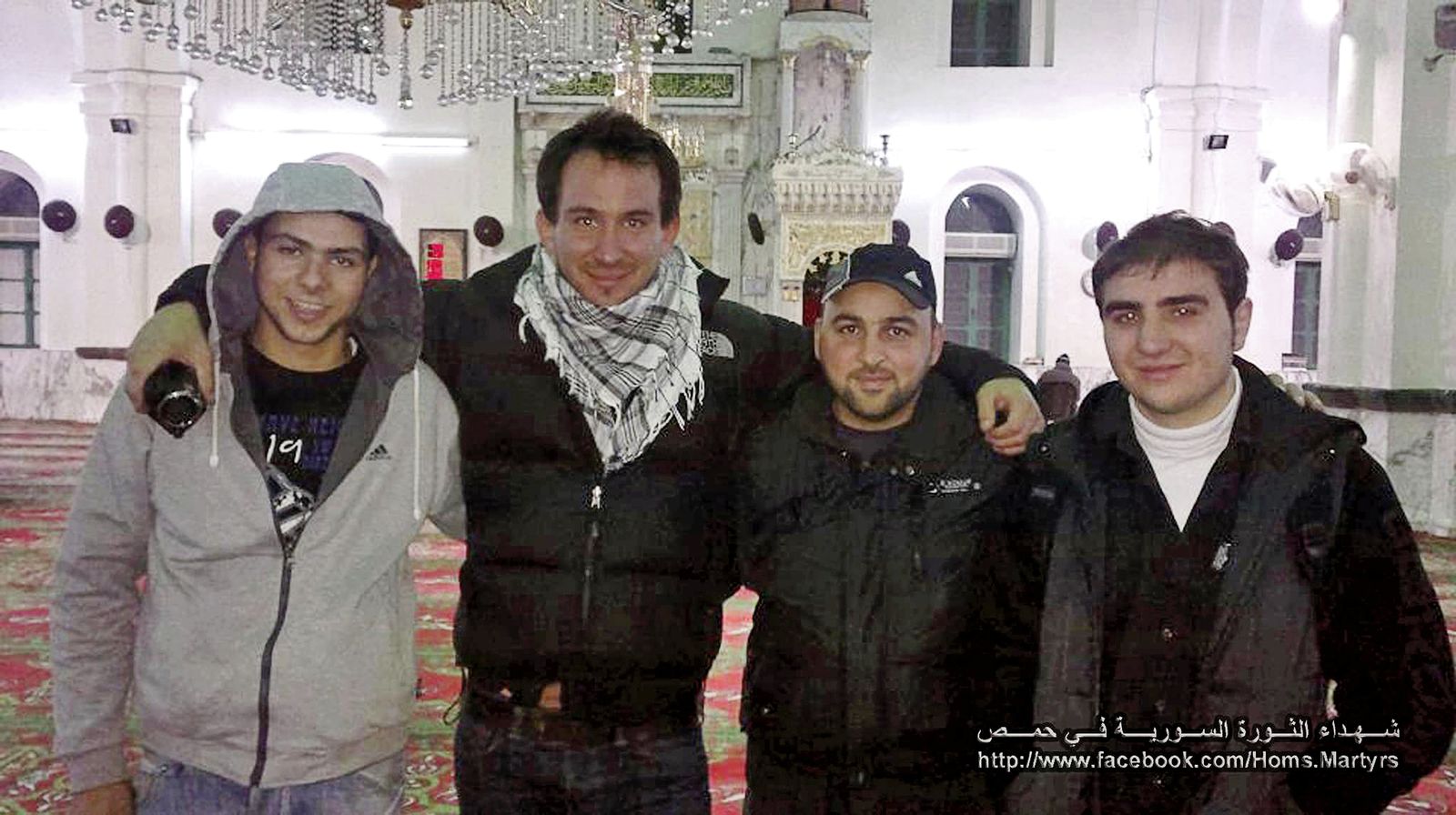 Homs, January 2012: SPIEGEL photographer Marcel Mettelsiefen (second from left) poses for a photo with three rebel media helpers in Homs: (from l. to r.) Abu Mohammed, Abu Yassir and Mashar Tayara. All three of them would soon be dead. In early January, the United Nations raised its estimate of the number of people killed in the uprising to more than 60,000.