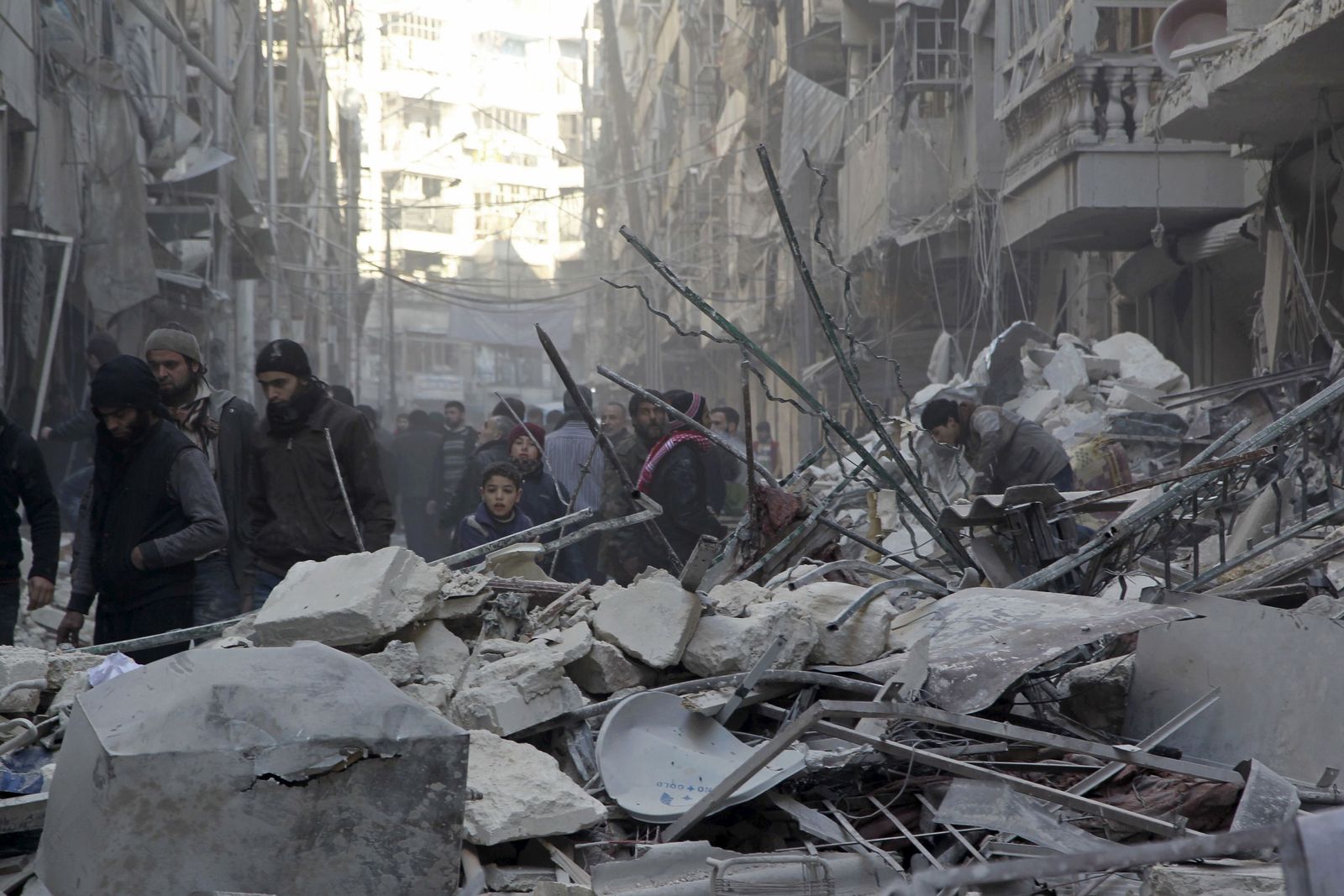 Residents inspect damage after airstrikes in Aleppo earlier this month. In an editorial published in the Washington Post last week, historian and journalist Michael Ignatieff wrote that if the US and NATO allow the siege of Aleppo to proceed, they will be "complicit in crimes of war. Aleppo is an emergency requiring emergency measures."