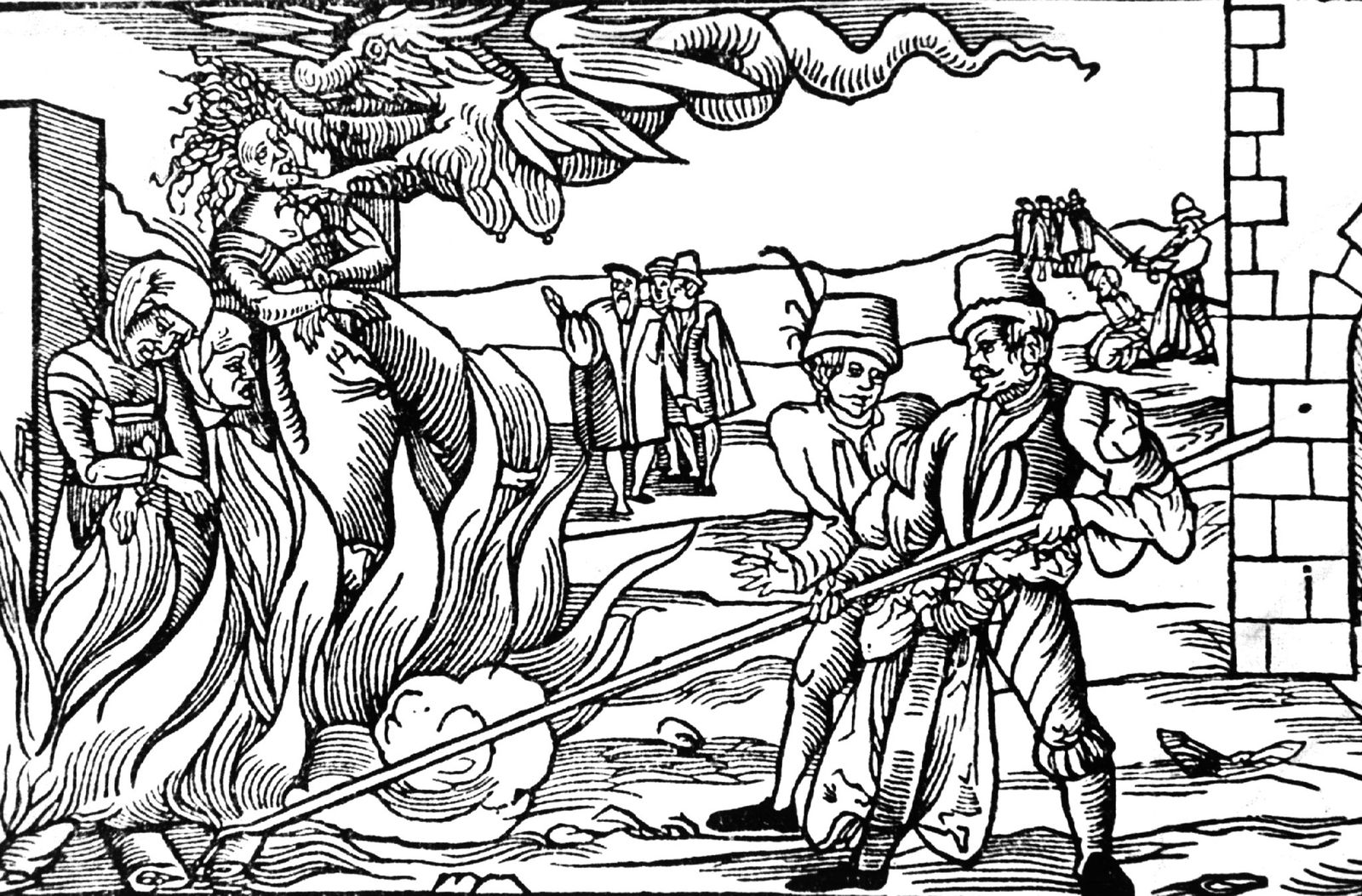 Some 25,000 alleged "witches" were executed between 1500 and 1782 in Germany. Germany was responsible for the deaths of some 40 percent of the 60,000 witches who were tortured and killed in Europe during the infamous era, says witch-trial expert Hartmut Hegeler. This woodcut shows a witch being burned at the stake in Dernburg in 1555.