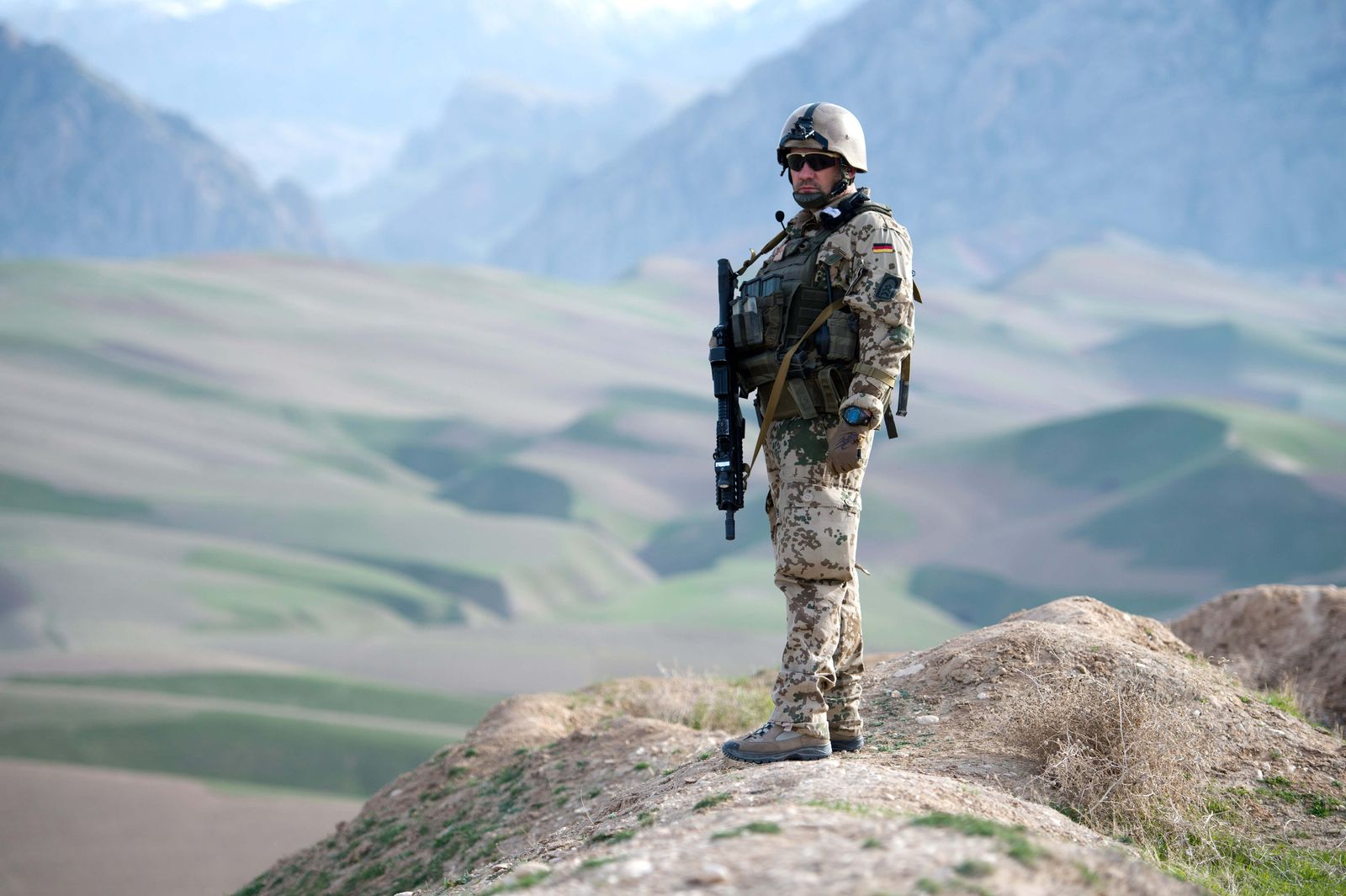 Islamists in the country see them as traitors for cooperating with foreigners. The Taliban has repeatedly declared that death awaits the "collaborators with the enemy." Many Afghan employees of NATO have already been murdered, while others could face grim prospects when their protectors leave. Here, Bundeswehr soldiers search for an improvised explosive device near Nahr-e-Sufi in 2012.