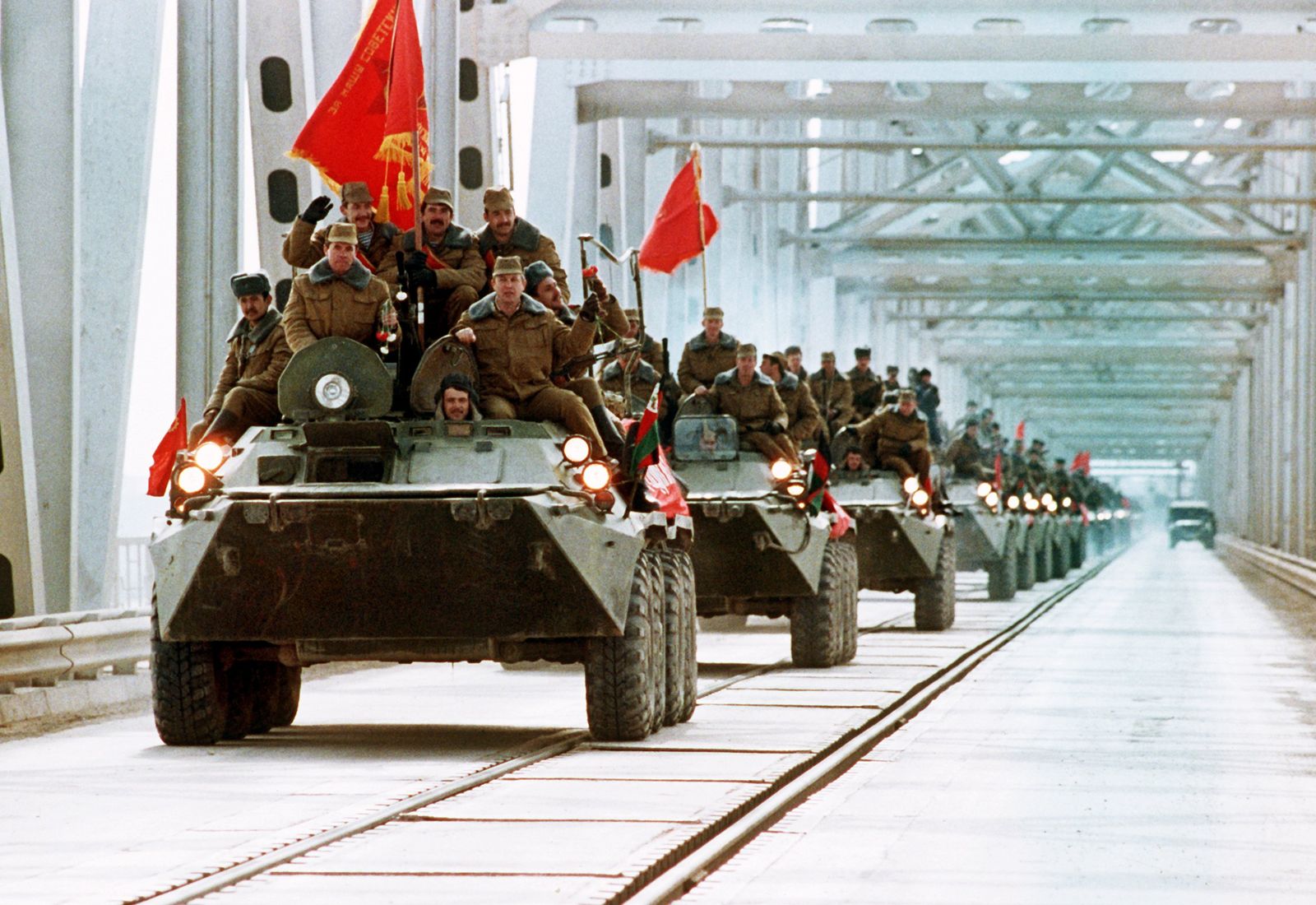 Soviet troops retreat from Afghanistan in 1989: Rashid happened to be in Kabul in 1979 when Soviet tanks invaded the country. His articles on the Soviet invasion proved to be his breakthrough.