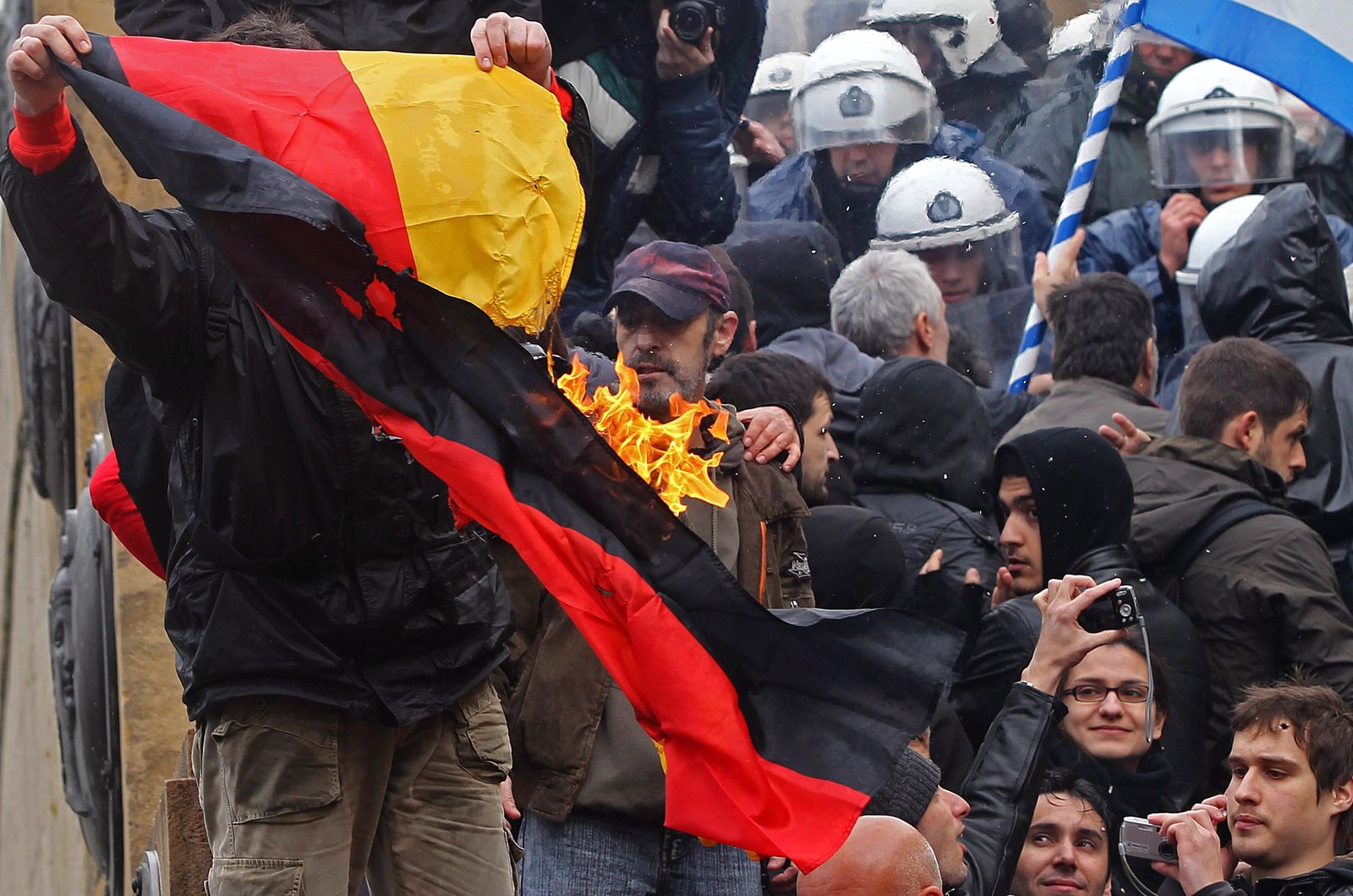 So too have German flag burnings. It is widely believed that Chancellor Angela Merkel has been the driving force behind European Union demands for additional austerity measures in Greece.