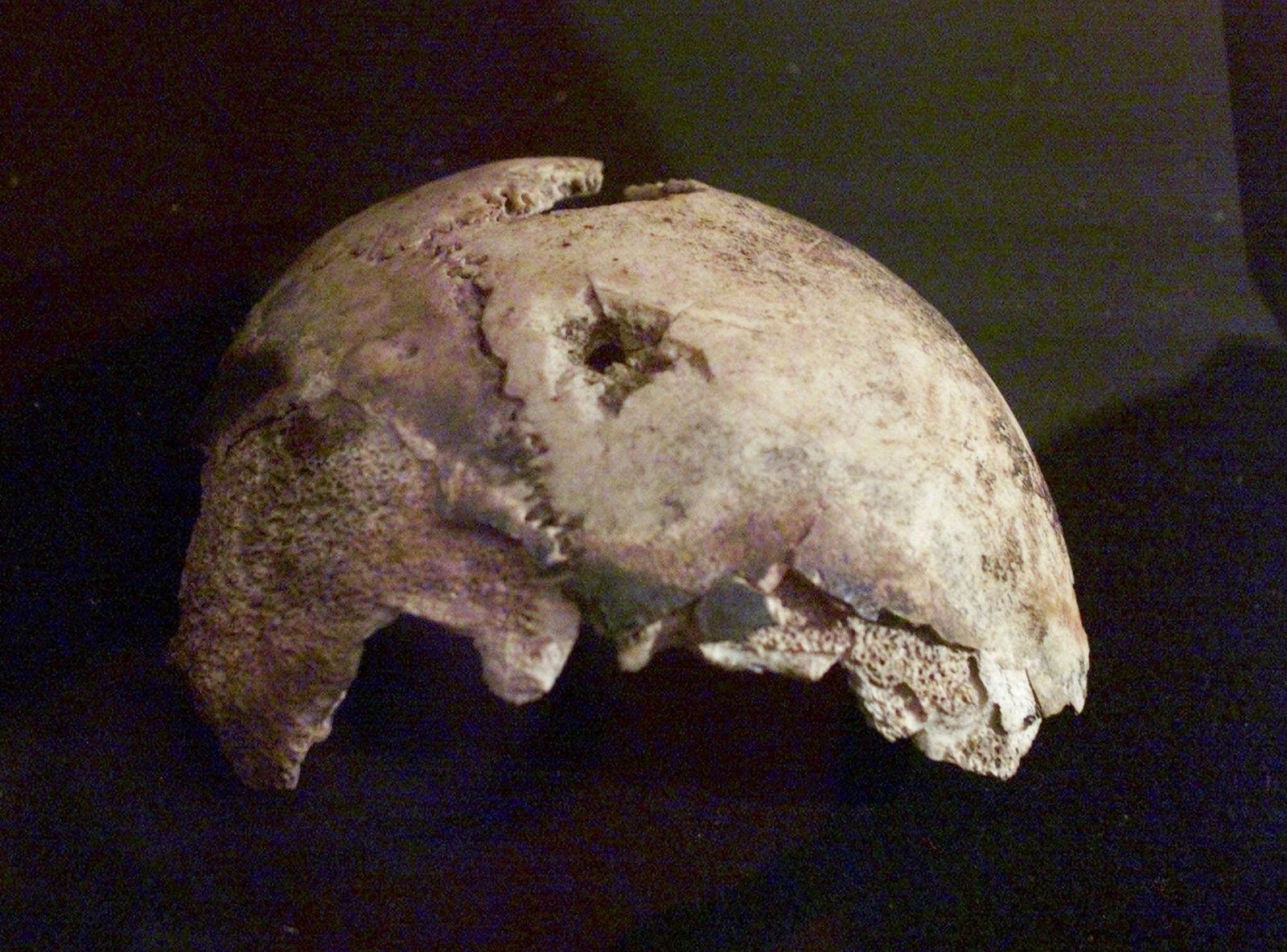 The bone of contention. American researchers believe it comes from a young female because the bone is relatively thin. And the exit wound of the bullet is in the wrong place, they claim. 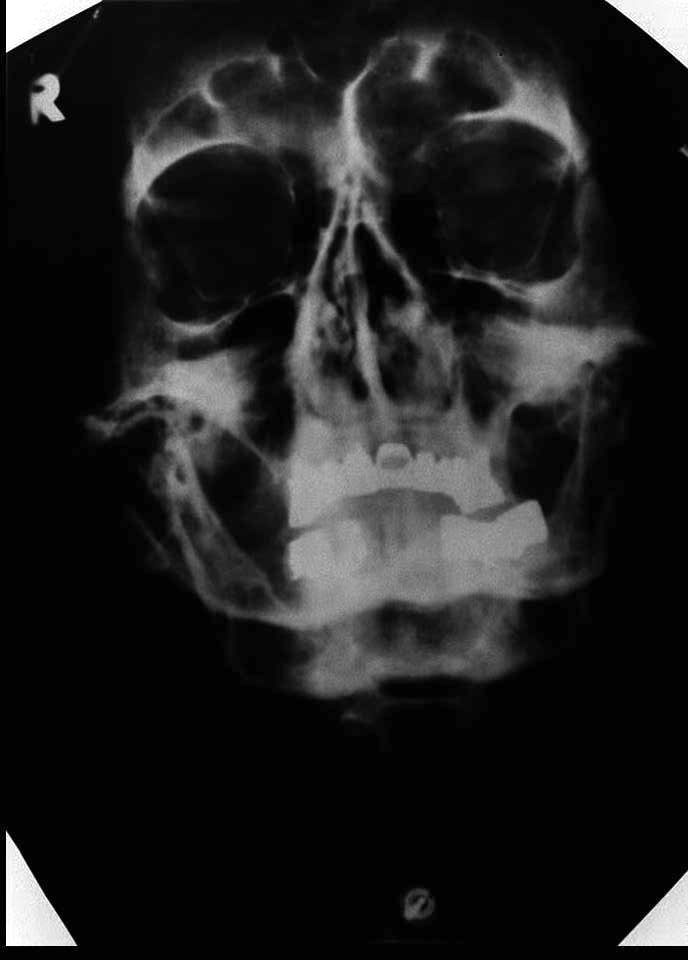 An X-ray photograph of Hitler's head dated 1944. The skull shown in Moscow is that of a woman, researchers believe.