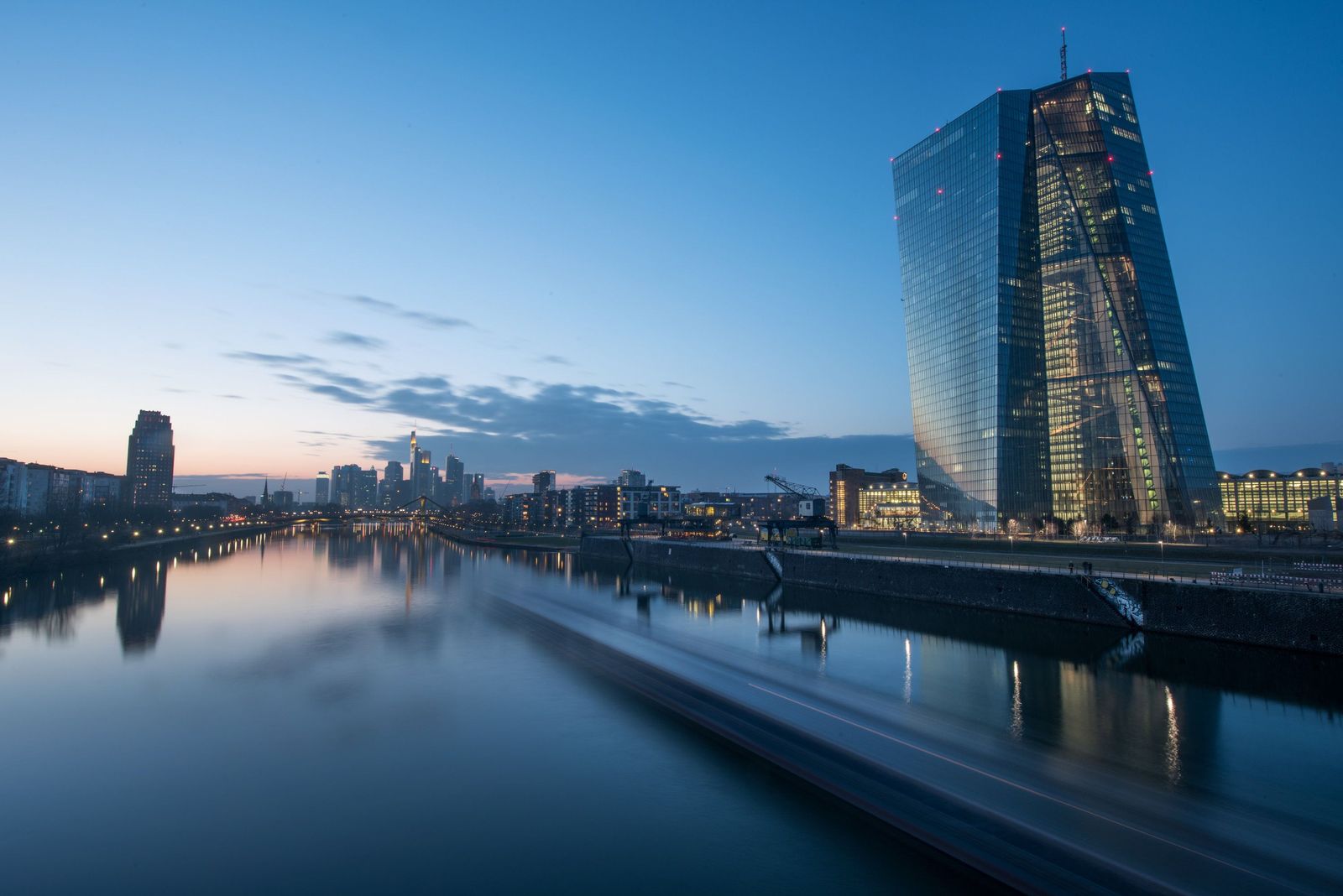 The European Central Bank, whose new headquarters are seen here in Frankfurt, is preparing for the possibility of Greece leaving the euro zone. Officials are performing internal simulations to determine how the rest of the euro zone could be kept together if Greece goes. ECB officials believe the chances of a Greek exit have increased in recent days. 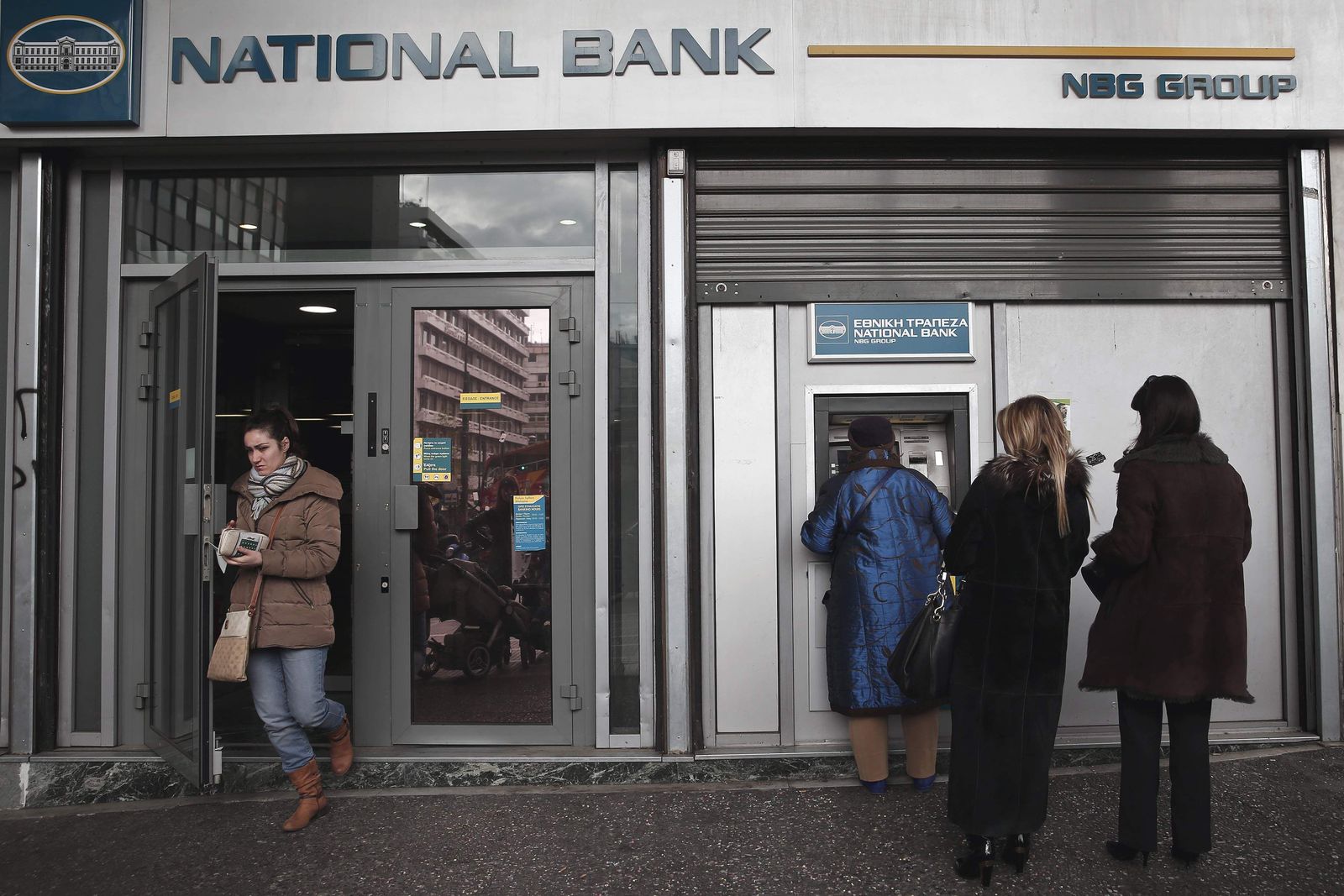 Despite their strenuous denials, ECB officials are urgning Athens to finally implement capital controls in order to put a stop to ongoing capital flight. Every day, Greeks are sending in excess of 1 billion euros abroad, the ECB believes. 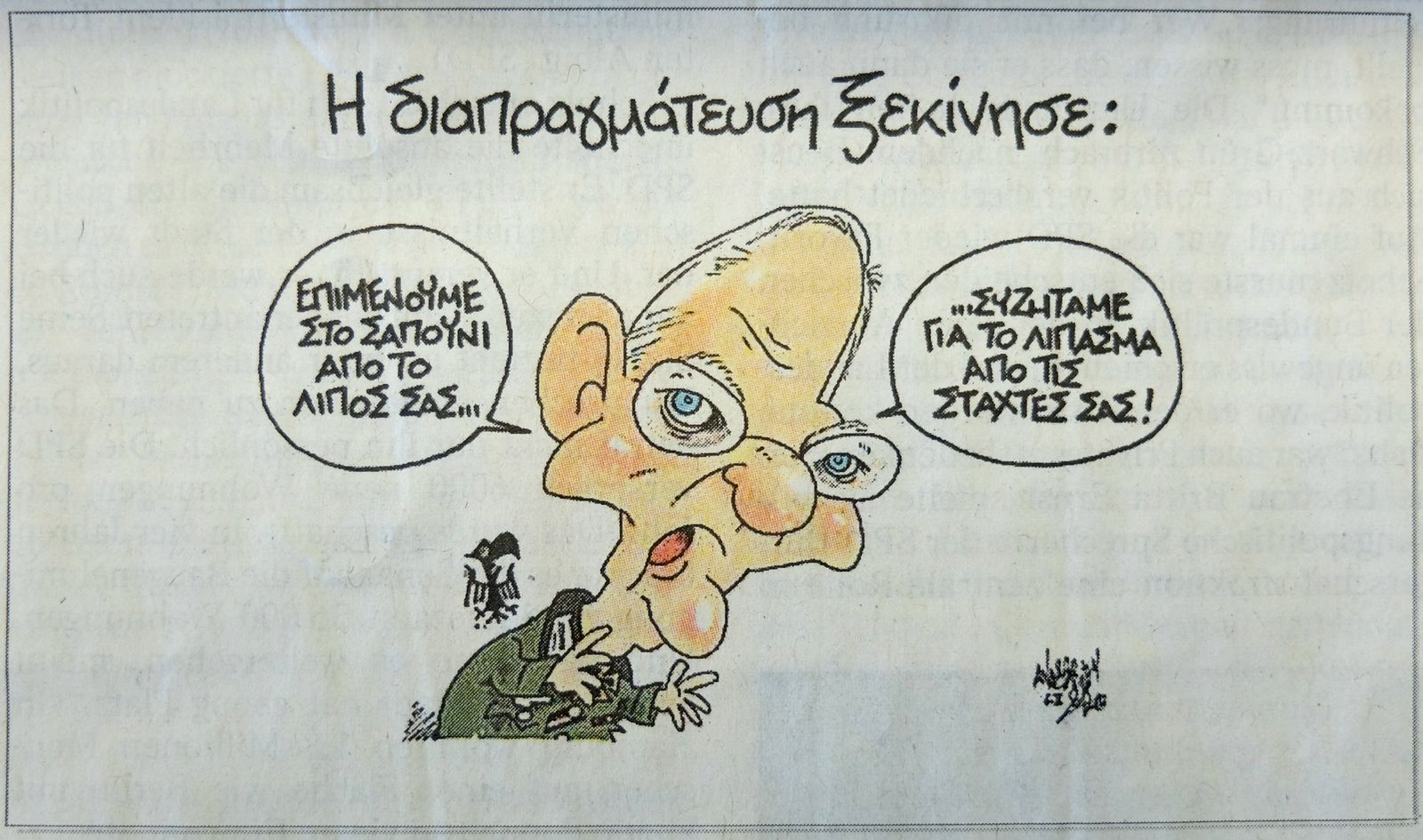 Animosity in Greece toward German officials has been apparent in recent weeks. A cartoon that ran in the Greek leftist newspaper Avgi, or "The Dawn," last week featured a caricature of Schäuble with the captions, "We insist on soap from your fat" and "we are discussing fertilizer from your ashes." Schäuble is depicted wearing a Nazi uniform and the references are clearly to the Holocaust. 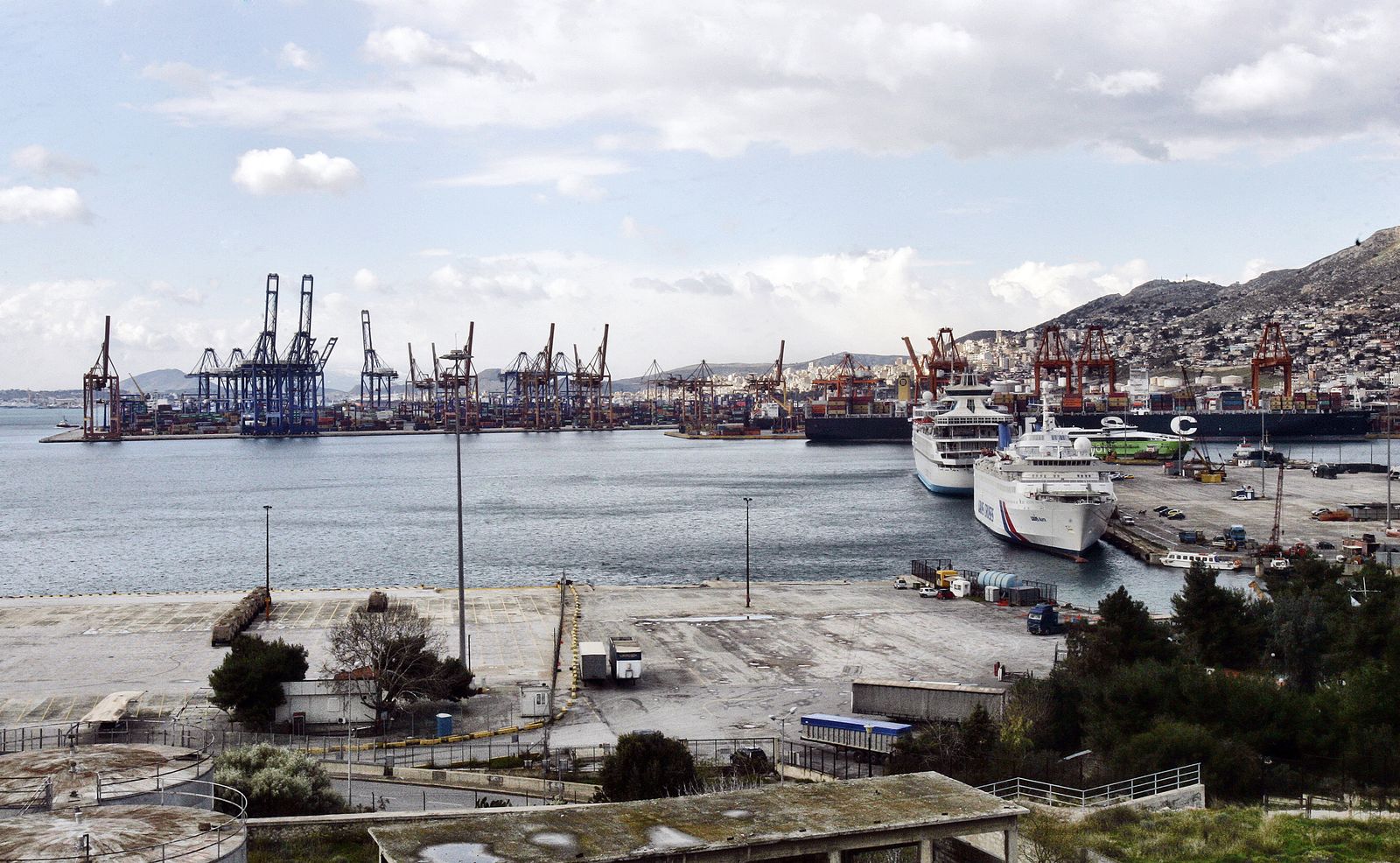 Shipping container cranes line the Pireaus cargo port on Feb. 11. Athanassios Kelemis, the chairman of the Greco-German Chamber of Commerce, warns that "2015 will be a lost year for the Greek economy" as a result of the new government's dispute over the terms of its loans.