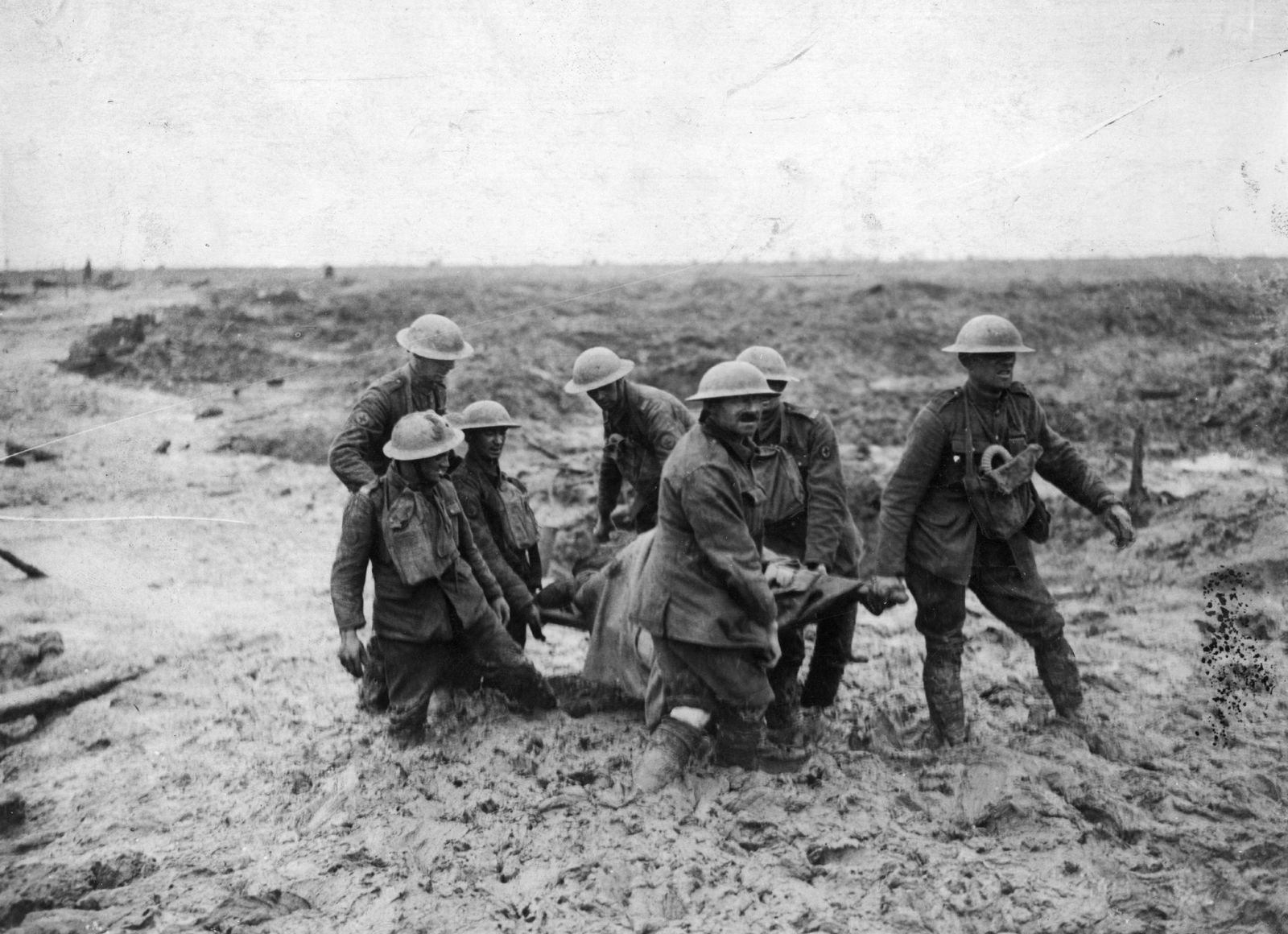 Stretcher bearers carry a wounded soldier in Flanders. The Western Front saw some of the most violent and deadly battles ever seen in the history of warfare.