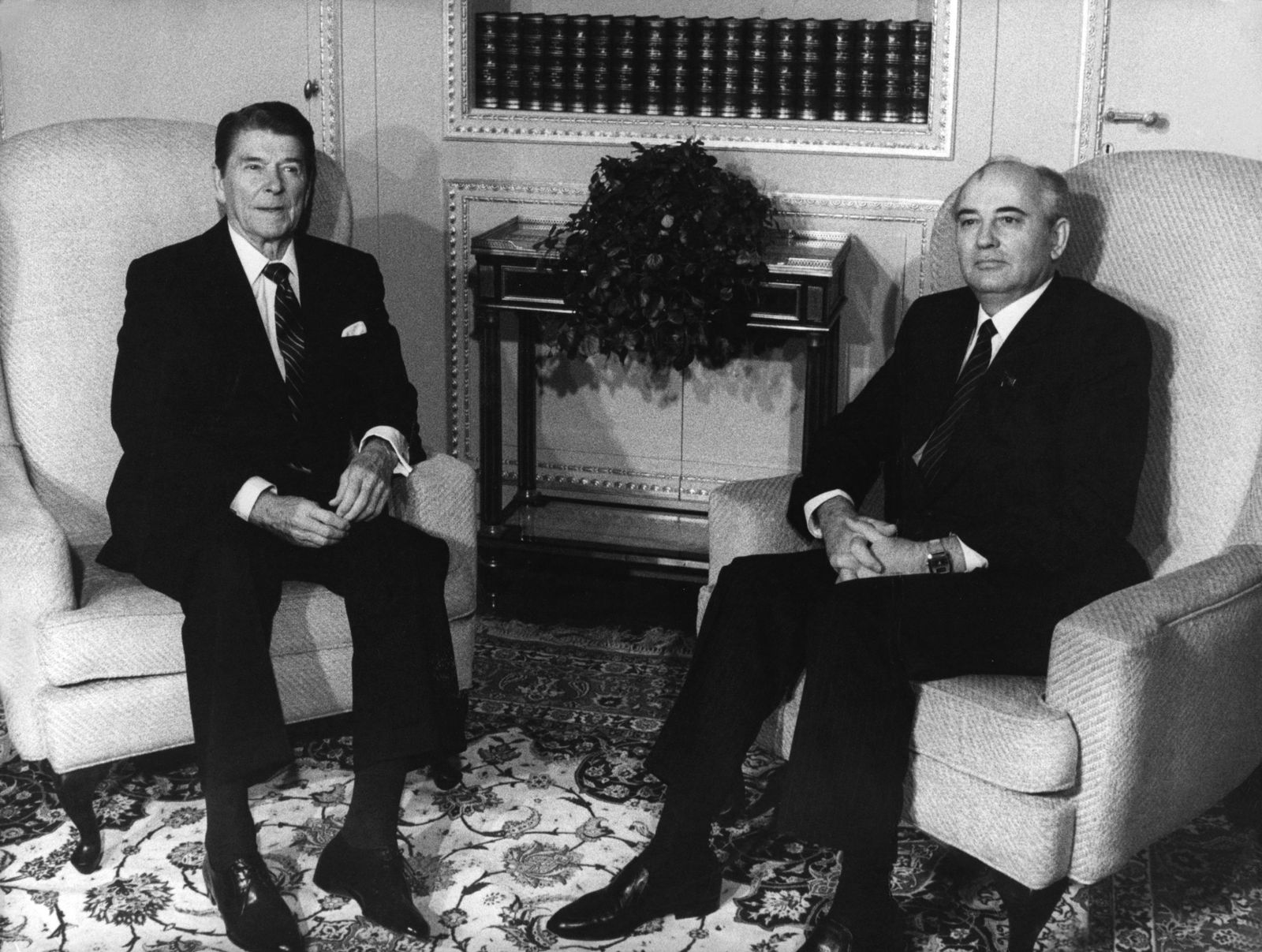 Gorbachev meets with US President Ronald Reagan in Geneva in 1985. The two leaders held a series of summits which led to a rapid rapprochement between the US and the Soviet Union.