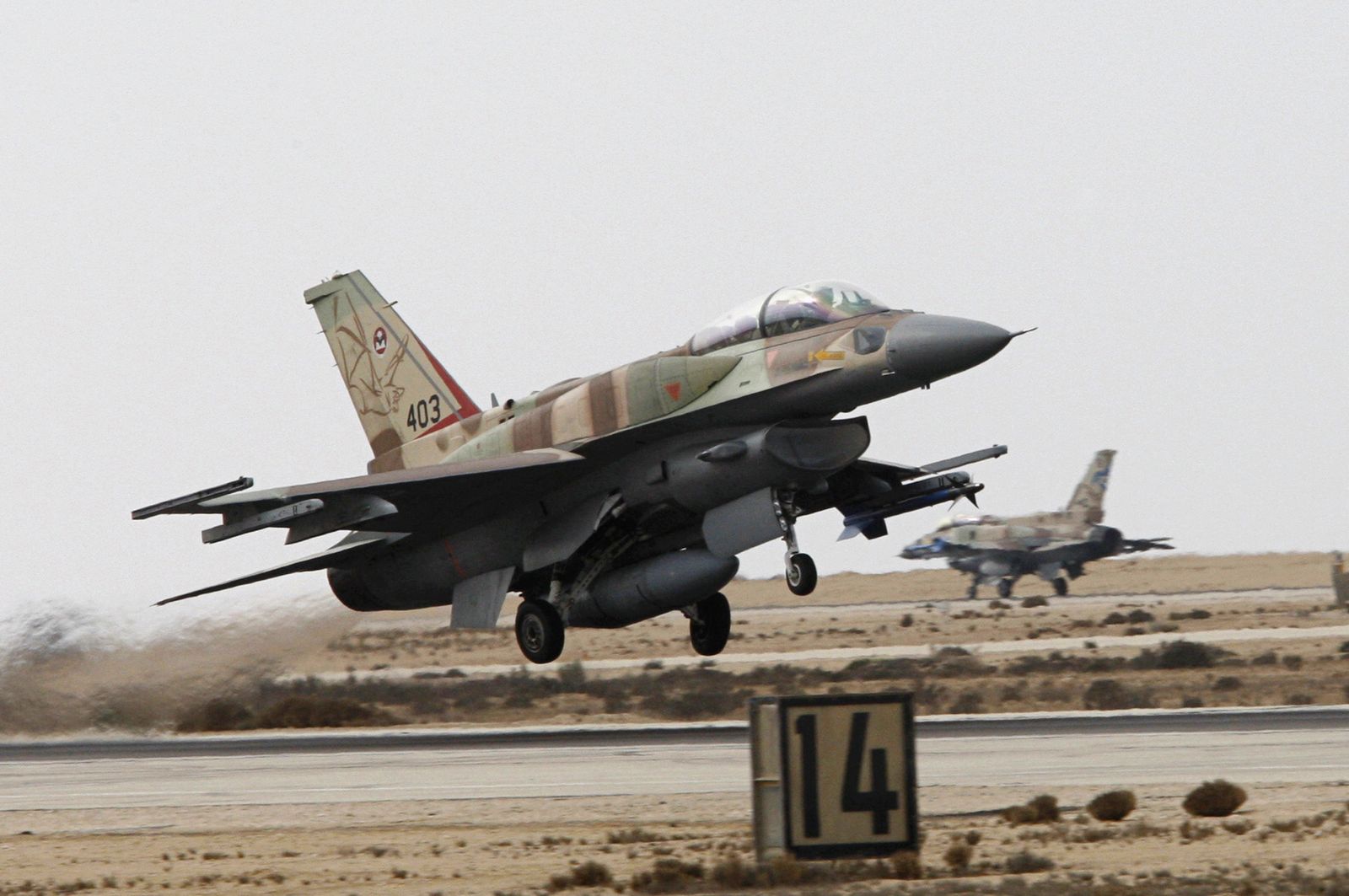 An Isreali F-16I figher jet: Meanwhile, Israeli politicians are debating whether to launch an attack against Iranian nuclear facilities believed to be part of an effort to obtain nuclear weapons. Though the Obama administration has warned Israel against taking unilateral action, support for such a strike can be found among most of the remaining candidates to become the Republican nominee in the upcoming US presidential election.