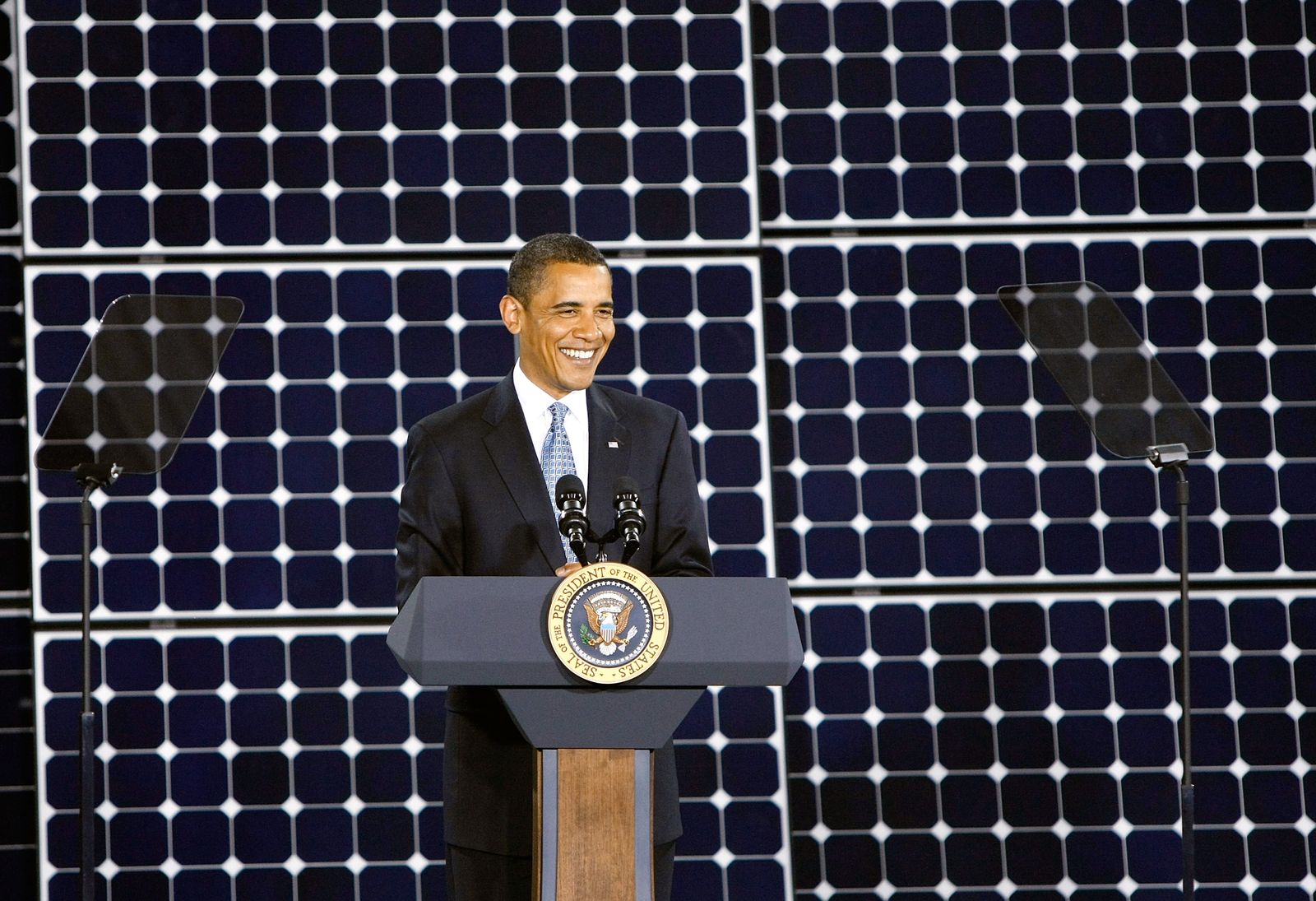 US President Barack Obama appears in front of a bank of solar panels at Nellis Air Force Base in Las Vegas, Nevada. "America must lead," the president has said. "If we do nothing, the efforts of the rest of the world will never be sufficient," says environmental activist and former US Vice President Al Gore.