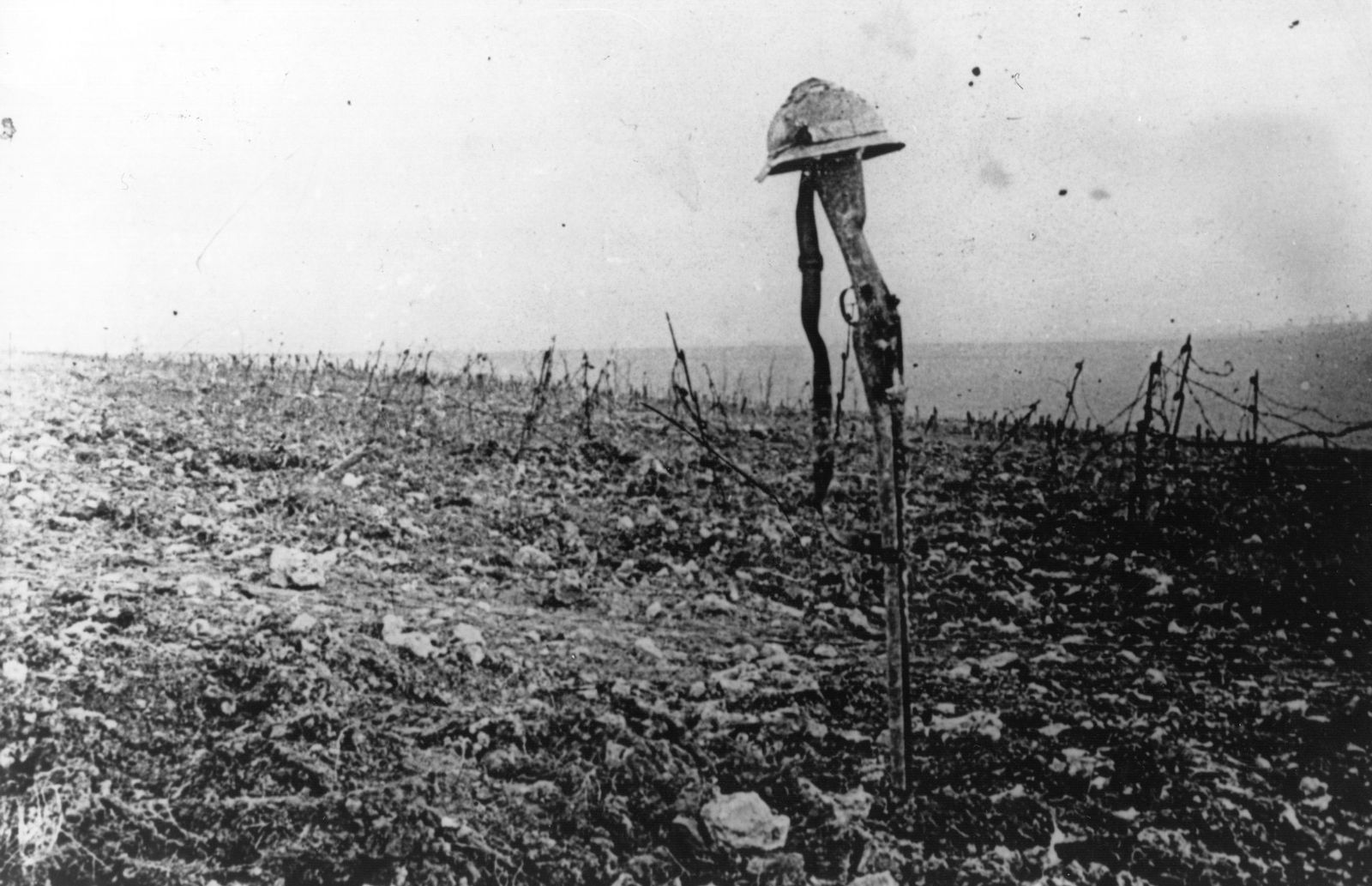 In contrast to Germany, France does not treat the war as a remote and de-emotionalized part of history, but as the vivid subject of what historian Nicolas Offenstadt called a "social and cultural practice," or "Activism 14/18." The nation, internally divided, plagued by self-doubts, and at greater risk than ever of falling behind in the competitive struggle of a globalized economy, is turning inward to find refuge and protection. Here, a French soldier's grave, marked by his rifle and helmet, on the battlefield of Verdun.