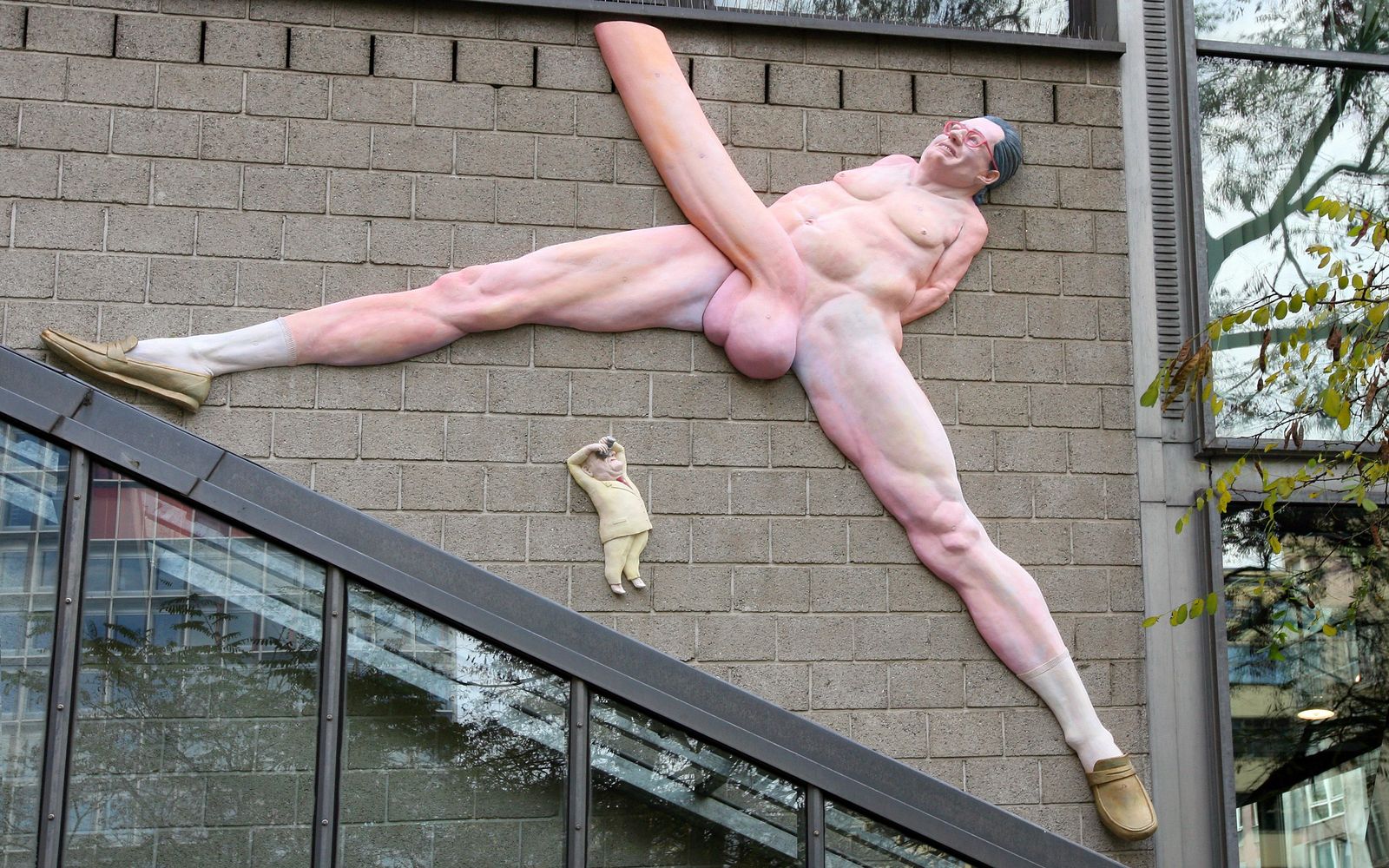 The sculpture by Peter Lenk shows a naked Kai Diekmann, who is Bild's editor-in-chief, with an enormous penis. 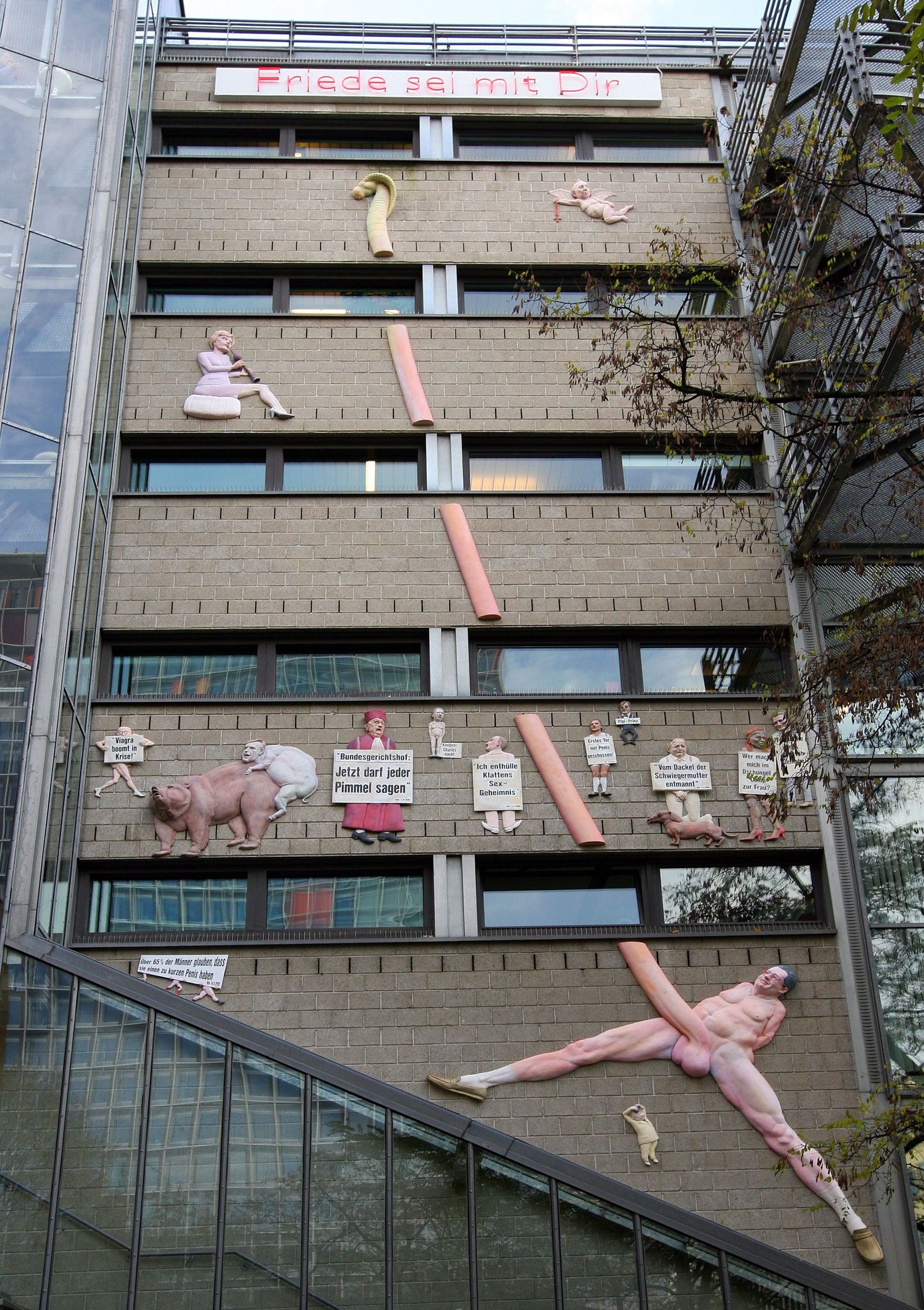 The Taz sculpture in all its glory.