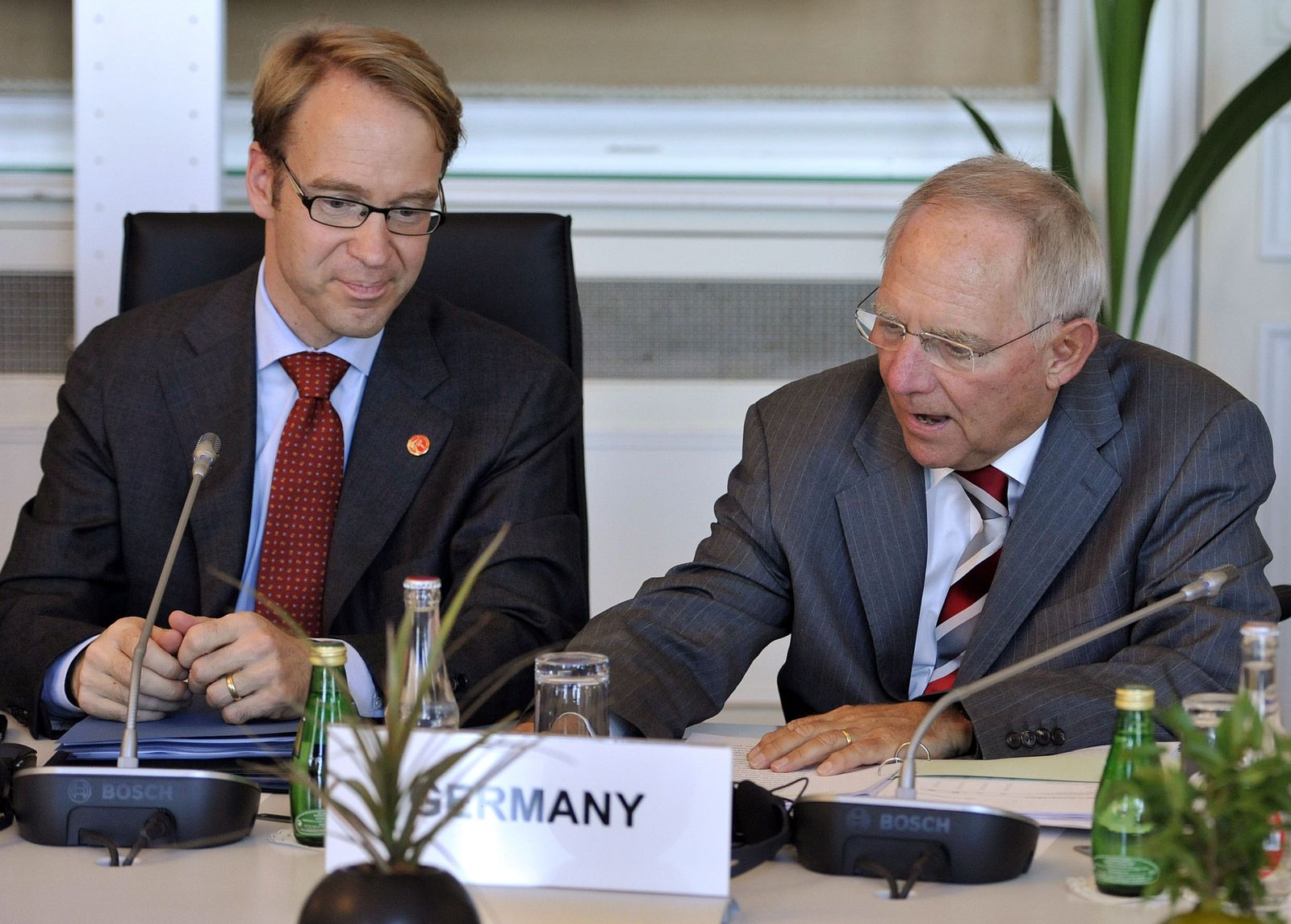 Weidmann together with German Finance Minister Wolfgang Schäuble in 2011. Germany's message has often been "our way or the highway" and Weidmann has been a key figure behind that message.