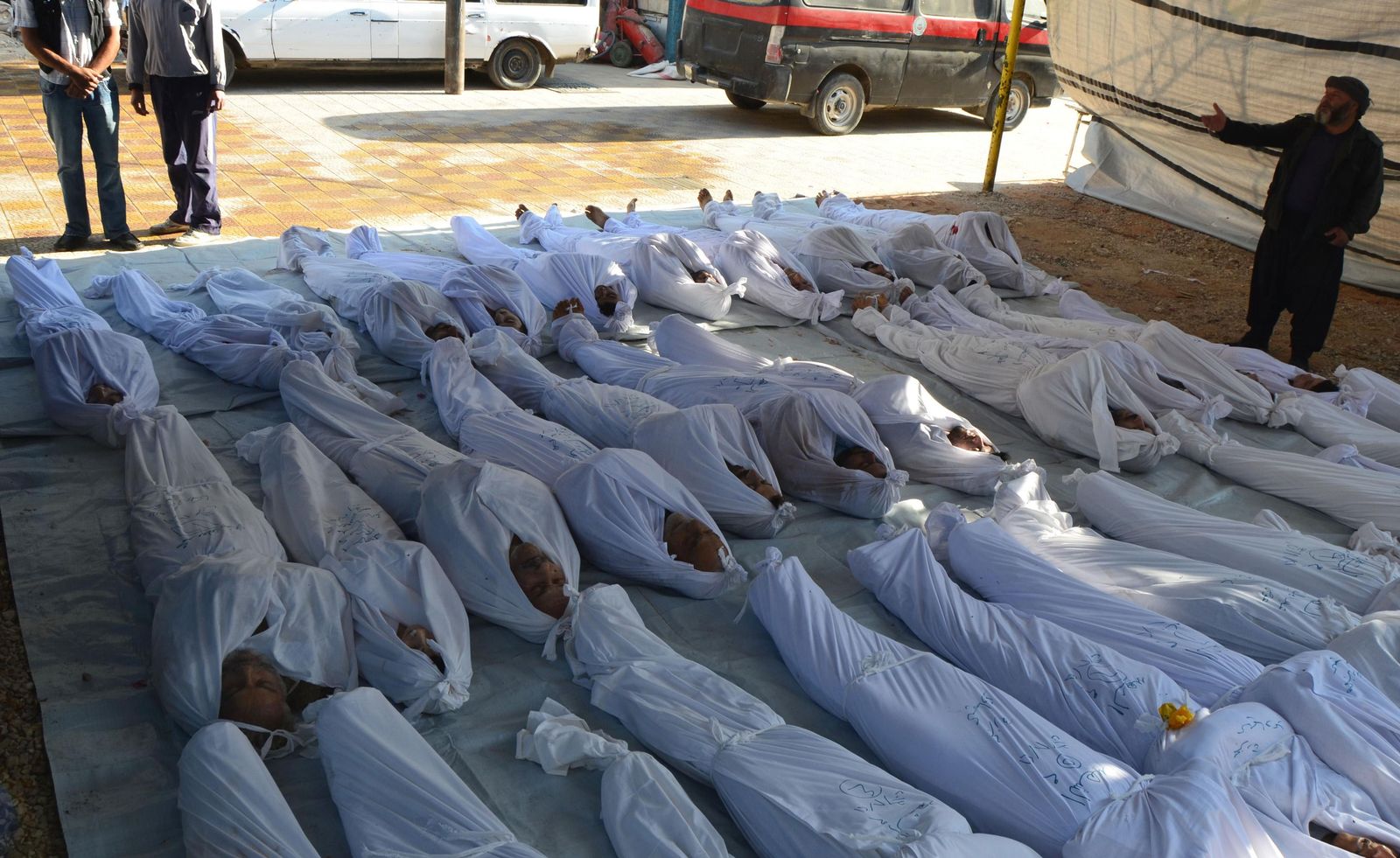 At about 3 a.m. on Wednesday, rockets carrying chemical weapons fell to the ground in several parts of the East Ghouta district east of Damascus, as well as in Darayya and Muadhamiya in the southwestern part of the city. Here, activists inspect the bodies of people they say were killed by poison gas. 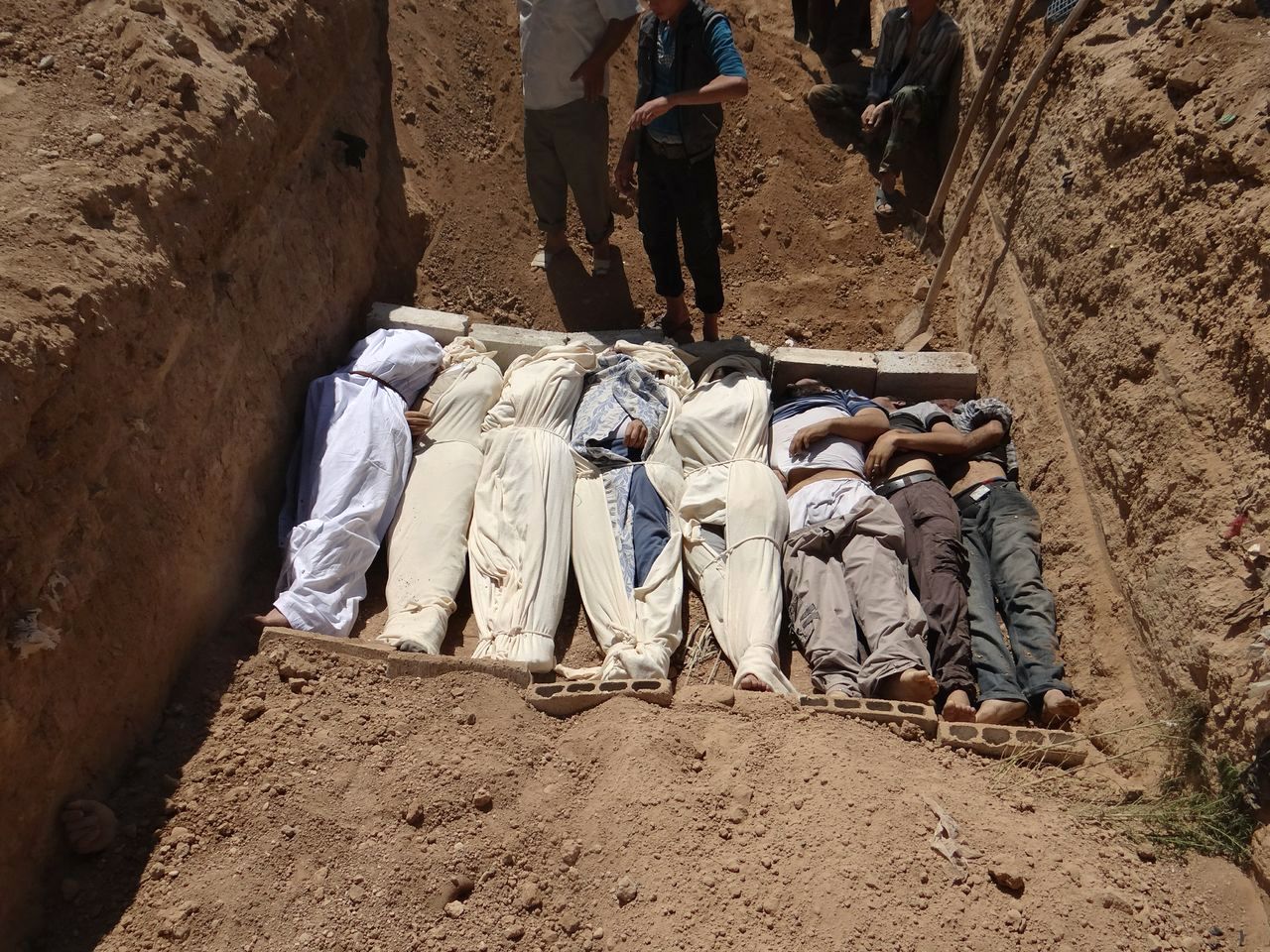 Under Islamic religious law, the dead must be buried within a day, but it is almost impossible to simply leave bodies lying in the mid-August heat without electricity and cooling anyway. Many of the dead had already been buried by Wednesday afternoon and Thursday morning, often in mass graves. Here, a photo provided by rebel-aligned Shaam News Network and authenticated by AP, showing several bodies being buried in a suburb of Damascus.