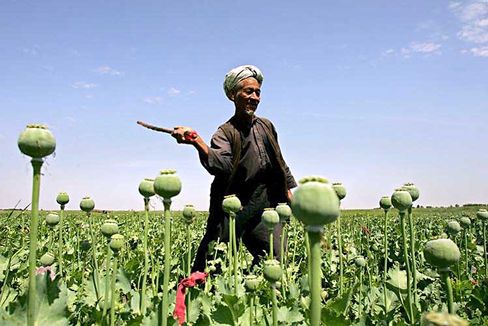 Afghan leader Hamid Karzai is facing increasing criticism in Kabul. Indeed, the talk these days is not of an additional term for the 48-year-old president, but rather who will succeed him. His time in office has been a sobering one: Afghans are deeply disappointed by the slow pace of reconstruction, an abysmal security situation, rampant corruption and a flourishing drug trade. Many chastise Karzai for being too docile in his dealings with corrupt governors and police chiefs and for maintaining ties for the country's former warlords. But Karzai's latest troubles are closer to home in nature: They center around allegations that one of his brothers is involved in drug trafficking. His younger brother Ahmed Wali Karzai is influential among the Popalzai, a Pashtun clan, in Karzai's home province of Kandahar and is the chairman of the provincial council. It is believed the Ahmed Wali is also the head of a group involved in opium and heroin trafficking that smuggles drugs to the West through Iran and Turkey. Sources in security circles claim that he provides protection for drug transports in southern Afghanistan.

Karzai, who has named fighting the poppy problem his most urgent task disputes the accusations against his brother. And SPIEGEL has learned that he has asked the United States ambassador to Afghanistan, Ronald Neumann, for a neutral investigation. Afghanistan currently accounts for 90 percent of the world's opium production, and the United Nations estimates that illicit drug sales comprise about 52 percent of the impoverished country's gross domestic product. Though millions of dollars are being pumped into programs to eradicate opium cultivation, the agricultural sector continues to grow like a cancerous tumor. 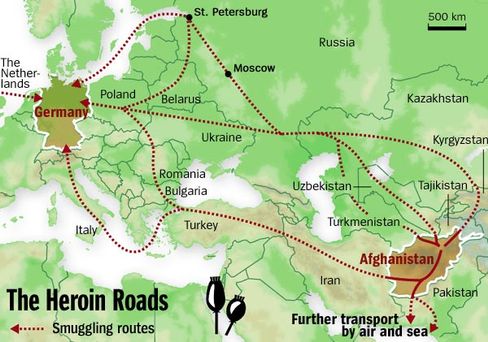 Washington is still supporting Karzai, but the United States is having its own problems in Afghanistan at the moment. The US high command has called on soldiers to use more reserve in their dealings with Afghan civilians. Aggressive driving and behavior, obscene gestures and threatening people with weapons just serves to provide ammunition to the enemy, stated an e-mail sent by an lower-ranking officer that was later distributed by Peter Schoomaker, the Army's chief of staff. In May, incidents that led to the deaths of civilians in Afhganistan triggered spontaneous anti-American protests. Crowds at the protest also burned images of their president in effigy and chanted: "Death to Karzai!"