It's already too late. Hanau is not an alarm to shake you into wakefulness, but rather the consequence of ignoring the shrill warning chimes of the last decade. It is too late because people are dead. There is no way to make this better again. Not today. Not tomorrow. Never. Nothing can bring them back, and no political measures taken now after the fact can change what has occurred.

A Turkish newspaper interviewed a young survivor in the hospital who introduced himself as Muhammet. He explained how he had been shot in the shoulder and fell onto another victim who was bleeding from the neck. He described how they lay tangled together. One beneath him. Others on top. The man wounded in the neck told him: "My brother, I can no longer feel my tongue. I cannot breathe. Say the prayer for me.”

I didn’t know the Turkish word that the young victim used for prayer: Kelime-i şehadet. I watched the video five times and called Turkish-speaking friends, because I wanted to understand what he was saying. He describes in the video how he and the other victim upon whom he lay cried out together for the others to say the prayer Kelime-i şehadet. But no answer came. They cried into the void: The others were already dead.

For those who would like to say this prayer to mourn these people as they had wished, the Turkish transcription of the Arabic verse available on the internet is as follows: Eşhedü en la ilahe illallah ve eşhedü enne Muhammeden abdühü ve resulühü.

The least we can do now is to stand with the families of those who died. First and foremost this means -- and it's a bitter pill that one even needs to mention this -- that politicians, government organizations, and the media should not harass them, as they did for years with the relatives of victims of the National Socialist Underground (NSU). There should be a complaints office at the highest level of government for these relatives to report every incident of discrimination, every attempt to downplay or ignore, every impatience -- for them to determine the relevance of their grievances and immediately receive aid. In addition, such solidarity must mean politically that it is their voices which matter now. Whatever they have to say: We must listen with sincerity.

These are things which would be self-evident in a unified and solidary society. But this is not a solidary society, but rather one which has never shown serious interest in breaking from the fascist continuity of this land.

It is a society which pathologizes Nazis wherever possible and downplays their violence, a society which bargains over every memorial to their victims—be it Amadeu Antonio in Eberswalde, one of the first victims of far-right violence after German reunification, or Halit Yozgat in Kassel, who was murdered by the NSU. A society which always sees hate and the potential for violence in others. In "others” who are construed discursively as "foreigners” and are retained this way for the projections of mainstream society. These are not foreigners. But it is a sign of one’s own estrangement to view them as such. It’s all been said before: Racism is deeply anchored in the mainstream of our society, and Nazis don’t simply rain down out of a clear, blue sky in Germany.

They grew up here; they’ve found fertile pastures here on which to thrive. They could and they still can exist for years unchallenged in the underground scenes of this country: networking with one another, but also with the police, military and the domestic intelligence service that is supposed to be tracking them.

Was It Just Another Day?

All of this is already known. And yet the files on the NSU remain locked away and classified by Hesse’s state domestic intelligence agency. So-called democrats gesticulate rhetorically -- at least since the last parliamentary elections -- to learn how to talk with Nazis, rather than learning how to listen to their victims. No, flowers and candles are not enough. Addressing racism is the great and urgent duty of this state. The entire security apparatus must be directed toward uncovering Nazi networks and providing maximum protection for those potentially threatened by their actions -- no matter what resources this might require.

Every person murdered by Nazis in this country also dies because the state has not fulfilled its duty to protect them adequately and because the status quo of our society fails to reflect upon itself.

Every single individual can ask themself: What happened in your heart when the news from Hanau broke? Nothing? Something? What exactly? Apathy? Fear? Fear of what? Anger? Anger at what? Who felt empathy for the dead and for those who survive them? Who rubbernecked? Who was impatient? Who had no clue that anything happened at all? Did you talk about it in the office or was it simply just another day?

Riding the train, I didn’t notice any difference from one day to the next. Everyone can ask themselves what effect these murders had on them. And if that effect was nothing, if this society is incapable of sincere mourning, perhaps we can also ask ourselves why that might be, and search for our own humanity. One of the survivors in Hanau told the prime time news program Tagesschau: "We say that those who murder one individual kill all humanity.”

In order to better understand him -- because the ability to mourn, like the ability to respect, is something which must be worked for, learned -- I looked up this saying. I found out that it is a verse from the fifth Surah of the Koran concerning Cain’s murder of his brother, Abel: "whoever kills a soul (…) it is as if he had slain mankind entirely. And whoever saves one -- it is as if he had saved mankind entirely.”

The NSU murders, the attacks in Hanau -- these have done violence to our humanity. This is not a solidary society, but perhaps there is still time for it to learn solidarity. Time for it to become a land of protectors and not one of murderers.

This will not bring back the dead: May they rest in peace. I bow my head to those they leave behind.

Translated from the German by Jon Cho-Polizzi

Deniz Utlu, was born in Hanover in 1983, and is a novelist, essayist, and human rights researcher. His second novel, "Gegen Morgen" (Towards Morning) was published by Suhrkamp in September 2019. His debut novel, "Die Ungehaltenen" (The Indignant) was published in 2014, and adapted for the stage by the Maxim Gorki Theater in 2015. From 2003-2014, he was editor of the culture and society magazine freitext. He curates the literary series Prosa der Verhältnisse (Circumstantial Prose) at the Maxim Gorki Theater. For more information about the author, please visit: denizutlu.de 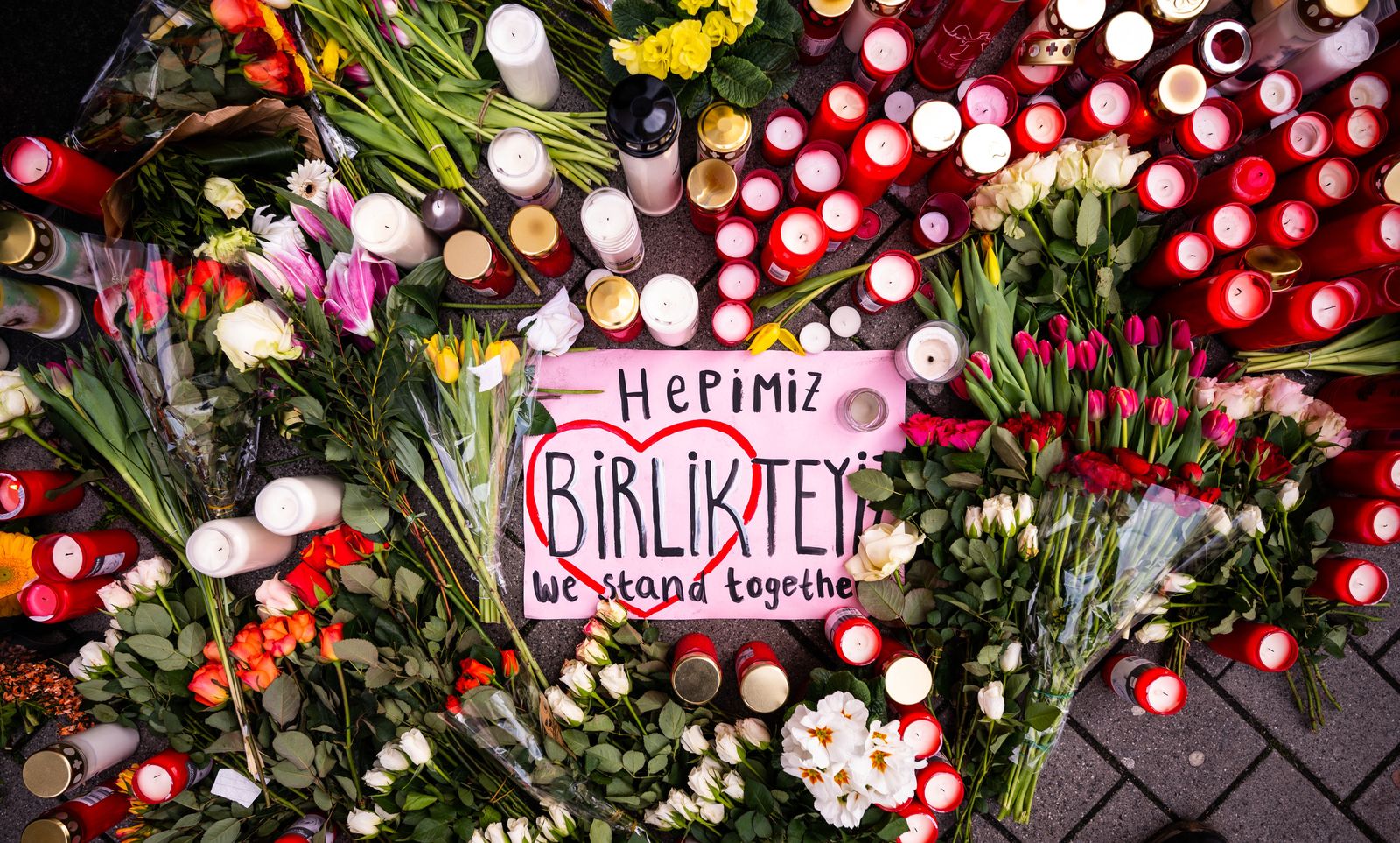