They flood residential neighborhoods with heavy rains and leave public spaces sweltering in extreme heat: Urban planners and decision-makers at the Austrian Institute of Technology (AIT) in Vienna play out various future scenarios on the interactive projection screens of the AI-supported City Intelligence Lab (CIL) to better equip metropolises in the battle against climate change.

"Our vision is to inscribe a climate DNA into cities," says Nikolas Neubert, who heads the Digital Resilient Cities and Regions department at AIT. His team uses artificial intelligence to help plan cities in ways that make them climate resilient, while at the same time creating the smallest possible environmental footprint.

A future laboratory for urban planning: Artificial intelligence can be used to simulate various scenarios.

The AI software simulates conditions to determine how suitable areas are for new residential projects and looks at how architecture, distances between buildings or green roofs affect air quality or rainwater runoff. It can also examine the influence new train stations or the design of pedestrian zones might have on pedestrian or vehicle traffic flows and CO2 emissions.

"But AI alone should not determine what our cities look like," says Neubert. The institute has already developed a climate adaptation strategy for cities like Linz, Austria, where temperatures sometimes reach 40 degrees in summer. The approach includes more green spaces and trees, green roofs and facades, and sun sails or water sprinklers that are activated in extreme heat.

It’s not only architects and urban planners who are harnessing the power of artificial intelligence to adapt to and mitigate climate change. Researchers, environmentalists and companies are also relying on algorithms that automatically evaluate large volumes of information or images and identify trends in forests, oceans, transport or energy production, for example – or that derive forecasts from various data sources.

AI can analyze vast amounts of data to detect patterns like environmental degradation in rainforests.

Studies by consulting firms suggest that companies could massively reduce their emissions in the future with the use of AI applications – and some even expect an AI-driven "sustainability revolution." Nonetheless, experts warn against viewing AI as a silver bullet in the fight against the climate crisis.

"AI can be used as a tool for anything," says Lynn Kaack, who researches climate change, AI and public policy at the Hertie School in Berlin. "New technologies can promote climate protection, but they can also lead to increasing greenhouse gas emissions when, for example, oil companies use machine learning to extract resources more efficiently." In addition, many applications are still very much in their infancy, and their impact on climate change is not yet measurable.

The extent to which AI tools, with their complex computing operations, contribute to high energy consumption is also unclear at this point. Here, too, more precise data is lacking on the computing power that is attributable to AI applications. "We will perhaps be able to determine in several years whether artificial intelligence has an overall positive or negative impact on the climate – or almost none at all," says Kaack.

Lynn Kaack, a researcher of climate change, AI and public policy at the Hertie School in Berlin.

Nonetheless, organizations and businesses are already using AI tools in day-to-day operations in some areas, from which the climate and environmental protection can also benefit. For example, AI analytics are helping companies in the energy sector to optimize their processes and curb emissions by better matching renewable energy supplies with demand.

"With renewables, for example, you need to have a good understanding of how power generation will vary over the next few minutes in order to react accordingly and possibly ramp up other power plants quickly," Kaack says. "With AI, energy companies can better predict the way power generation will act, and they can better decide how many power plants they need to have online to match power generation to demand." To do this, weather and historical data are analyzed, in some cases even including video data of clouds. According to Kaack, AI can achieve significant improvements over traditional forecasting methods.

Environmentalists track forest destruction: In some places, they can even replant forests using drones and AI tools.

Aerial photography and analysis tools also play a key role in the protection of large areas of forest and wetlands that are difficult to access. The automated analysis of images from satellites, drones or helicopters can reveal the consequences of the climate crisis for forests or the overexploitation of nature by illegal loggers, poachers or corporations – and makes it possible to document the damage and, in some cases, implement countermeasures.

In Australia, rangers fly drones over nature reserves to track changes in flora and fauna from the air, and AI software is used to evaluate the images. Algorithms are used to count animals or to analyze plant species and pests – and they can show where rangers need to intervene to destroy pests so that wetlands don’t become unbalanced. Some initiatives and companies even plant seedlings by drone. AI software in part controls the swarms of drones and evaluates where and at what angle the sowing of the tree or plant seeds is most useful.

Coral reefs form important ecosystems, but they are threatened with extinction around the world.

New technologies can also help in detecting problems under water more quickly. The oceans are important in the fight against global warming in that they absorb carbon dioxide and produce oxygen. But the climate crisis is causing water to acidify and ocean temperatures to rise, leading to hurricanes and rainfall and causing important ecosystems like coral reefs to die.

Algorithms are used to comb through aerial photographs to map coral reefs, identify species diversity and monitor reef health. Scientists at the German Research Center for Artificial Intelligence (DFKI) have developed an algorithm that classifies plastic waste floating in the oceans based on aerial photographs. The tool is intended to support governments in Southeast Asia, including that of Cambodia, in the fight against waste – and to make it possible to determine where it originates.

Meanwhile, the French software company Sinay is also using maritime data for environmental protection. It harnesses AI to calculate routes to help ships consume less fuel. Sound detectors also eavesdrop on marine animals to identity which species and how many animals are in a given area. Sinay has assembled its own underwater sound archive, which it continues to grow.

Their clicking noises give them away: Sound analysis identifies how many whales and other marine mammals are present underwater in specific locations.

"For example, the algorithm analyzes whether there are protected species in an area before the installation of wind farms and whether the designers need to change their plans," says Léa Manneheut, a data scientist at Sinay. If there are a lot of animals at planned construction sites, the noise pollution during the work can at least be reduced with certain insulation measures. Manneheut and her colleagues at Sinay have observed that companies are also paying increasing attention to environmental and climate aspects for image reasons. "There is growing pressure from the public," she says.

Researcher Lynn Kaack of the Hertie School says there is a still a lot of catching up to do in terms of interdisciplinary experts working together. Often, people who are interested in doing work don’t even know who to turn to for executing ideas. In response, Kaack co-founded the Climate Change AI initiative, a community that is aiming to better connect climate and AI experts.

"Scientists need more money for interdisciplinary research,” she says. "But ultimately, the most important thing is that projects are actually implemented – and that’s where things are falling short.” More support also needs to be given to startups. But she says it is also important to initiate KI projects at companies and organizations that already exist – with, for example, funding programs that enable AI experts to work at NGOs or companies so that they can implement concrete projects. "Not everyone wants a tech career at Google – many would like to use their skills for climate protection,” she says. 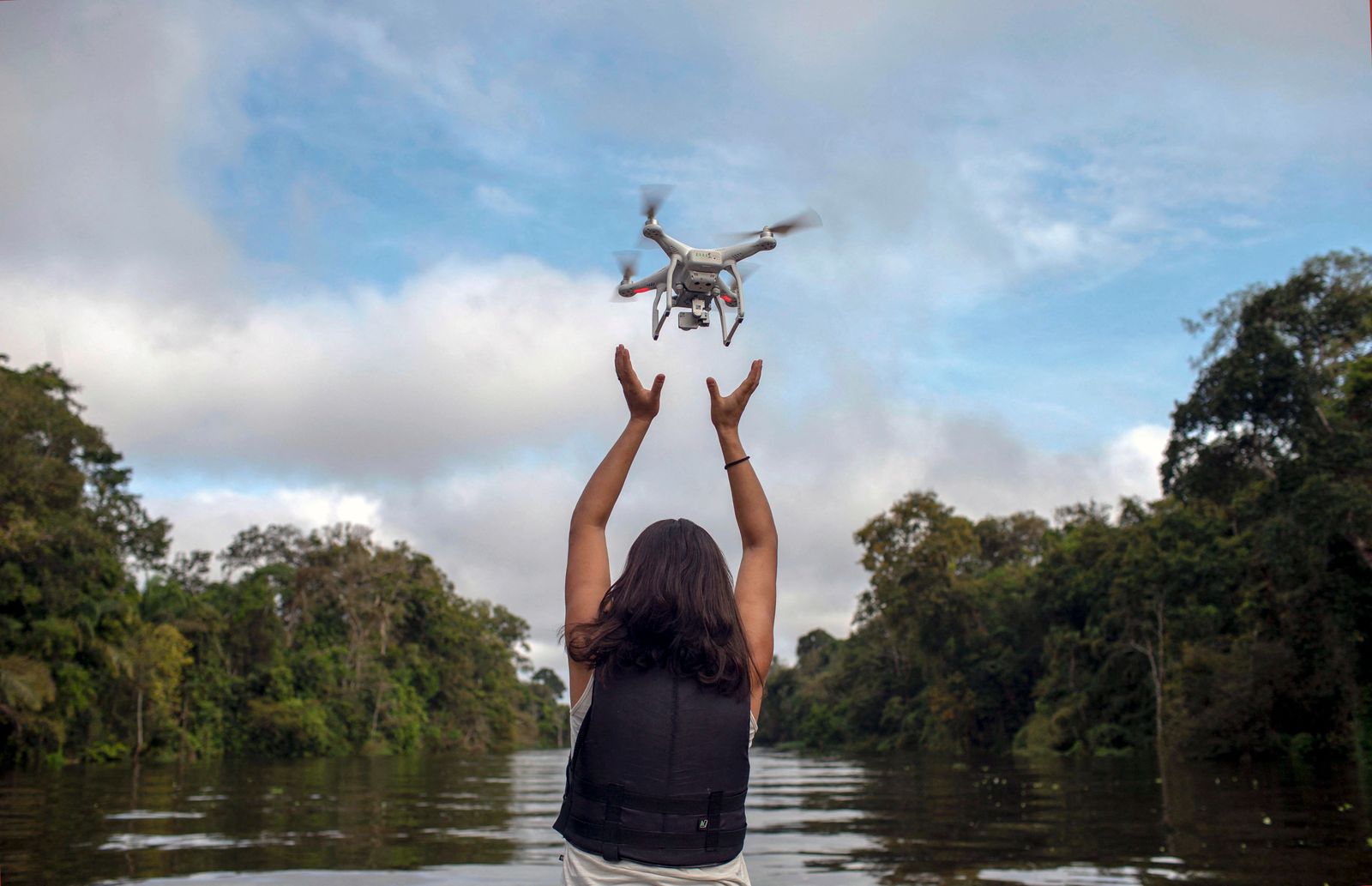 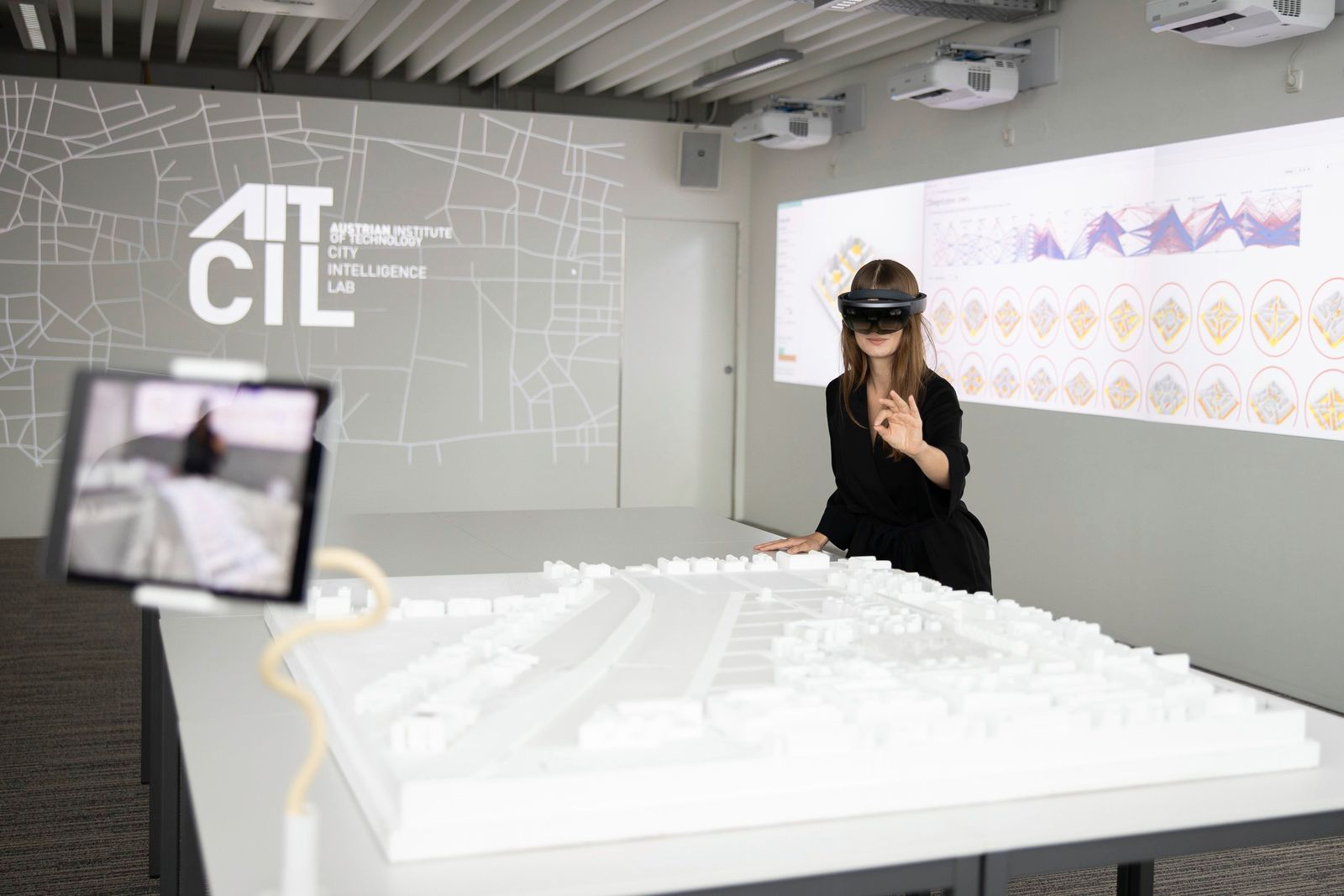 A future laboratory for urban planning: Artificial intelligence can be used to simulate various scenarios. 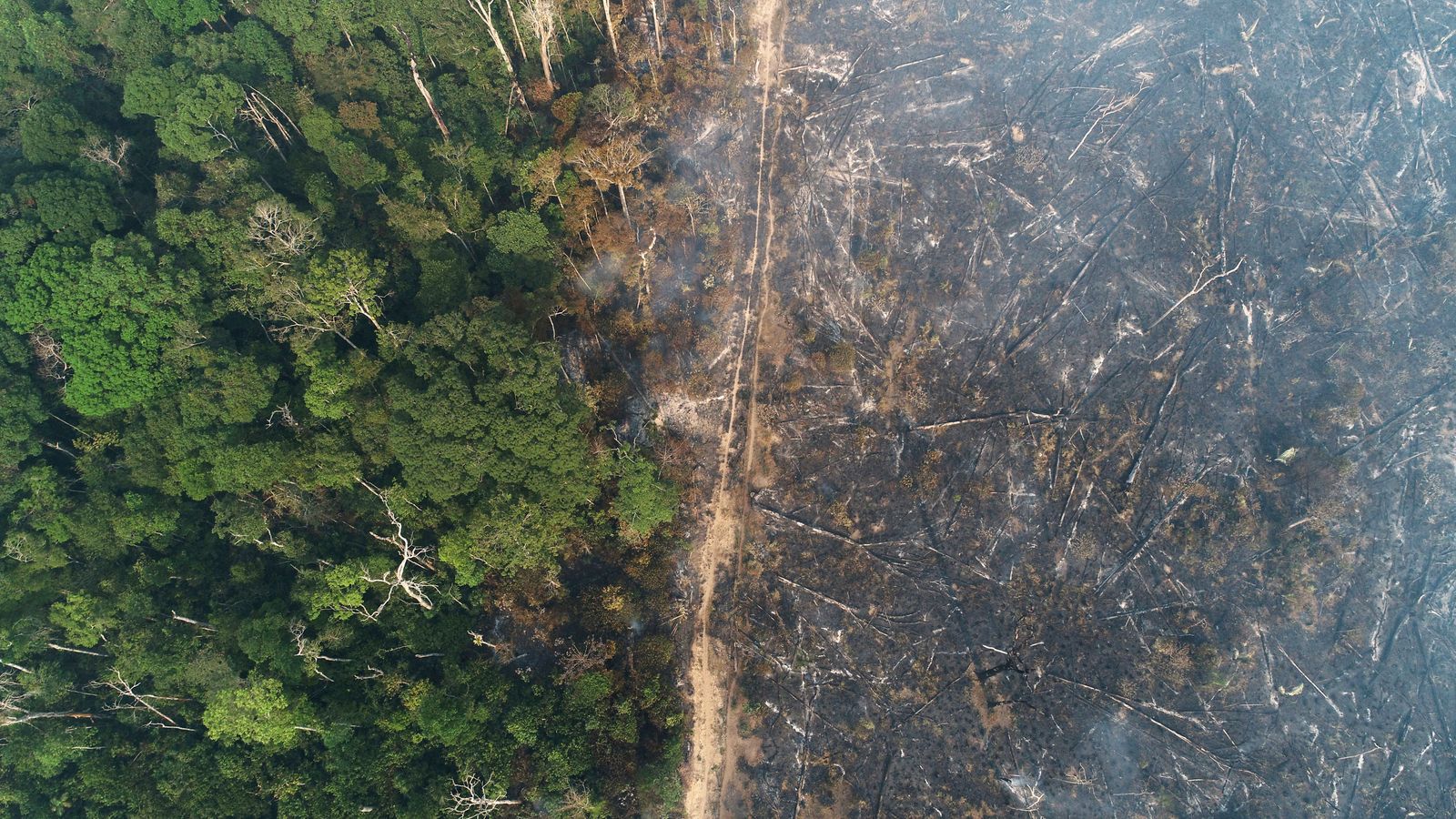 AI can analyze vast amounts of data to detect patterns like environmental degradation in rainforests. 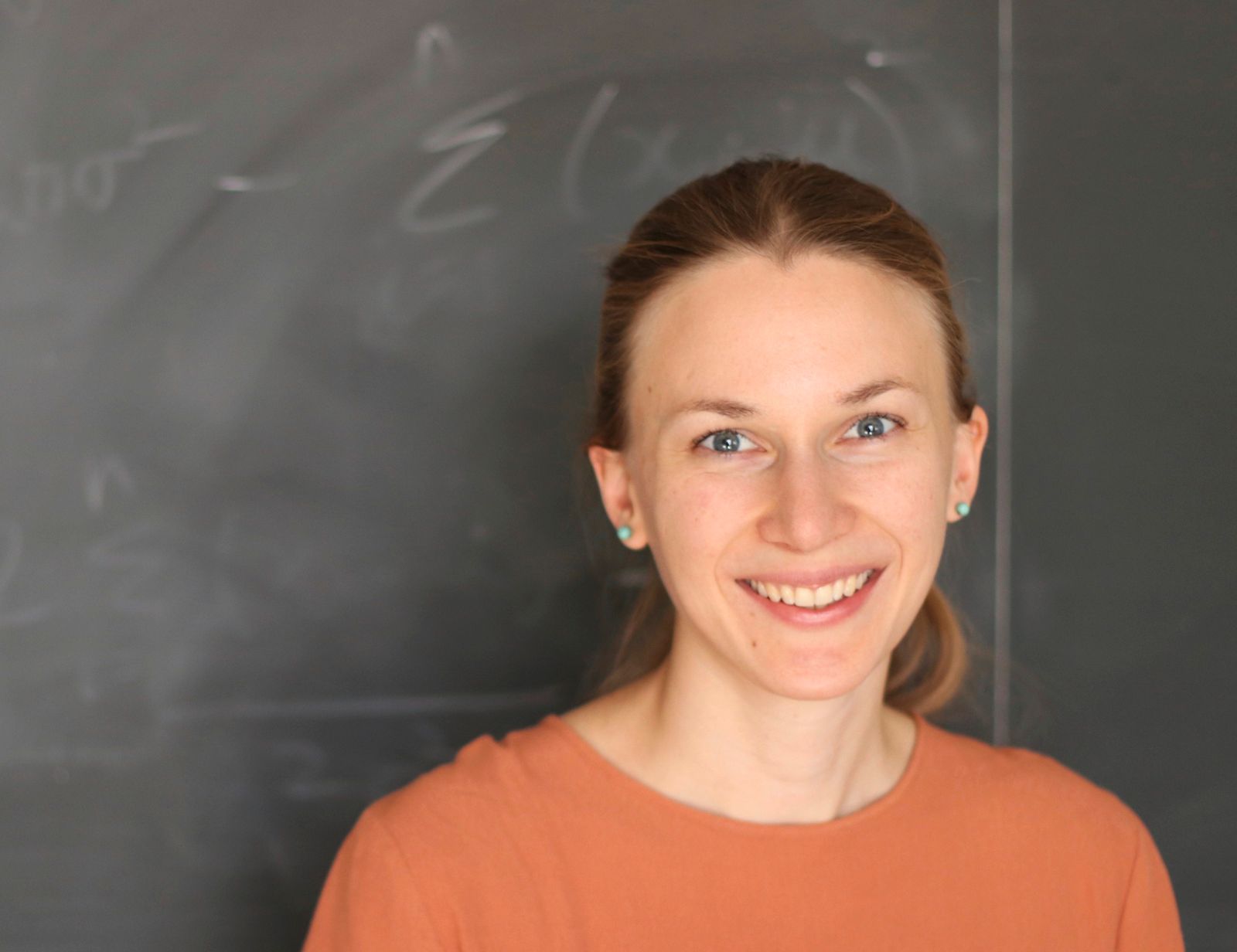 Lynn Kaack, a researcher of climate change, AI and public policy at the Hertie School in Berlin. 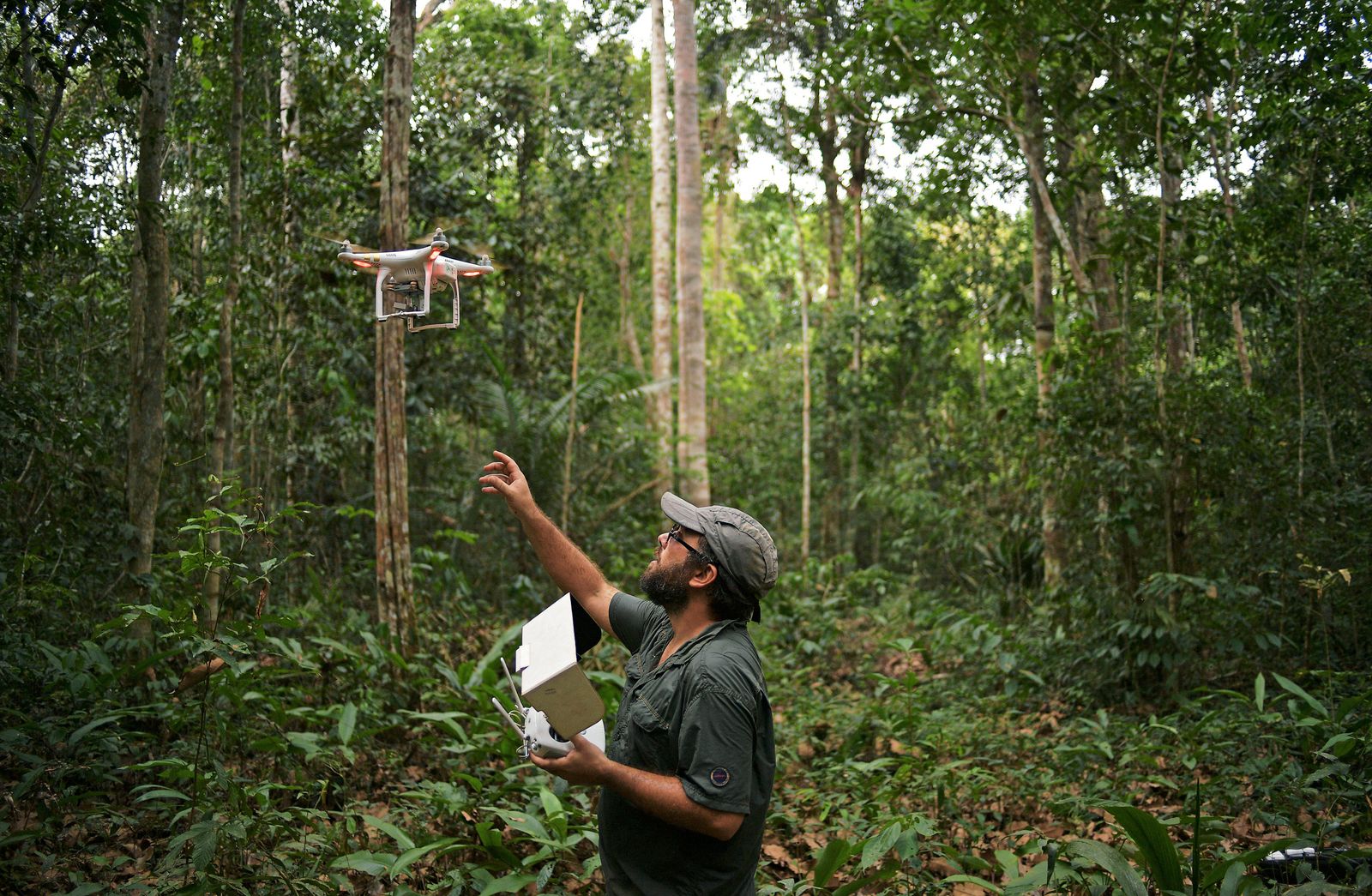 Environmentalists track forest destruction: In some places, they can even replant forests using drones and AI tools. 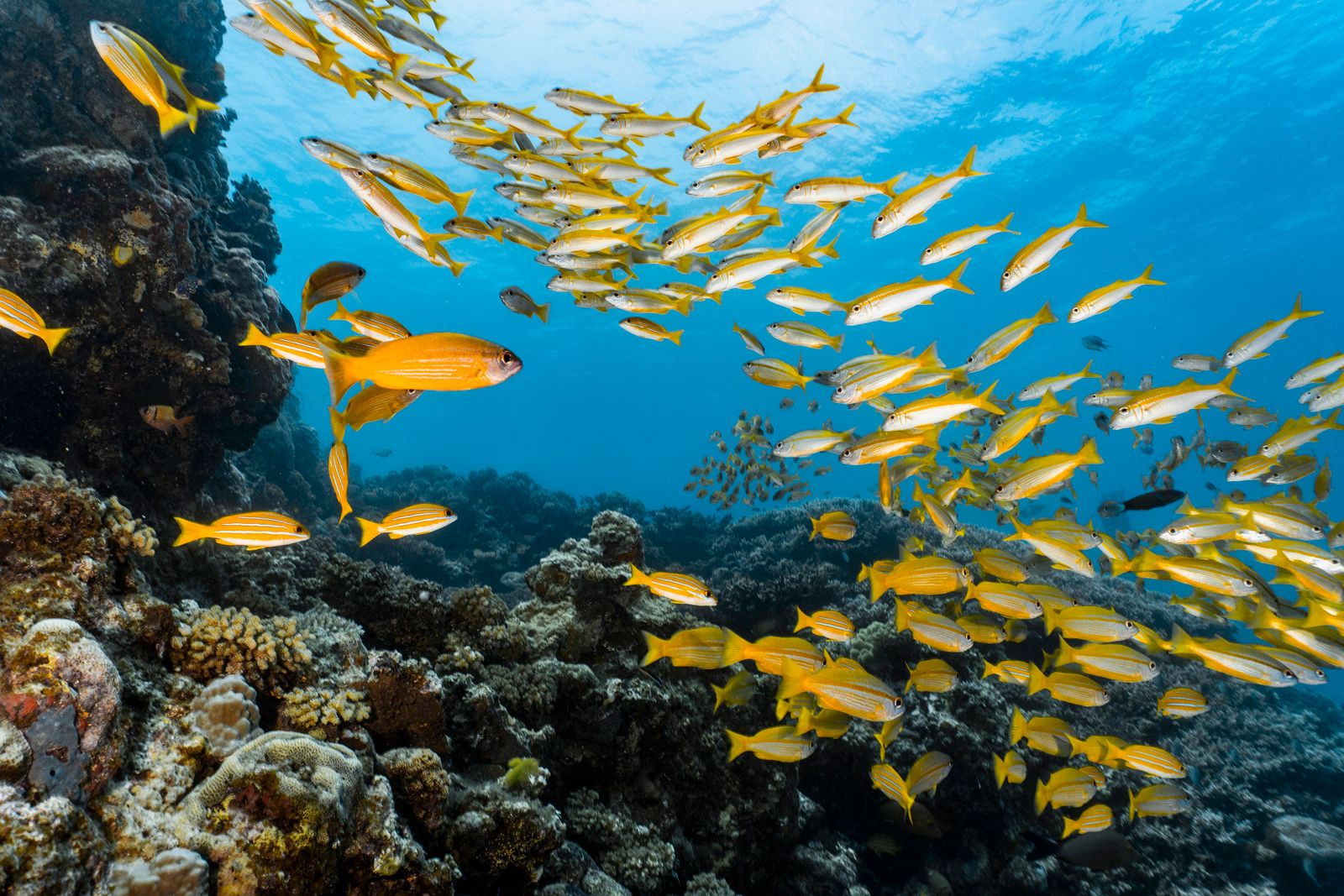 Coral reefs form important ecosystems, but they are threatened with extinction around the world. 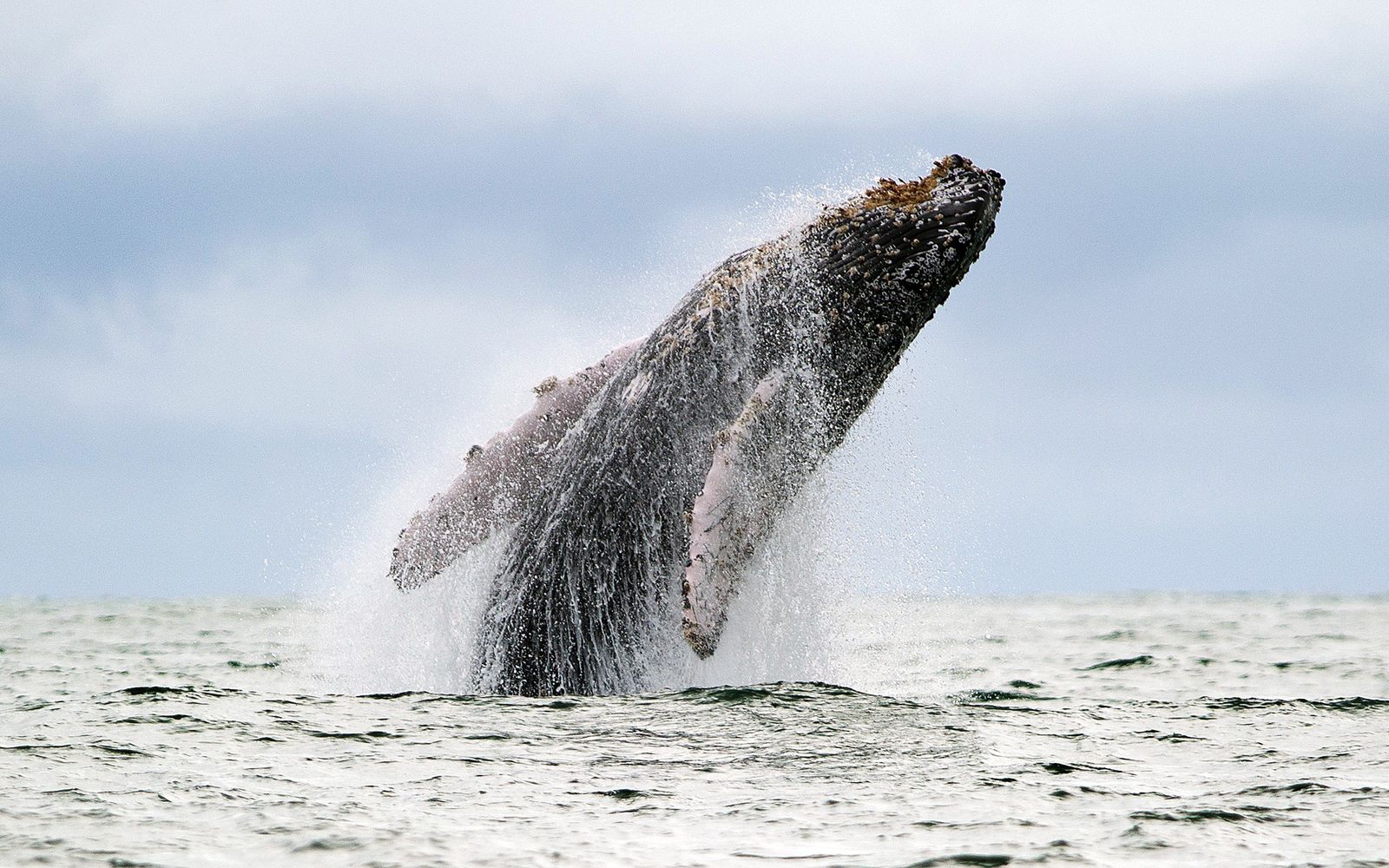 Their clicking noises give them away: Sound analysis identifies how many whales and other marine mammals are present underwater in specific locations.