The European Commission would like to spend three-quarters of a trillion euros to combat the crisis set off by COVID-19. If the proposal passes, it would be an historical sum - at a time when several countries are suffering from the economic consequences of the pandemic, including Italy, Spain and France. The Commission would like two thirds of the money to be disbursed as grants to severely affected countries. The package from Brussels is considerably bigger than the proposal by German Chancellor Angela Merkel and French President Emmanuel Macron, which had raised the possibility of 500 billion euros in assistance. Not everyone approves, with the loudest criticism coming from the so-called "frugal four,” made up of Austria, Denmark, Sweden and the Netherlands. Austrian Chancellor Sebastian Kurz, 33, has taken on a leading role among the critics, and spoke to DER SPIEGEL in his office in Vienna.

DER SPIEGEL: Chancellor, you have been widely criticized for your rejection of the coronavirus-crisis support package. Even your friends in Angela Merkel’s center-right Christian Democratic Union (CDU) in Germany are accusing you of populism. Did you underestimate the resistance?

Kurz: Not at all. The EU is a lively democratic community, in which is it allowed to have different opinions. At the end of the day, there will hopefully be a compromise that is acceptable to all. And we are, by the way, merely representing what was also the German position only a few weeks ago.

DER SPIEGEL: Angela Merkel said years ago that there would be no euro bonds for as long as she lived. You believe she made an about-face when she presented her plan with the French president?

Kurz: Let me put it this way – for as long as I am politically accountable, I will not agree to euro bonds.

DER SPIEGEL: What is your position on the 750-billion-euro program European Commission President Ursula von der Leyen presented on Wednesday?

Kurz: The most important point for us is that no debt union is instituted through the back door. We believe that is the completely wrong path.

DER SPIEGEL: Do you see your demand reflected in this Commission draft, which foresees 500 billion euros in non-repayable grants? Would Austria agree to that?

Kurz: What remains to be negotiated is the amount, and the relationship between the grants and the loans, as well as a clear time limit, so that this remains one-off emergency assistance. It is no surprise that the EU member states receiving the money are in favor of grants, while those who have to pay are more in favor of loans. Out of a sense of responsibility to our taxpayers, we are strongly in favor of loans.

DER SPIEGEL: Why have you been talking about a "debt union instituted through the back door?" It has been clearly communicated that this would not be the case.

Kurz: I was, for years, the European and international affairs minister, and have been chancellor for some time now. I know the positions of all EU countries. Many member states’ goal is, of course, a complete communitization of debt, and they would gratefully accept any move in this direction.

DER SPIEGEL: France and the Mediterranean countries in particular?

Kurz: Macron never made a secret of the fact that that is what he wants. That is his right, and it is also the right of Germany, Austria and the Netherlands to make it clear that they do not want that. We understand that we are in an emergency situation. We are prepared to help. We are in solidarity. We are net contributors in the EU, and one of the countries that will shoulder the main burden of this effort. But it must still be legitimate for those who are paying to have a say.

DER SPIEGEL: Do you feel ignored by Merkel and Macron?

Kurz: It is OK for large countries like Germany and France to join forces and make proposals. But the EU consists of more than just two member states. I think it’s important that the Commission president has led this process with European Council President Charles Michel, and that both are trying to build bridges and fight honestly for Europe.

An apré-ski bar in Ischl, where there was a major coronavirus outbreak in March: "My sense is that this blame game doesn’t get us anywhere."

DER SPIEGEL: What does Austria want?

Kurz: It is clear that we are only at the beginning of long negotiations and that ultimately, the result must be right for all member states, including the frugal four.

DER SPIEGEL: How could such a compromise work, given the divides between the northern and southern countries?

Kurz: It is a unique challenge. The coronavirus crisis has a dimension that is unprecedented. We need to react quickly and as strongly as possible. It is in the interests of all of us to strengthen the European economy and the internal market. We are in solidarity with countries that have been hit particularly hard by the crisis, including countries like Italy, which, as the first to be affected, had no chance, and others who made the mistake of reacting very late. We want to help. But with a one-off aid program and a clear time limit.

Kurz: It is far from decided. If Merkel and Macron see things the same way we do – great! I’ve been in countless meetings where many heads of government have called for the communitization of debt. And there is also an incredible dynamic at play: What was Germany’s position two weeks ago, again? For us, it’s about showing a clear red line, independent of what is going on in Germany.

DER SPIEGEL: Will there now be intra-EU haggling, like in a bazaar?

Kurz: I’m surprised how little public discussion there has been about this before now. In EU states, extensive domestic political debates are often held about the smallest sums of money. But now we are talking about billions in transfers for small countries like Austria. For Germany, you can add another zero. What’s also relevant, by the way, is: What happens with the money? If it is invested in the environment, digitization or health, that’s good. And if it allows the initiation of necessary reforms – all the better.

Kurz: On the long-term, and I say this as a 33-year-old, all this will only work if everyone brings their budgets under control. We are in solidarity and, as net contributors, we are generous per se, because we pay more than we take out.

DER SPIEGEL: Do you want to financially discipline the Mediterranean countries by largely forgoing grants?

Kurz: The saying, "Remember to save for a rainy day,” has once again shown itself to be true in this crisis. Countries like Austria and Germany, which have been doing well economically lately, will cope better than countries that accumulated high levels of debt even in good economic times. If we don’t get this trend under control, at some point, not even Germany will be able to save Europe. How much should an Austrian or German hairdresser pay for other countries? We need to have this debate.

DER SPIEGEL: Under your leadership, Austria has seemed to be a divisive force in Europe – first on the subject of refugee policies, where you are seen as a hardliner, and now with coronavirus aid.

Kurz: Not every country that does not follow the German line in all matters is on a dangerous path. Germany is our most important neighbor, and it should have a leading role in the EU. When it comes to the migration issue as well as the issue of coronavirus aid, there are different approaches. Austria is a small country, and for that reason, we usually do not represent our positions alone.

DER SPIEGEL: Why did Austria not want to sign the planned EU declaration criticizing Israel’s annexation plans in the West Bank?

Kurz: Because of the Holocaust, we have a special responsibility towards Israel. We prefer direct discourse. We seek to address differences of opinion, such as the question of annexation, in a bilateral fashion, and not by way of big, international condemnations.

DER SPIEGEL: The border between Germany and Austria is supposed to finally be opened again on June 15 …

DER SPIEGEL: What is different today from one month ago?

Kurz: Germany and Austria have very low infection figures and have come through this crisis very well, and so I am happy about the German government’s decision. We have arranged the same with most of our neighboring countries. There is still a particular situation in Italy, but we are hoping that the border can be reopened there as well, as soon as the infection numbers allow that.

DER SPIEGEL: Are you not worried about competition between the lakes in southern Austria and the Italian beaches? The fight for the summer tourists between you and your fellow conservative, Bavaria Governor Markus Söder, for example, was quite heated.

Kurz: Tourism makes up 15 percent of our gross domestic product. Of course, it is an issue for us. We are currently going through a challenging situation and are doing everything possible to make safe holidays in Austria possible. We have invested a lot of money in building up large test capacities. Employees working with guests this summer should be able to be tested regularly.

DER SPIEGEL: You have often stressed that Austria reacted to the crisis faster, earlier and better overall than other countries. Given that the virus spread from the Tyrolean ski resort of Ischgl to half of Europe, wouldn’t a bit of modesty be more appropriate?

Kurz: We are trying every day to become better. If you are trying to make it sound like Ischgl was responsible for a pandemic, then go ahead. My sense is that this blame game doesn’t get us anywhere. If you tell someone in Ischgl, "You’re at fault,” then they, probably justifiably, will answer that the Italians brought it into Tyrol in the first place, and then, the Italians will blame the Chinese.

DER SPIEGEL: Are you worried that the delayed closing of the Tyrolean ski resorts will have legal consequences for members of your government?

DER SPIEGEL: Who specifically was responsible for the sudden departure of guests and seasonal workers on March 13?

Kurz: There was a joint decision by the health authorities in Tyrol and the federal government that it would be sensible to quarantine this area because there was a massive outbreak of the virus there. The ensuing criticism went in two directions: Why didn’t you inform people earlier? Or, why did you inform the people at all, instead of suddenly closing off the whole area? Our health authorities have learned from this. What we can guarantee today is that we are doing our best to prevent our guests from becoming infected during their holidays, or that their return journey to their home countries will be as organized and comfortable as possible. Or, if medical assistance is really required, that all guests have the opportunity to be treated in a first-class health system.

DER SPIEGEL: Chancellor, we thank you for this interview. 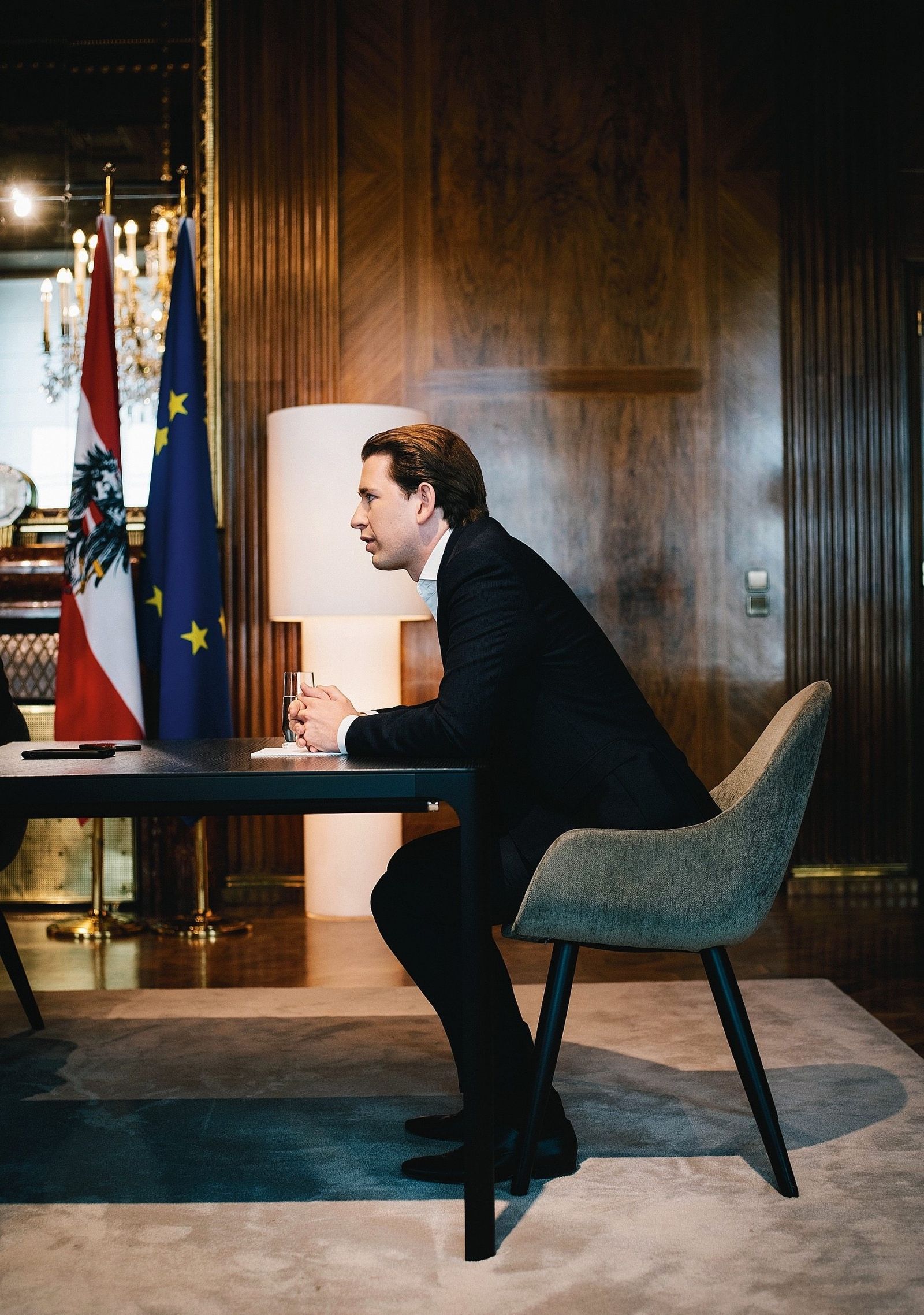 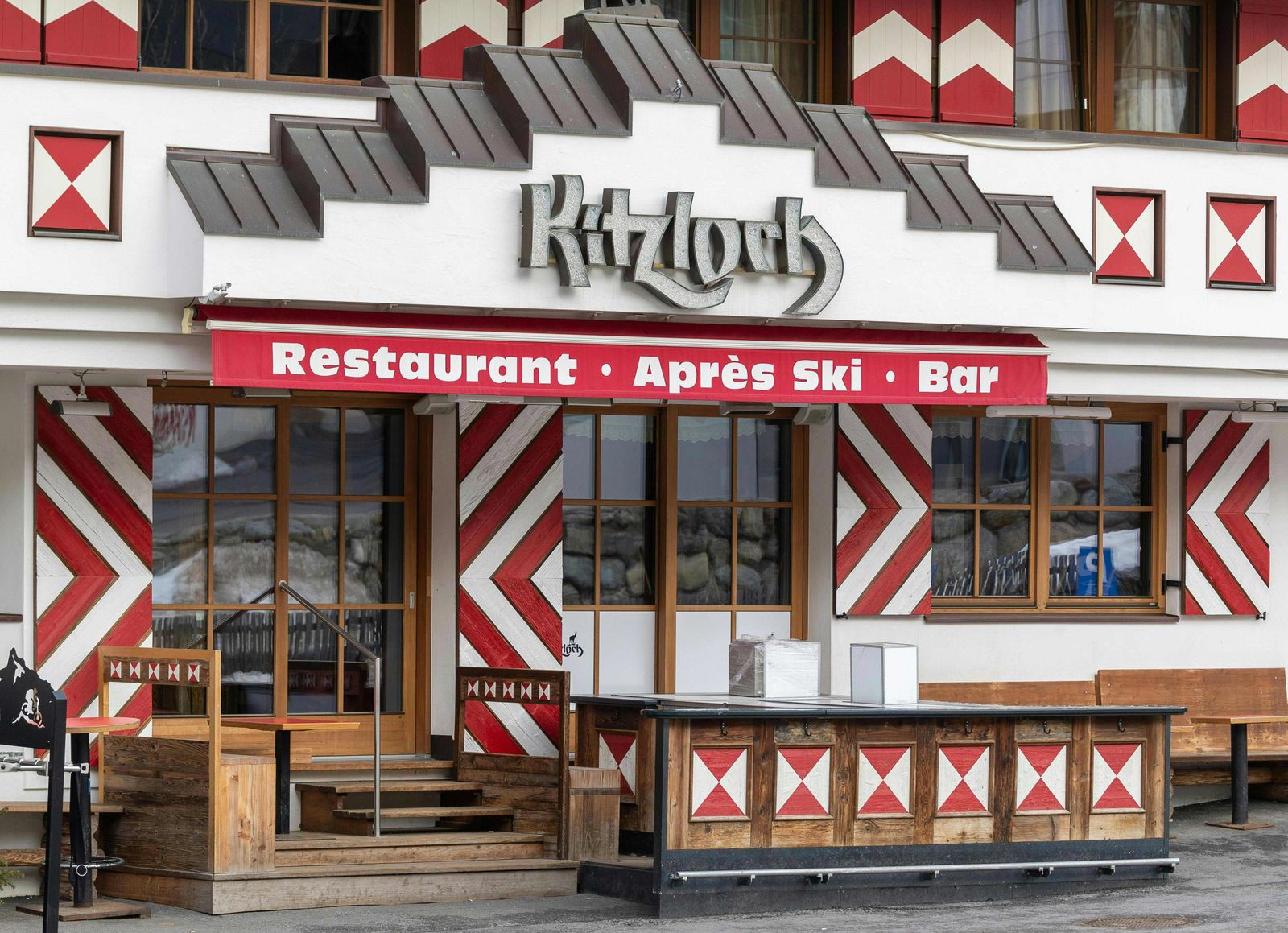 An apré-ski bar in Ischl, where there was a major coronavirus outbreak in March: "My sense is that this blame game doesn’t get us anywhere."