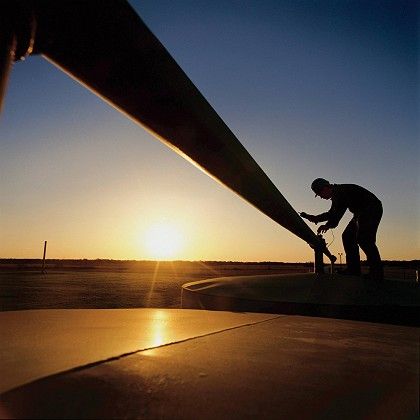 Sweden is concerned that the Baltic Sea pipeline could be used for spying.

The public relations operation is impeccable. Nord Stream AG has given every assurance that its planned gas pipeline in the Baltic Sea will respect not only the environment, but also the socio-economic and military sensibilities of every country en route from Vyborg, Russia to Greifswald, Germany.

Sweden, for its part, remains unconvinced and fears that the pipeline could serve as a Trojan Horse for Russian spies, posing a serious threat to Sweden's national security. Both the country's defense minister Mikael Odenberg and leading opposition politician Ulrica Messing have recently voiced defense and security concerns.

"The project will only cause trouble," Robert Larsson, a security analyst at the Swedish Defense Research Agency, told SPIEGEL ONLINE on Wednesday. "Sweden has nothing to gain from it."

Of particular concern for the company is the 30 by 30 meter service platform the pipeline company plans to build off the coast of Gotland, a Swedish island in the Baltic Sea. Nord Stream, who appointed former German Chancellor Gerhard Schröder shortly after he was voted out of office last year, says the platform is "for pipeline maintenance and security purposes" only, according to a statement released by the group on October 4. But Swedish authorities are worried that the platform, and indeed much of the 1,200 kilometer long pipeline, could be used to maintain a clandestine overview of all military and civilian traffic in the Baltic Sea.

Larsson confirmed that "it would be possible to set up radar and sonar systems on the platform and pipeline that would be closer to the Swedish mainland than current installations in Russia." He also cited terrorism as a concern: While protection of the platform would be Sweden's responsibility, "friction would likely arise if Russia wants to intervene," Larsson said.

Russia plans to increase its military presence in the Baltic Sea -- ostensibly to secure the platform and to assist in the clearing of any unexploded ordnance from World War II that might block the pipeline's route -- are also cause for concern. Nord Stream Press Secretary Jens Müller told SPIEGEL ONLINE this was "a well-intentioned political gesture on the part of the Russian government."

Plus, he said, there are a number of other Russian pipelines underneath the Baltic Sea. If Russia was really interested in spying, it would have attached sensors to those installations long ago.

Larsson, though, remains distrustful. His organization recently published a study that claims Russia "is on the wrong track." Russia is moving away from democracy, the report finds, and is instead reverting to Cold War authoritarianism. "If Russia was behaving in the same way as Norway with regard to its energy politics," Larsson says, "these problems would not exist."

Previous criticism of the project had focused mainly on its potential impact on the sensitive flora and fauna of the Baltic Sea. The EU Environmental Delegation in Strasbourg expects a "thorough and effective Environmental Impact Assessment," the German news service DPA reported on Wednesday.

As it turns out, this is the only real leverage that Sweden has over the project. In accordance with the EU's Espoo Convention, Nord Stream is required to submit a detailed report to the environmental authorities of those countries through whose exclusive economic zones the pipeline will pass. These parties include Denmark, Finland, Germany, Russia and Sweden.

Nord Stream is currently holding "a series of meetings with the governments of the Baltic Sea states," according to a recent press release -- presumably to address concerns they may have about the project. Poland too has voiced concerns saying that Western Europe isn't doing enough to secure the country's energy supplies. In April, the country's defense minister compared the pipeline to the 1939 Hitler-Stalin deal with carved up Poland between Germany and the Soviet Union.

Assuming the project is authorized and construction begins in 2008 as planned, the pipeline is expected to be operational by 2010. The initial transport capacity of 27.5 billion cubic meters per year would help satisfy the growing energy demand in Western Europe. In a second phase, a parallel pipeline would increase the annual capacity to roughly 55 billion cubic meters of natural gas.

With material from DPA