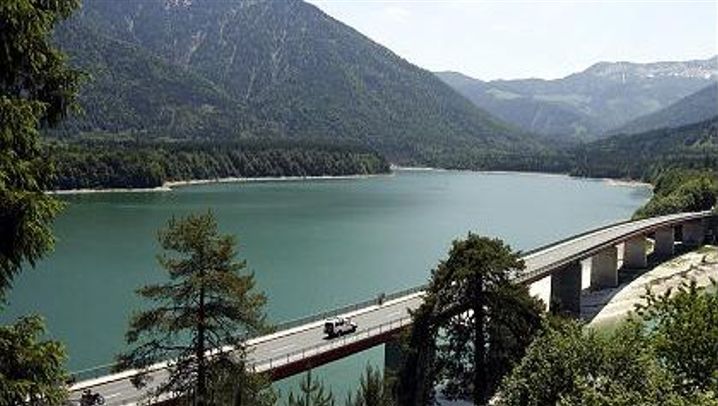 Bruno, the two-year old brown bear, captured the hearts and minds of the world as he roamed the Alps in search of food: he searched for sustenance and we found a soul.

Bruno's brief life had an epic quality to it. Like Hannibal crossing the mountains with his Carthagian army and 40 elephants, Bruno made his epic journey across the same mountains overcoming trials and tribulations to reach the promised land. Bavaria. Released in Italy as part of a bear resettlement program, Bruno, also known as JJ-1, was not content to stay home and live with his parents until he was 30 like most Italians do these days. No, not this bear. Bruno, at the tender age of just two, made a decision: He wanted to see the world. Adventure and exploration would be his modus operandi. He would travel, taste new pastures and explore yonder valley. How many among Europe's docile, apathetic youth could boast such admirable qualities today?

But, like a young Hamlet, returning to the Danish court, Bruno arrived in Bavaria to find he was not welcome. He was betrayed, cast as the outsider, proclaimed a "problem bear." No wild bears had been seen in Germany for 170 years. For almost two centuries man had become accustomed to being top of the food chain, lord of the manor and master of all he surveyed. But Bruno's arrival shook the foundations of Germany's post-industrial society to its core. A two-year-old bear exposed our most suppressed fears, yet at the same time, awakened a sense of wonderment at the natural world and its capacity to overcome.

For weeks, Bruno defied the will of human civilization to destroy what it perceives as a threat. At a cost of over €125,000, Bavarian authorities set out to capture Bruno but to no avail. A Finnish team of bear hunters was flown in to follow the trail but they too found no success. Bruno was too quick, his instinct for survival too great. The hot weather, which caused the Finnish hunting dogs to call off their search, was no match for young Bruno and his will to live.

Tragically, all too often the lights which shine the brightest are those which are extinguished prematurely. Bruno follows in a line of worldwide celebrities whose lives were ended far too soon. Elvis, Marilyn Monroe, Jimi Hendrix, John Lennon, Princess Diana -- now Bruno. All of these figures were forced to confront an overwhelming blaze of publicity. All were ultimately hunted by a prurient public, until their tragic, untimely deaths.

In Albert Camus' existentialist novel, L'Etranger (The Stranger), the protoganist, Meursault is driven by sensory experience: food, drink and sex are the only things which make him feel truly alive. He is infuriated by the absurdity of the world which surrounds him, till ultimately he commits murder and is executed. Bruno's life echoes that of Meursault: He was intrigued by the curiosities of human civilization, but ultimately it was the taste of blood, the thrill of the chase and hunger for a kill which motivated him. Bruno killed a dozen sheep, attacked goats, ate a guinea pig, devoured a young girl's pet bunny and helped himself to honey direct from the beehive. Like Meursault, society rejected Bruno and condemned him to death for his actions: a true outsider.

But Bruno would not go quietly. In the Bavarian village of Kochel am See he stopped for a rest on the steps of the local police station, as if taunting the inability of human progress to deal with a single errant animal. He defied all efforts to capture him and continued on his epic journey in search of adventure and experience. He crisscrossed the Bavarian-Austrian border, eluding his trackers and raiding farms for food. After taking a bath in a lake, he crossed a road only to be struck by a car. But Bruno did not roll over and accept his fate, he carried on despite his injuries: He wanted to rage against the dying of the light.

Austrian Chancellor Wolfgang Schüssel was prompted to comment: "If Europe has nothing else to worry about other than Bruno the bear, then it must be a happy place." In a way, he's right. The quality of life and security which Western European society now provides is unrivalled in human history: we are pampered and protected, led to believe we have reached the summit of human progress. Yet, a single bear, which kills a few sheep is enough to drive us to our baser instincts: kill what appears threatening.

For indeed Bruno was murdered, shot down in the prime of his young life, executed in cold blood. We should reflect now on whether we feel happy with what we have done. We share a collective guilt for Bruno's demise, our inability to co-exist with nature has yet again prompted us to reach for the trigger. Bruno is dead and we are all the poorer for it: May his ursine soul rest in peace.