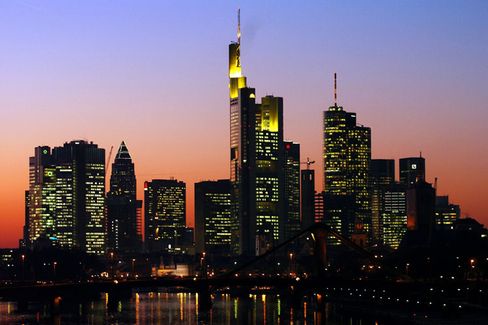 German banks face further losses totalling billions of euros because they have only written off a fraction of their non-performing securities linked to American mortgages and student loans, according to a survey of 20 major German banks conducted by the German central bank and banking watchdog BaFin.

All the country's top commercial banks and the publicly owned regional banks known as Landesbanken took part in the survey which revealed that the banks hold so-called "toxic" securities totalling just under €300 billion ($398 billion), of which only a quarter has been written off.

They hold the remainder in their books at values that are now illusory. The government expects the banks to make further writedowns as a result, which should lead to further big losses for the banks. That in turn means that even more banks are likely to require government cash injections in the near future.

The Finance Ministry in Berlin estimates that the entire German banking sector is still holding risky securities totalling up to €1 trillion. Given that volume, Finance Minister Peer Steinbrück of the center-left Social Democrats, believes it would be irresponsible for the government to set up a so-called Bad Bank as a respository for toxic assets stemming largely from the devastated subprime mortgage market, as banks have suggested.

Several banks have said that stalled bank lending won't resume unless banks can offload their toxic securities in a Bad Bank.