It wasn't an entirely simple task that Franz-Christoph Zeitler, the vice president of the Bundesbank, Germany's central bank, and Jochen Sanio, the head of Germany's Financial Supervisory Authority (BaFin), had to perform on Friday: It was their job to announce what everyone expected to hear while, at the same time, denying what everyone suspects.

As expected, the two said that Germany's banks had passed the Europe-wide stress test with flying colors: "German banks prove to be robust and resilient," was how they put it in their joint official statement. The only exception was Hypo Real Estate (HRE), the Munich-based bank, which failed to maintain an adequate core capital ratio in the most extreme scenario and is only still alive because it has been nationalized by the German federal government. All of Germany's other 13 banks -- and even the chronically ailing state-owned regional investment banks, the Landesbanken, made the grade.

But not everyone found the results reassuring. "What are you supposed to be able to do with this kind of report card?" asked Hans-Werner Sinn, the president of the Munich-based Ifo Institute, one of Germany's leading economic think tanks. And the implied answer is fairly obvious: nothing.

Sanio and Zeitler -- who was filling in for his vacationing boss, Bundesbank President Axel Weber -- are familiar with this criticism, so they went to great lengths to dispel all doubts. Sanio called the stress test "tough," and Zeitler stressed that the evaluation was "extremely stringent," adding that critics didn't have a correct view of the situation.

In Germany, just as in all the other European Union countries whose banks participated in the stress test, the results were not officially publicized until 6 p.m. By then, stock exchanges in Europe had already closed for the night. When asked how he thought the financial markets would react to the results when they reopened on Monday, Sanio dryly replied: "I don't have a crystal ball."

Still, it doesn't take supernatural abilities to predict that the European stress test won't have much of an effect at all. At the New York Stock Exchange on Friday evening, for example, the news was simply ignored. The reason: Despite the enormous amount of effort that went into the test, it has only returned a very modest amount of knowledge. Moreover, it has been just too blatantly obvious that the test returned the exact result that those responsible for conducting it were hoping for.

From the get-go, the most contentious issue has been whether enough attention is being paid to the risks posed by the government bonds being issued by tottering southern euro-zone members. These bonds currently constitute the greatest threat to European banks -- and particularly to French ones, whose books hold a particularly large number of them.

Granted, the simulated scenario did include an imagined drop in the value of these bonds -- but in a way that would have barely bruised the banks. The reason for this, as Frankfurt-based economist and banking-sector expert Mark Wahrenburg puts it, is that most of these bonds "have not been listed in the trading portfolio" -- or, in other words, have been kept out of the only place where the market has to put a price tag on them.

Likewise, some traders say that -- just in time for the test's June 30 cut-off date -- some banks transferred substantial quantities of government bonds into their investment portfolios, where they don't have to be depreciated according to market fluctuations. As the Ifo Institute's Sinn puts it: "The risk of write-downs was systematically redefined out of existence."

Sinn also suspects that "everything has been organized so as to put France on the safe side." As it turns out, all French banks passed the test, while one Greek bank and five Spanish ones failed.

"They shouldn't test a depreciation in the bonds' value but, rather, a complete loss," says Wahrenburg, adding that doing so "would put considerably more institutions under pressure." Still, this worst-case-scenario approach was undesirable because it might have affected too many banks. Likewise, it is conditioned on there being a failure of the euro bailout package -- a possibility that no one is even allowing themselves to consider.

Refusing to Take Your Medicine

In fact, Wahrenburg doesn't have a very high opinion of the rest of the stress test, either -- at least not the way it was just conducted. As he sees it, it would have been relatively easy for the banks to cheat, so the "only sensible approach would be a standardized stress test that regulatory authorities would conduct themselves based on the figures available to them." Doing so, he adds, would make it possible "to assess the institutions according to a simple traffic-light model."

Such a test would only make sense if the light were not always green -- particularly given the fact that there is no way that all of Europe's banks are as fit as a fiddle. In fact, as Sinn sees it, "Most of the banks are undercapitalized" and taking big risks by conducting business with so little capital on hand.

Since the beginning of the financial crisis, Sinn has been calling for the banks to be recapitalized -- and with government aid, as the Americans have done. There is enough money available, he points out, and to distribute it, the German government has already created the Federal Agency for Financial Market Stabilization (SoFFin), the bank-rescue fund into which it has pumped €480 billion ($620 billion).

Still, hardly any banks have voluntarily accepted a cash injection from the government. And the message of the stress test is that the government has no intention of forcing them to do so. 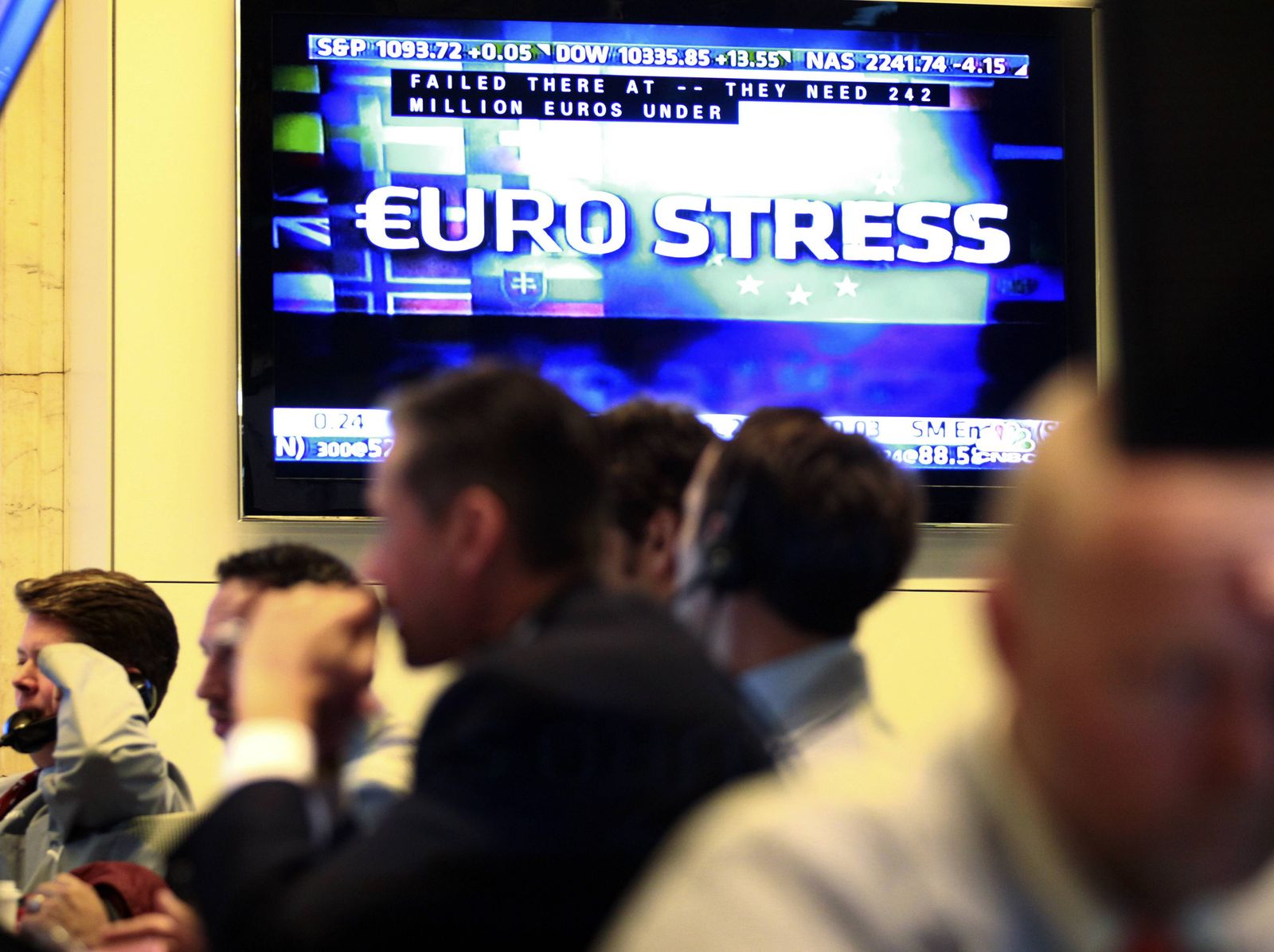 The New York Stock Exchange simply ignored the results of stress test conducted on banks in Europe on Friday.