SPIEGEL: Mr. Oletzky, last week it was announced that the Hamburg-Mannheimer insurance firm, which has meanwhile been acquired by your company, Ergo, threw a wild sex party in a Budapest spa in 2007 to reward particularly deserving employees. Is this how you usually keep your insurance agents happy?

Oletzky: Of course not -- this is completely unacceptable. It occurred four years ago and, according to our knowledge, nothing of the sort has happened since then.

SPIEGEL: The party is said to have been incredibly excessive. Prostitutes reportedly wore colored bracelets because some of them were reserved for the most successful staff. There were canopy beds, and the women were stamped on the arm, like cattle, for every sex act. Is all of this true?

Oletzky: I don't want to comment on specifics because we are still investigating the details. All we can say with certainty is that this party took place on an evening during a three-day trip. Our findings to date indicate that 20 prostitutes were actually hired that evening.

SPIEGEL: Staff members told the German business daily Handelsblatt about a kind live sex act on a stage, where a man is said to have engaged in sexual activities with two women. Who organizes this kind of thing?

Oletzky: The entire trip and the party were organized by an event agency. However, there is a great deal of controversy surrounding what actually transpired in this spa. We are currently talking with many trip participants. Their accounts of the events vary considerably. Regardless of the details, the event was a big mistake.

SPIEGEL: Months after the trip, participants were informed that they would have to pay taxes on non-cash benefits worth €3,000 ($4,250). Is this German propriety or a belated attempt to whitewash the whole thing?

Oletzky: It's common for motivational trips to have to be declared on tax returns. And it also sometimes takes a few months before all the invoices have been collected and the exact costs have been calculated.

SPIEGEL: Roughly €300,000 in insurance company funds was squandered on this trip. Aren't you afraid that the public prosecutor's office will investigate you on suspicion of breach of trust?

Oletzky: We've seen no evidence of that. The evening event in question alone cost €83,000.

SPIEGEL: Do any of the trip participants still work for Ergo and your sales organization HMI?

Oletzky: Yes, many independent agents are still working for us.

SPIEGEL: Can they now expect to face consequences?

Oletzky: It will be difficult to reconstruct who did what on this trip. Furthermore, attending such an event alone is no reason, in and of itself, to take disciplinary action against personnel. You can condemn it morally, but the most serious offense is that managers from our company organized something like this.

SPIEGEL: When did you first hear about the party?

Oletzky: In 2010, the new HMI management sent a memo to the Ergo board of directors. This informed me of the situation. I then asked two questions: Have measures been taken to ensure that something like this doesn't happen again, and are the people responsible still with the company? The new HMI management had already made sure that something like this cannot occur again, and those in charge at the time have already left us for other reasons.

SPIEGEL: You sell Ergo insurance with an image of honesty and openness. Your slogan is "straight talking". Why were you in such a hurry to sweep these incidents under the carpet?

Oletzky: We haven't done that. But the whole thing took place four years ago. Even at the time, this event was a flagrant violation of our rules -- and we now have even more stringent new rules of conduct. I thought it was right to protect ourselves externally. Many details have only come to our attention in the last few days.

SPIEGEL: And why didn't you dig deeper at the time?

Oletzky: Because until only a few days ago I couldn't even imagine that something like this was possible on this kind of scale.

SPIEGEL: Will you take action against the persons responsible at that time?

Oletzky: We are at least looking into it.

SPIEGEL: You are dismissing the party as a slip-up. But if a party like this even receives positive write-ups in the staff newsletter, then something has to be wrong with the corporate culture.

Oletzky: Believe me: This is all incredibly embarrassing for our staff -- there is nothing typical about it.

SPIEGEL: Even before this event, the salespeople at HMI were known as notoriously pushy insurance floggers.

Oletzky: It's possible to pursue this sales model in a serious manner, and that is what we do. It would be wrong to question the orientation of the entire company because of a party that took place four years ago. 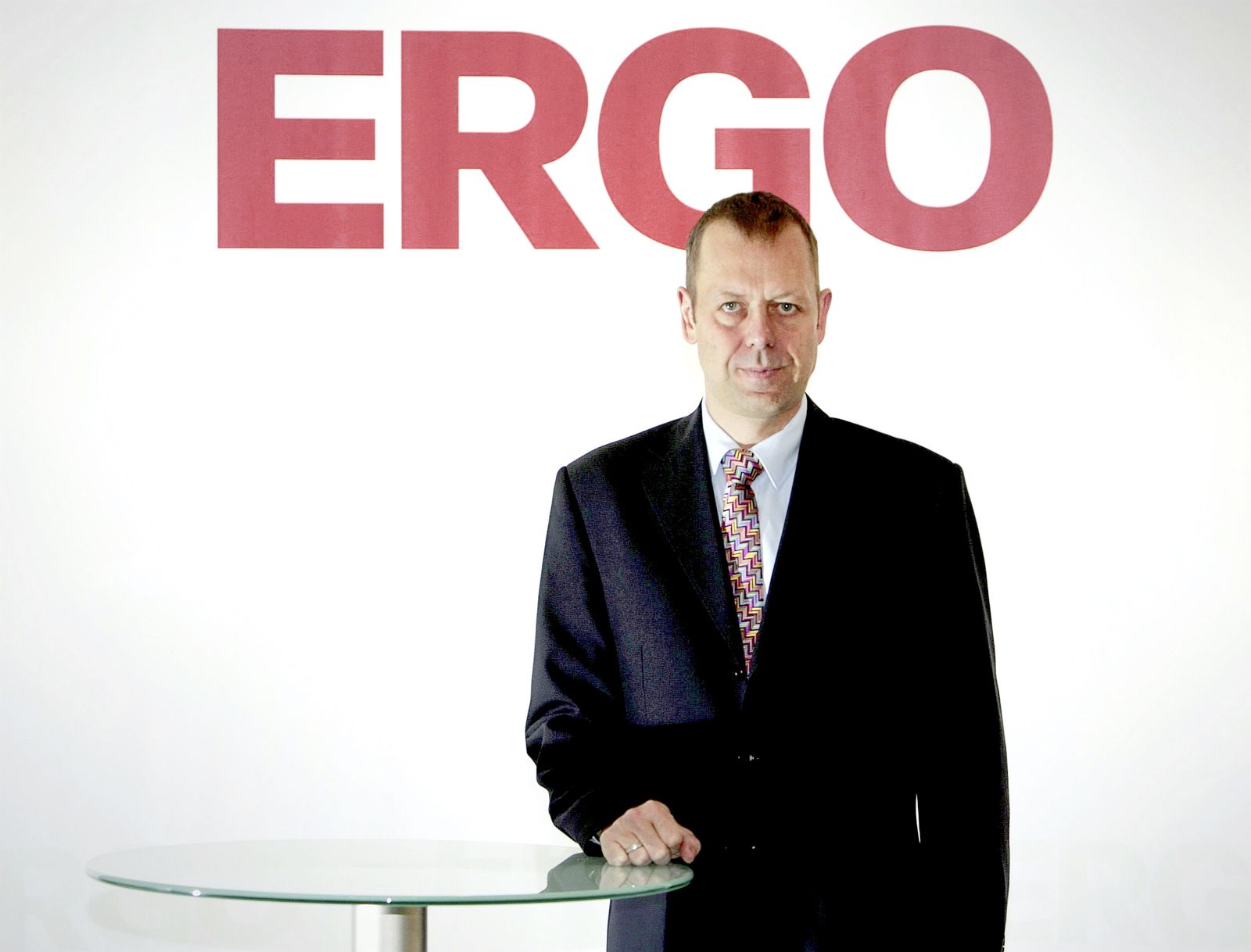