In France, Jean-Paul Gut is a legend. As head of strategy and marketing, he played a key role in the success of Airbus and its rise to the second largest aircraft manufacturer in the world behind Boeing. Gut was the company's go-to man when it came to brokering deals, with Airbus sending him in when negotiations with clients had stalled. Especially when the stakes were high - when billion-dollar-deals involving dozens of aircraft were on the table. How exactly he did what he did was his secret. Even now, his profile on LinkedIn describes him as a man of "great discretion."

What is known, though, is that until 2007, Jean-Paul Gut led the Paris-based sales division now at the center of the Airbus corruption scandal. The German CEO of Airbus, Tom Enders, has called it a "Bullshit Castle," the place where bribery-lubricated deals were allegedly made. In 2016 Enders shut it down, a dramatic move designed to show that he meant business with his clean-up effort.

According to information obtained by DER SPIEGEL and its French investigative partner Mediapart, state corruption investigators in Paris have requested access to an Airbus contract that, in the best-case scenario, makes Enders look bad. In a worst-case scenario, it could jeopardize his job.

The contract is apparently for an exorbitantly generous severance payment for Jean-Paul Gut of 80 million euros. According to Mediapart, two top executives signed off on this golden handshake. One of them was Tom Enders.

Jean-Paul Gut left the aircraft manufacturer in 2007, shortly after his finest hour, which saw him strike a 16 billion euro deal with Qatar Airways for 80 A350 aircraft. A deal he pulled off thanks to the excellent connections he had built up in the Gulf states. Within the company, no one knew exactly what Gut did or how he did it - the main thing was, he did it. First and foremost, he hired and guided consultants whose job was to help win over influencers in countries where Airbus was looking to sell its aircraft.

Neither the countries nor the consultants had the best reputation. Gut maintained contact with a Middle Eastern broker, for example, who received a multi-million euro payment from Airbus via his offshore company in Panama.

Officially, Gut left the company on friendly terms in 2007. There was no disagreement with CEOs Thomas Enders and Louis Gallois. According to Gut.

But even at the time, the word was that Enders couldn't stand Gut. From Enders' perspective, Gut was seen as belonging to the "other side" within the German-French company and as a close associate of Arnaud Lagardère, one of the company's most important shareholders, and therefore impossible to get rid of. When Gut stepped down, Enders was reportedly delighted.

One reason was the loose manner in which Gut went about landing the contracts. Enders hinted as much in a recent interview with the German business daily Handelsblatt. Regarding the personnel changes in 2007, he said that Gut's successor has specifically been tasked with overhauling the organization to ensure it abided by regulatory compliance standards.

Playing by the rules of honest business wasn't really Gut's strong point. French investigators, for example, came across a multi-million euro contract with a broker from 2009, pertaining to a deal in Libya. But the aircraft had already been sold in 2006. An insider questioned by investigators revealed that before that, the deal had only been a verbal contract. Pretty loose, in other words.

To outward appearances, the company got off lightly when Gut left. EADS, as Airbus was still called at the time, announced that the top executive had received a severance pay of just 2.8 million euros. It said that he was also to receive a pension, the size of which was not specified, however. The company also stated that a "long-term service agreement" had been signed with Gut in order to hold onto his "outstanding marketing expertise." Jean-Paul Gut, in other words, was to continue pursuing aircraft sales on a freelance basis. He emphatically denied the rumors at the time that his severance pay had not been 2.8 million euros, but 12 million.

But he and the company were deceiving the public. In fact, his severance pay was apparently around 80 million euros, a sum that was obscured in the company's financial statements. The lion's share of it went into the consultancy contract Gut signed when he stepped down, according to a former member of the supervisory board, who points to a clue hidden deep in EADS' annual report from 2008.

The consultancy contract, including Gut's name, is mentioned in the annual report from 2007, but no figure is given. The report from the following year does provide a figure, but only in a footnote, and Gut's name is nowhere to be found. Only those in the know would have been able to put two and two together.

The annual report from 2008 contains this vague statement: "Within the current year's additions to other intangible assets, EADS proceeded in December 2008 to the payment of a gross amount of €86 million to acquire the intangible rights previously embodied under a Service Provider Agreement." A roundabout statement if there ever was one.

What it basically means is: EADS did not pay Gut millions right when he left the company, but slightly later, in 2008. Airbus has not commented. But according to the former supervisory board member, the consultancy contract was the vehicle used to give Gut's golden handshake its glint.

The information obtained by SPIEGEL and Mediapart suggests that the negotiations were led by EADS CEO Louis Gallois. Mediapart has confirmed with French sources, and DER SPIEGEL with the company's supervisory board at the time, that the exit agreement was countersigned by Enders as co-CEO to Gallois.

Allegedly, most of the multi-million euro sum was made up of commissions from aircraft sales which Gut claimed for himself - including the 80 A350s bought by Qatar. But it is said that the severance pay was also as high as it was to give Gut an incentive to leave. "Compensation," in other words.

Or was it hush money? Gut, after all, knew a lot about making sales to corrupt countries. And if Enders had suspected Gut was failing to abide by compliance standards, why did he allow him to continue drumming up business for Airbus as an external consultant, beyond the company's direct control?

Then EADS co-CEO Louis Gallois did not respond to Mediapart and DER SPIEGEL's request for comment on the exit agreements. Gut has not commented either. Airbus, meanwhile, said it was unable to comment due to ongoing investigations in France and Britain. 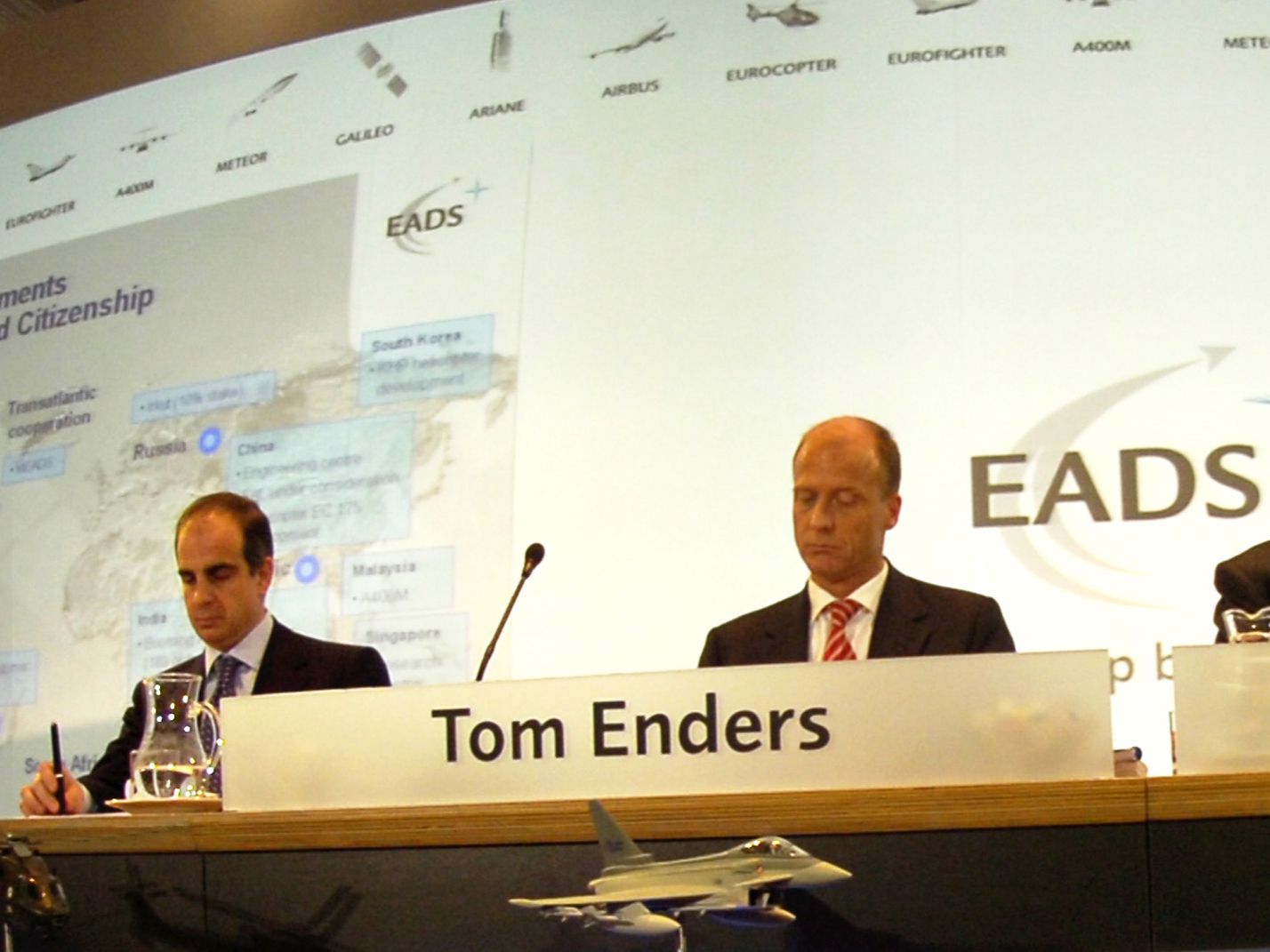