European airplane manufacturer Airbus is reportedly planning to open a major production facility in the United States in order to compete more effectively with American competitor Boeing. The New York Times and a number of news agencies are reporting that the company will soon announce plans to open a plant in the southern state of Alabama, where it will produce A320 jets for the American market. The company has not provided any official confirmation of the reports.

"We have made no secret of our hopes to expand our global footprint, including in the US, as we have a very strong market here," Airbus spokeswoman Mary Anne Greczyn told reporters. She added, however, that the company's board had not yet made a decision.

Citing anonymous sources, the New York Times reported that Airbus may announce its plans to open the plant as soon as Monday.

In the past, Airbus has made no secret of its desire to expand internationally and that it would favor building a plant in the US South, where a number of other German manufacturers have plants, including BMW, Volkswagen and Mercedes-Benz, because of lower costs and favorable labor market conditions. Workers at the plant would be non-union, and by managing production in dollars to offset currency fluctuations, the company could save on manufacturing costs compared to its plants in Hamburg, Germany, and Toulouse, France.

European Aircraft, 'Made in the USA'

It would also be the first plant of its kind for Airbus in the United States, which is home to the company's fiercest competitor Boeing. Executives at Airbus have long lamented the company's lack of a US production facility, claiming that it makes the aerospace giant less competitive with Boeing than it could be. Among the customers for the company's short- and medium-haul A320 planes are Delta and US Airways. The ability to brand its planes as having been "Made in the USA" could also make Airbus more attractive to other airlines as well as government customers.

Airbus already has an office in Mobile, Alabama, which employs around 230 people who work on the design and manufacturing of interior items for its planes. The company had also planned to use Alabama as a base for manufacturing a military tanker jet for its parent company EADS, but after years of negotiations, the US military contract ultimately went to Boeing. 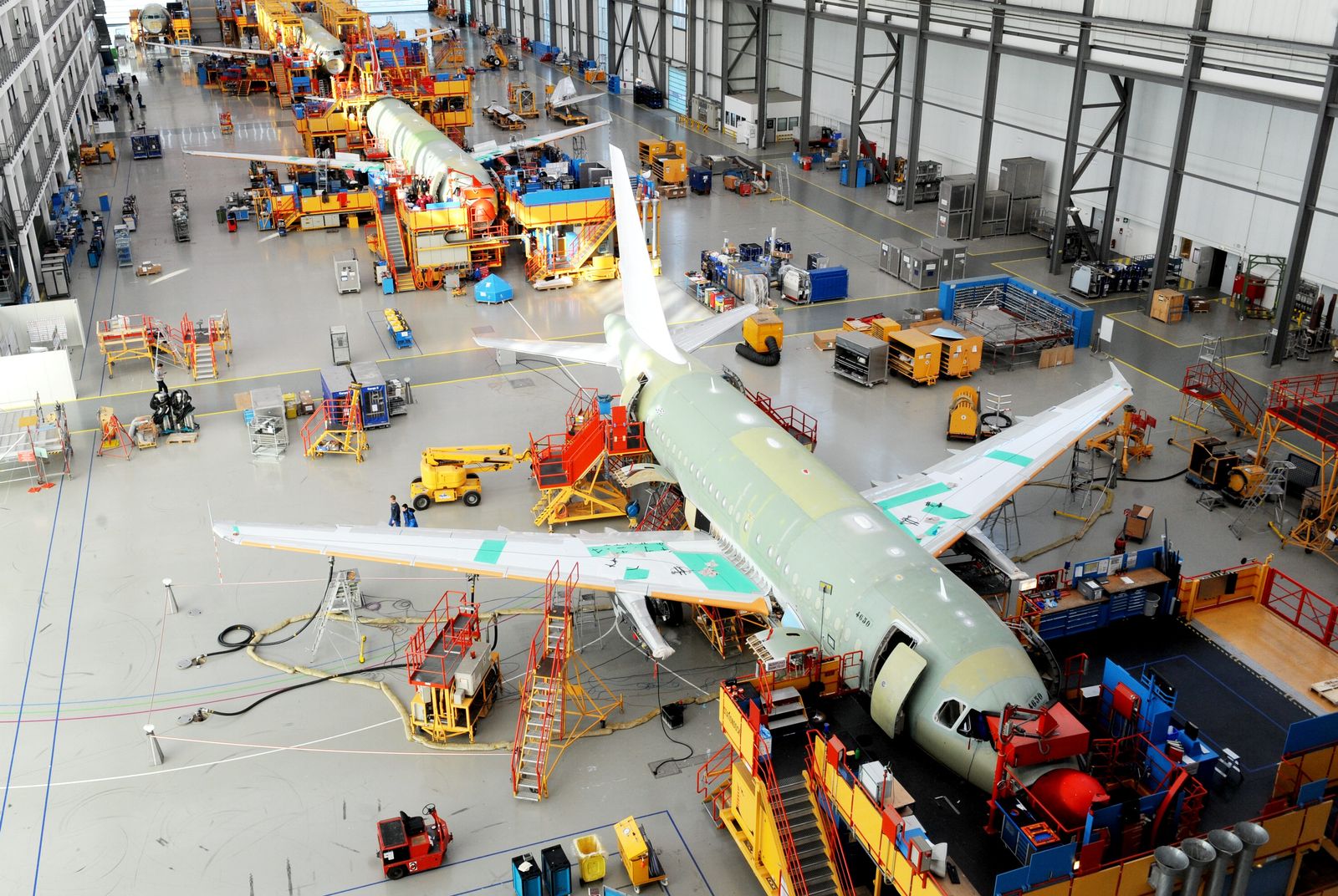 Currently, Airbus A320 aircraft are manufactured at plants in Hamburg (pictured here) and Toulouse in France.