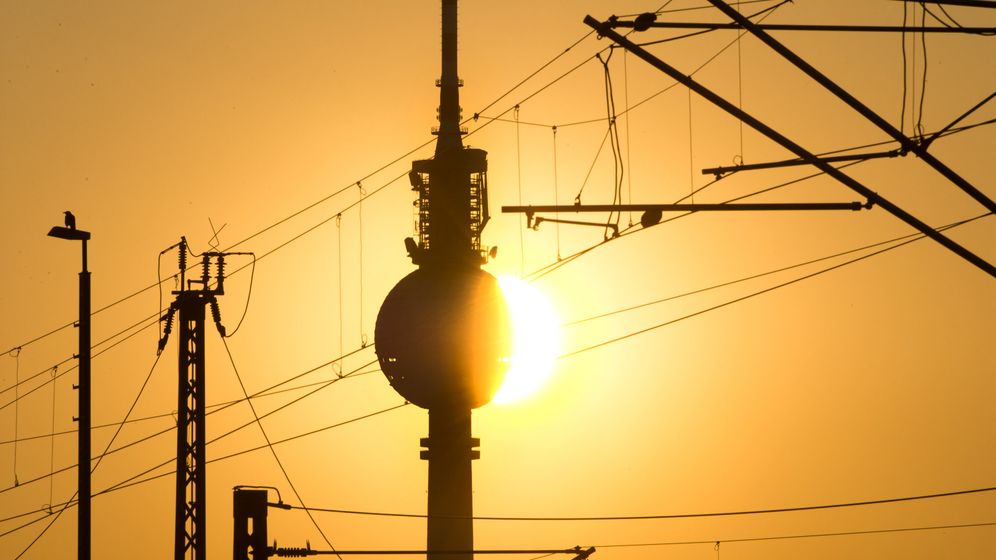 Back in 2011, Arwen Colell was finishing up an undergraduate degree in political science and thinking about what to do next when her friend Luise Neumann-Cosel had an idea. They had met in a youth choir in Berlin and the friendship had blossomed through a shared passion for environmental issues. "She called me up and said, 'We should buy the grid,'" Colell said in a phone interview. Colell didn't have to think long before responding: "Sounds like a good idea."

Neumann-Cosel was referring to Berlin's energy grid, up for sale next year. Consisting of some 35,000 kilometers of underground cable, 8,000 medium- to low-voltage substations and 80 high-voltage substations that feed electricity to 2.3 million customers, the grid is a heavily-regulated monopoly that is available for purchase as a concession every 20 years. Depending on who you ask, it is worth somewhere between €1 billion and €3.1 billion.

In anticipation of the auction in 2014, the two founded a group called BürgerEnergie (People's Energy), which has raised €3 million in its drive to take the grid from Vattenfall, the Swedish company that currently owns the concession. It's an impressive amount of money for such a small initiative, but a far cry from what they would need to make a serious bid.

BürgerEnergie isn't the only group targeting the sale, though. A second citizen's group, called Berliner Energietisch (Berlin Energy Table), has undertaken a drive to re-communalize the grid. Their plan is to gather enough signatures to put the issue onto the ballot in hopes of forcing the city-state of Berlin to buy back the grid with public funds. There are also six other bidders, including Vattenfall. But these two citizen-based groups have created an unusual movement by politicizing something most people take for granted.

The public tends to pay little attention to city energy grids until something goes wrong. And currently, Berlin's energy grid is not broken. It's among the most reliable on the planet, in fact. Whereas Germans, on average, were forced to go without power for a mere 15.3 minutes in 2011 -- one of the best marks in the world -- in Berlin that number was just 10.7 minutes. In London, by comparison, the lights didn't work for 31.9 minutes that year.

What is broken, however, is the supply of renewable energies in Berlin. Despite Germany's ongoing move away from fossil fuels, the capital is far behind, with just 1.4 percent of the city's energy coming from renewable sources. Changing that is imperative for a country aiming to leave nuclear energy and dirty fossil fuels behind. The question is whether or not two recent college grads can help make that happen.

Luise Neumann-Cosel was an unusual sight on an early February panel at an event at the Berlin Solar Network, where the male-dominated room was mostly dressed in business attire. The 26-year-old was sporting green stockings and a gray scarf, the kind of chaotic cool that has become standard on the streets of Berlin. Yet appearances notwithstanding, Neumann-Cosel more than held her own in the debate, which pitted her against a Vattenfall executive, with a politician on each side.

Neumann-Cosel is the only full-time employee at BürgerEnergie and says she puts in roughly 60-hour weeks charming investors, planning events, and speaking to groups about the organization. Rain or snow, she rides her bike to those meetings, through the darkness of Berlin's winter. But the organization is far more robust that just one employee.

"We picked up the phone and started talking to lots of people who had done this before or had more experience," Colell said of the group's beginnings. "We grew more confident that it was not a huge and crazy idea but that we actually had a shot."

'Important to the Community'

The ambition to buy Berlin's grid, Germany's largest, helped interest many who have signed on for the effect they could have if it succeeds. An attorney with a background in energy issues, Peter Masloch, spent a year as a BürgerEnergie managing director, helping develop the organization and fill the board. As the organization grew, dozens have pitched in with volunteer work. Colell, now co-managing director alongside Neumann-Cosel, is both a new mother and starting a job in a few months working on infrastructure for electric vehicles.

The group has already been successful in steering the debate on the role of energy grids, specifically when it comes to questions regarding investments in the grid to provide a new strategic direction. They want to see power over Berlin's energy supply in local hands, with the profit from the grid staying in Berlin too. Vattenfall is not doing enough to support renewable energy in the city, they say. And finally, they want to increase democracy and transparency when it comes to how the grid is run.

"Grid operation is not just any kind of contract," Colell said. "It is important to the community … and the time has come to say we need to think about the way we distribute renewable energies."

The challenges, of course, are huge. BürgerEnergie isn't just facing a major multi-national corporation -- it is also confronting the tattered reputation that publicly-run infrastructure projects have earned here in recent years. Exhibit number one is the fiasco of Berlin's ultra-modern new airport. Construction began in late 2006, but there have been numerous delays and the facility still has no firm opening date. Furthermore, the cost of the project has more than doubled to €4.3 billion ($5.7 billion), up from an initial projected cost of €2 billion. It's something no one in Berlin would like to see repeated with a publicly-run electricity grid. And it offers Vattenfall an easy argument in its efforts to keep hold of the reins.

That's not the company's only argument. During a lengthy interview recently at the immense Vattenfall building on the border of Berlin's Kreuzberg and Treptow neighborhoods, company representatives were eager to highlight the Berlin grid's enviable reliability record, one which has only improved in recent years.

The company also maintains that there is a sharp difference between managing the grid and supplying the energy to that grid, which Vattenfall also does. Much of that energy, however, is produced by highly-polluting brown coal (or lignite) -- giving Vattenfall a powerful financial incentive to ensure that the Berlin grid continues to be fed with energy produced by fossil fuels.

"If you have a company like Vattenfall behind you still investing in big fossil fuel power plants, you will not be happy if people want more decentralized renewables," said Stefan Taschner, spokesman for Berliner Energietisch.

Ines Schmidt, a spokeswoman for Vattenfall, notes that the two sectors of Vattenfall's business in Berlin are strictly separated. "There are no energy politics from the grid side," she insisted. She also maintains that the lack of renewables in the Berlin mix is the product of a simple lack of supply.

They are comments that merely generate an eyeroll from Luise Neumann-Cosel. She points out that while there may be a legal requirement that the two sectors are separate, the parent company still gets to decide what to do with the profits. And what they have chosen to do in recent years is clear: More than 90 percent of the energy produced by Vattenfall in Germany comes from coal.

Keeping the Lights On

The hurdles facing BürgerEnergie are high. Vattenfall has estimated the value of the grid at between €2.5 billion and €3.1 billion. Even if the cost is closer to the €1 billion estimated by the citizens' group, it is still a massive amount of money to raise for a couple of recent university graduates.

Berlin Energy Table likewise faces an uphill battle. It must gather 200,000 signatures by June 10 in order to get the issue on the ballot and force the city-state of Berlin to buy the grid. The state, however, is billions in debt already and would be hard-pressed to come up with the asking price.

And then there is the question as to whether either of the citizens' initiatives can improve on the job done by Vattenfall. Can Neumann-Cosel and her group really ensure that the lights stay on in Berlin? 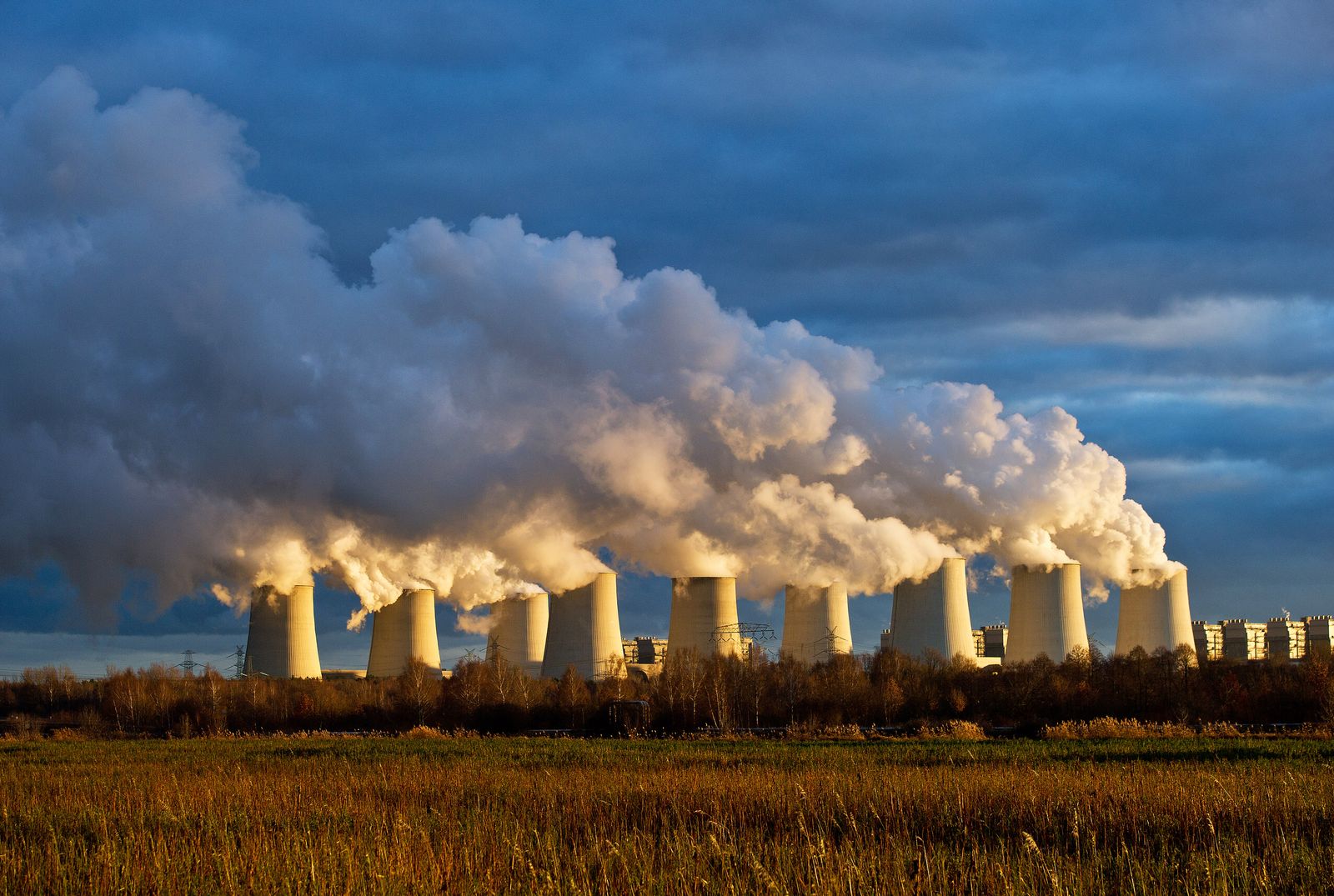 Much of Berlin's energy is produced by highly-polluting brown coal (or lignite) -- giving Vattenfall a powerful financial incentive to ensure that the Berlin grid continues to be fed with energy produced by fossil fuels. Here, Vattenfall's brown coal power plant in the state of Brandenburg outside Berlin.