Alex Zhu, 40, is the head of TikTok. The youth-focused social media app is owned by the Chinese company ByteDance. In 2014, Zhu founded the startup Musical.ly, which ByteDance later acquired. After taking a few months off, he took the helm of TikTok, which is headquartered in Los Angeles, at the beginning of 2019.

DER SPIEGEL: Mr. Zhu, with TikTok, you are currently heading the fastest-growing social network in the world, but few people know your name. Why have you avoided the public until now?

Zhu:  First of all, the growth of TikTok has only accelerated in the last months. We had many challenges around our content, our technology and user experience to worry about. Secondly, it was due to geopolitical sensibility.

DER SPIEGEL: You didn’t want to scare anyone off?

Zhu: We know a lot of people have the perception of this being a Chinese company, and they’re skeptical, even though the ownership structure of our parent company ByteDance is global in nature. So, we thought: If we go out and talk, we will only generate buzz, and trouble will probably follow. But this was definitely the wrong decision.

DER SPIEGEL: Because there was trouble anyway?

Zhu: Because when a business grows, the attention will follow. So far, we haven't done a good job of telling our story. If you don't actively go out and talk and define your narrative, somebody else will do it for you. And this probably won’t be good for you.

DER SPIEGEL: But we’re talking about more than bad PR. In the United States, you have had to defend yourself against accusations of espionage. You've admitted restricting videos containing LGBT and disabled persons. And time and again, China-critical content disappeared from your platform. Why should people trust you?

Zhu: We've made quite a few mistakes in the past, no question. Partially due to cultural insensitivity, partially due to inexperience. And I admit that we have not been transparent enough in the past. But the key is: We listen, we learn and we improve. We just published new community guidelines. And I can assure you: In the past, we have never, ever received any request from the Chinese government or regulators to take down any content from the platform. And I am firmly convinced that there will be no such request in the future.

DER SPIEGEL: There may not be an official one, but the political pressure might be enough.

DER SPIEGEL: Nevertheless, you’ve got TikTok employees in Beijing tasked with checking videos from Germany and deciding how to prioritize them on the platform.

Zhu: That’s because we want to guarantee safety 24/7. But most of the German videos are already checked by German moderators. In Beijing, we employ less than 20 people who are taking on the night shifts and follow the same guidelines as their German colleagues. But I understand this concern. Very soon, videos from the European market will be completely moderated outside of China.

DER SPIEGEL:  How do you plan to make that work?

Zhu: We will increase the size of our moderation teams in Europe, including Germany. We’re also setting up a new Trust and Safety Center in Dublin, which will be led by Cormac Keenan. He was a senior manager at Facebook for many years and will be responsible for the content policy and moderation of the European market. By the end of this year, we hope to increase the size of our European Team from around 300 people to more than 1,000.

DER SPIEGEL: TikTok is often referred to as the Huawei of social media. Does that bother you?

Zhu: It's hard to say I don't care about that. The political climate, the conflicts between the U.S. and China, have worsened in the last months and have made business more challenging. As a Chinese company, we never get the benefit of the doubt. But I am optimistic. As long as we’re not doing anything wrong and we’re able to fix our problems, I’m sure there’s a chance to turn this crisis into an opportunity.

DER SPIEGEL: In one of your rare interviews with the New York Times in November, you said you were happy that users so far don't perceive TikTok as a platform for political discussion. Why?

Zhu: To be honest, even today I don't have a good answer in regard to our position on political content. In the very beginning I didn't think we should embrace political content because it can be very polarizing and divisive. I was afraid we’d run into the exact same problems as Facebook. A lot of people say they don't like politics on social media. But maybe they don’t dislike politics, they just dislike misinformation, hate speech and polarizing platforms.

DER SPIEGEL: And that's why you don't want any political content in the app? Aren't you throwing the baby out with the bathwater?

Zhu: From a philosophical point of view, I think every city needs public squares where people can debate and argue. But at the same time, we shouldn't force the whole city to become a public square. There should be museums, concert halls and playgrounds, as well, where people just gather and have fun and express themselves.

DER SPIEGEL: What if people want to express themselves politically?

Zhu: Museums, concert halls or playgrounds would never put up a “no politics” sign. But people behave differently there because they have certain expectations for what those places are about.

DER SPIEGEL: And TikTok decides how much politics is allowed?

Zhu: No, that would be the wrong approach. I don’t want any constraints or removal of political content, as long as we’re not talking about hate speech or misinformation. We will most likely align our policies with other major platforms such as YouTube and Facebook. But in some areas, we should aim to do better. For example, TikTok was one of the first platforms to ban political ads.

DER SPIEGEL: Would Greta Thunberg be welcome on TikTok?

Zhu: I would have to look at her content. But in principle, whoever wants to be on TikTok can be on TikTok. And if she asks for verification, her account will be verified.

Zhu: Everyone is welcome. But I hope TikTok continues to be perceived as a place for entertainment rather than a political platform.

DER SPIEGEL: When you were just starting out, you were more interested in education than entertainment.

Zhu: Actually, before I started my first business, I spent 10 years working for the German company SAP. I worked there as a “futurist of education.” It's a fancy title, but I was actually just doing research and writing blogs about how technology is going to transform education. But I felt a little bored, it was a lot of science fiction. So, I decided to create a startup focusing on education. The idea was for people to share their knowledge in a short video format – we’re talking two to three minutes. But it was a complete failure.

Zhu: We tried to fight human nature. People are more interested in entertainment than education. That’s why we created Musical.ly.

DER SPIEGEL: An app, which allows you to dance and lip-synch to pop music. ByteDance later bought the app and merged it with TikTok. Have you betrayed your ideals?

Zhu: No, I don’t think so. If you look at history, a lot of inventions first started with a toy, with things that seem to be irrelevant, but have the potential to become something much bigger. If YouTube had started out as an education platform, it never would have succeeded.

DER SPIEGEL: Do you actually think TikTok can become an education platform?

Zhu: Absolutely, 100 percent. We already saw education as a strong use case in the last few months. For example, in India we had “Edutoks,” explanatory videos on TikTok. They became a phenomenon. Lots of people are creating educational content. They teach language and basic skills, such as how to fix a machine.

DER SPIEGEL: When people go on TikTok, though, they are most likely to see girls dancing, couples making out and juvenile humor.

Zhu: Education doesn’t have to be "Give them something serious and let them study." When teenagers create dances, if they’re inspired by other people, that is also education.

DER SPIEGEL: Some children have been ripped off on your app rather than inspired. During livestreams, TikTok stars asked them to send little emojis that cost up to 80 euros.

Zhu: We recently introduced a new age policy as well as community guidelines to prevent that. We’re also releasing “Family Safety Mode,” an in-app setting so parents can create joint accounts with their kids.

DER SPIEGEL: But the gift system continues to exist.

Zhu: Are the new guidelines sufficient? I don’t know. Maybe not, and that’s a good point. If it makes sense to remove the gift system, we will remove it. (Editor’s note: Shortly after the interview, TikTok removed the most expensive emoji, "Drama Queen," which cost 80 euros.)

DER SPIEGEL: You're making a lot of money from it. According to analysts, these "gifts" recently saw your revenue growing by 300 to 500 percent. Is that true?

Zhu: To be honest, I don't have those numbers in mind because at this moment, monetization is not our focus. But our main business model will most likely be advertisements, similar to other platforms.

Zhu: TikTok is aimed at teenagers aged 13 plus. In the past, our main user base was teenagers, but this is changing. We actually want the platform to age up and provide value to people in their 40s and even boomers.

DER SPIEGEL: You're now 40 years old yourself. Aren't you getting a little old for TikTok?

Zhu:  No, never – being young from our perspective doesn’t have anything to do with age. I spend one to two hours per day watching TikTok videos. In my work, especially recently, I've been under a lot of pressure from media and policymakers. But every time I open TikTok, I feel better.

DER SPIEGEL:  Mr. Zhu, we thank you for this interview.

Editor’s Note: This interview was originally published in the Jan. 18, 2020 issue of DER SPIEGEL. 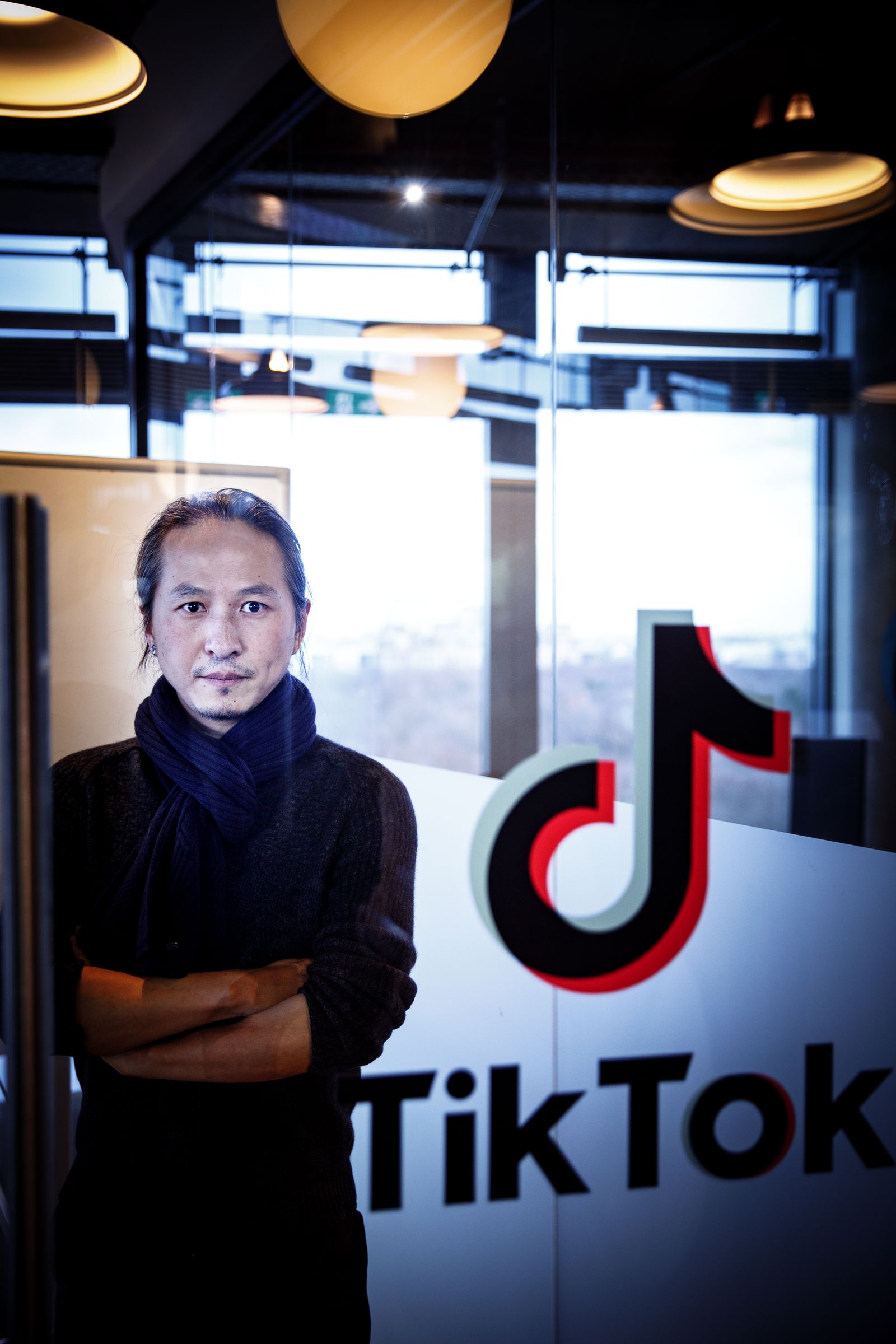 TikTok executive Alex Zhu: "We've made quite a few mistakes in the past, no question." 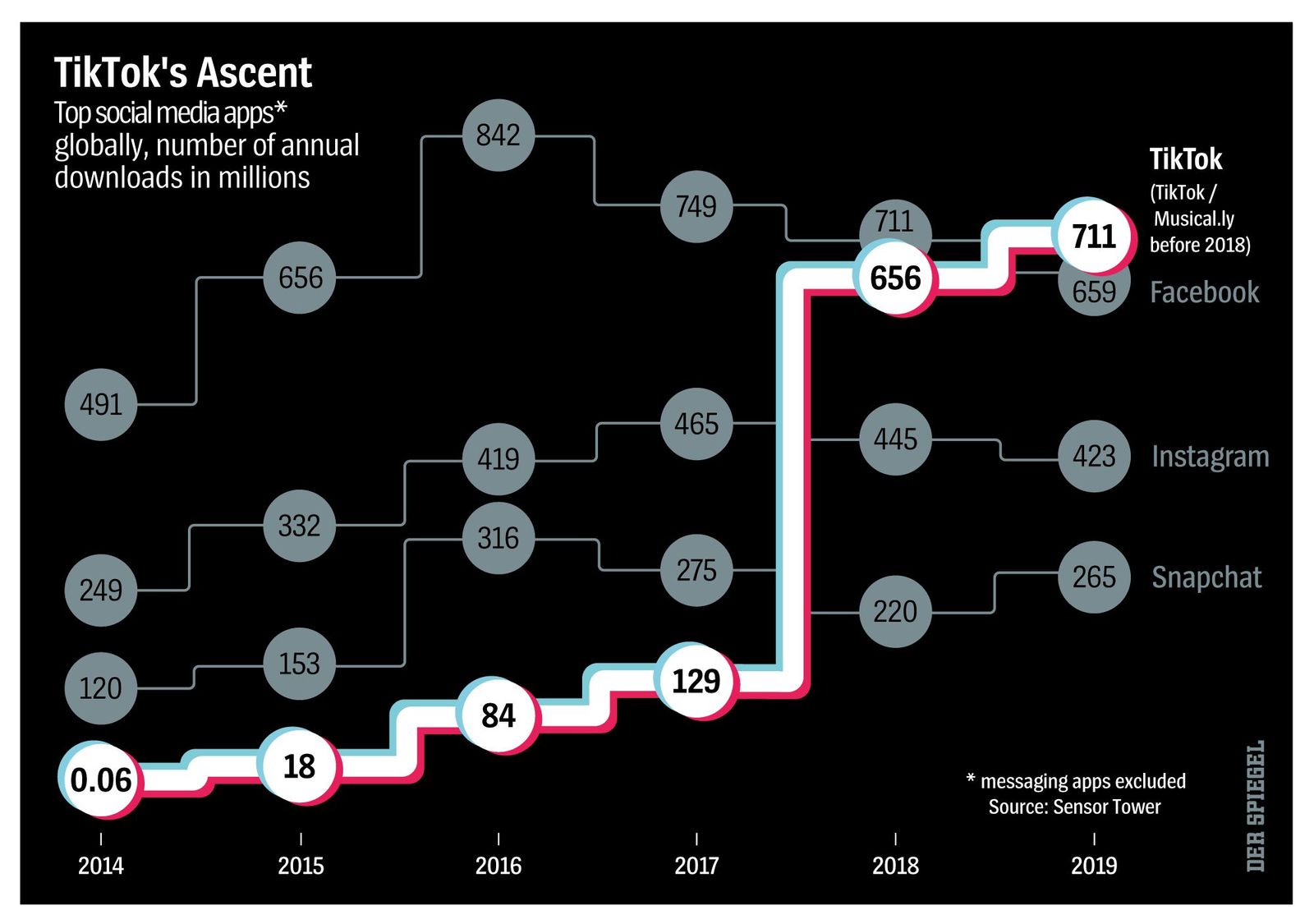 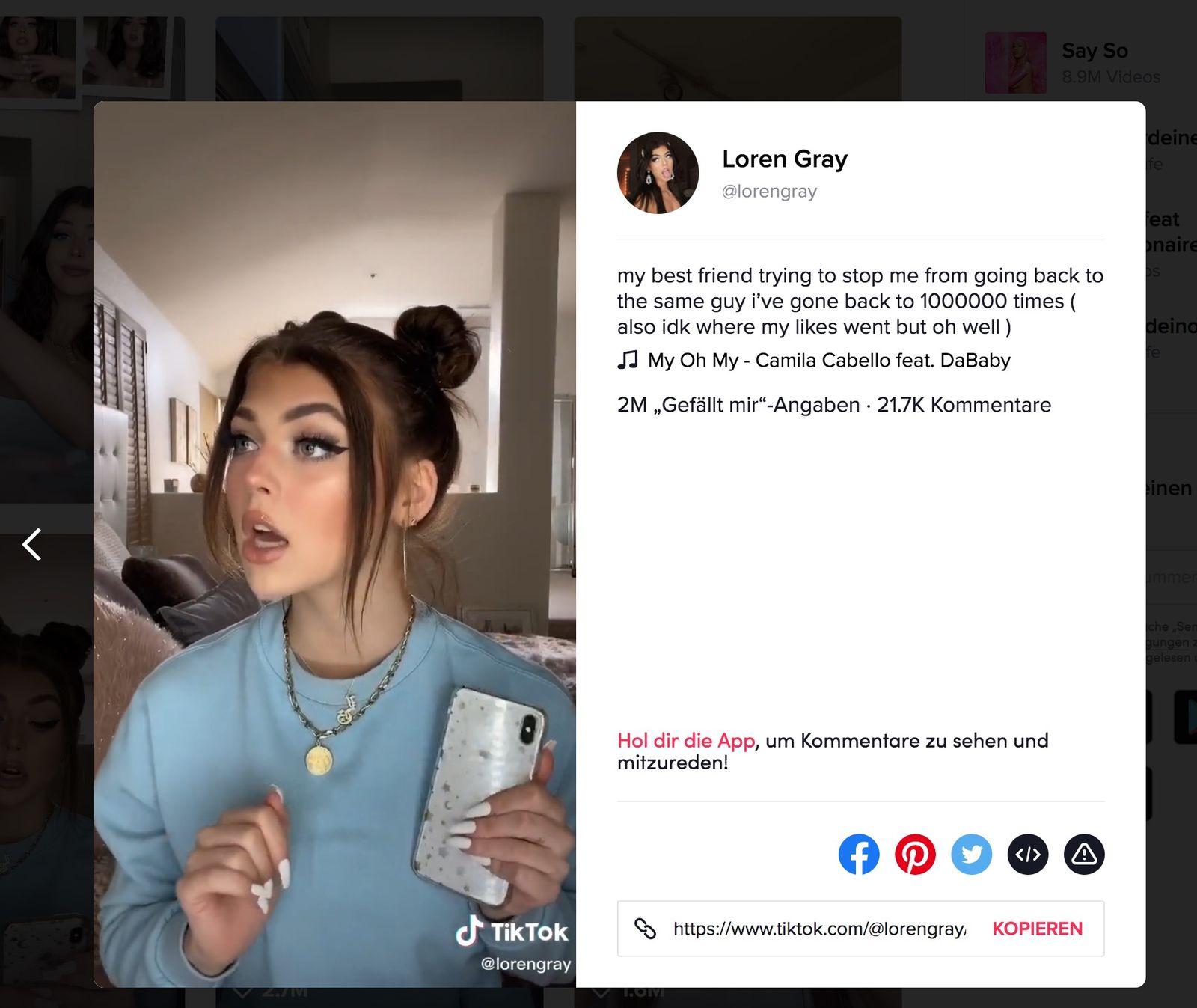 A post from a TikTok influencer: According to Zhu, "A lot of people say they don't like politics on social media."