Although France may have just officially emerged from the recession, an appreciating euro and a decline in tourism continue to take a toll on the country's beleaguered restaurant industry. But the French government's decision to slash the value-added tax, a levy similar to sales taxes in the US, from 19.6 percent to 5.5 percent in the country's restaurants as of July 1, is expected to give one of France's most important industries a much-needed boost. 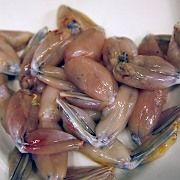 Haute cuisine: Frogs' legs could be back on the menu in France as a cut in value-added tax -- known as TVA in French --promises to boost the restaurant trade.

The move, approved by the European Union in March, follows a seven-year lobbying campaign by the French government. As part of the deal, restaurant trade groups agreed to create 40,000 new jobs over the next two years, including 20,000 apprentice positions, and pledged to cut prices of many menu items by 11.8 percent.

The drop in VAT is expected to make dining more affordable to both French citizens and tourists. These days, with consumers' purchasing power in decline, eating out has become a luxury, not a necessity. "Since the beginning of last year, the number of people going out to restaurants in France has dropped by 20 percent," says Jean-Pierre Chedal, the president of Synhorcat, a French union representing restaurants and cafés. "Hopefully, the lowering of the VAT will improve business and bring much-needed momentum to the industry."

For months, French eateries have been struggling to stay afloat. The VAT reduction is an attempt to stave off additional restaurant closings in France, which have skyrocketed since the start of the recession. As many as 3,000 establishments went out of business in the first six months of 2008, according to a study released by Paris-based credit insurer Euler Hermes. Of these, 1,790 were traditional restaurants, and 610 were cafés and bars.

"The lowering of the VAT will permit France, the 'Land of 365 Cheeses' as General de Gaulle called it, to preserve and improve its culinary reputation," said French Finance Minister Christine Lagarde in April while announcing the measure. "It will revitalize the restaurant sector."

France's restaurant industry is an important part of the economy. The country's more than 185,000 food establishments employ some 600,000 workers. With its reputation for gastronomic excellence, the industry is also a source of cultural pride, with the country boasting a slew of legendary Michelin three-star chefs like Alain Ducasse, Guy Savoy, and Alain Passard.

"The sector is essential to our country's economy,"Hervé Novelli, the French secretary of state for commerce, said while announcing the drop in VAT to restaurateurs in April. "For 42 percent of tourists, the reputation of French gastronomy is what motivates their visits." During the summer, tourists make up anywhere from 20 percent to 30 percent of restaurants' clientele, says Chedal, who in addition to presiding over Synhorcat, owns Le Bar à Huîtres, a chain of four oyster bars in Paris.

The double whammy of recession and a strong euro, however, has meant a decline in tourism. Cash-strapped foreign tourists are snubbing France this summer. The number of overnight stays from foreign visitors fell by 15.5 percent during the first five months of the year, compared with the same period in 2008. And France, which derives 6 percent of its gross domestic product from tourism, reported hotel bookings dropped nearly 30 percent in June and July, according to Novelli.

But the economic stimulus doesn't come cheap. The government tax cut will cost the French state a staggering $3.3 billion (€2.3 billion) a year in lost tax revenues at a time when the French budget deficit is threatening to exceed the EU's limits for the third year running. The French government claims that part of the measure will be self-financed, as it will increase restaurants' sales and create jobs.

Still, the government concedes the amount in lost tax revenue is sizable. "It's almost the price of a new generation of aircraft carriers," said Lagarde.

In exchange for the VAT drop, restaurant and café owners have signed a contrat d'avenir (contract for the future) with the French state, pledging to create an additional 40,000 jobs in the next two years. Lagarde says the contract is "based on confidence and the responsibility that restaurants are assuming in price, employment, and quality of service."

French eateries that do lower their prices and precisely apply the recommendations put forth by the French Economic Ministry will be allowed to post the official sticker on their window, "A cut in VAT is a cut in prices!" The recommendations urge restaurants to slash prices by 11.8 percent on at least seven of the following 10 menu items: appetizer, hot dish (meat or fish), plat du jour (daily special), dessert, combo "appetizer + dish," combo "dish + dessert," juice or soda, mineral water, coffee, and tea. The drop in VAT applies only to food, not alcohol.

Establishments will not be obliged to pass on the cuts directly to customers. But so far, 90 percent of big restaurant chains and 30 percent of independent eateries have already jumped on board and revamped their menus. Overall, owners are willing to make less money on a dish in exchange for higher traffic volumes. "The restaurant business is very competitive," says Thierry Poupard, an independent Paris consultant in marketing and sales for the restaurant industry. "If one restaurant significantly lowers its prices and the one next door doesn't, guess where the customer will go?"

Many of the larger restaurant chains are using the change to entice new customers with revamped menus. At Léon de Bruxelles, a French chain of 50 restaurants specializing in mussels, the menus proudly display pre-VAT drop prices slashed out with new, cheaper prices printed next to them. A diner can then clearly see that before July 1, a main dish of steak and fries cost $15, whereas now, it's $13.

So far, it is the small, family-owned restaurants that have been hesitant to change their menu pricing. Many instead are using the cut to keep themselves afloat or raise workers' salaries. Since the measure went into effect, only 30 percent of such smaller restaurants have readjusted their prices to reflect the drop in TVA. "This percentage is substandard," Novelli told French radio station RTL on Aug. 6. "I would be happy if two-thirds of French restaurants lowered their prices."