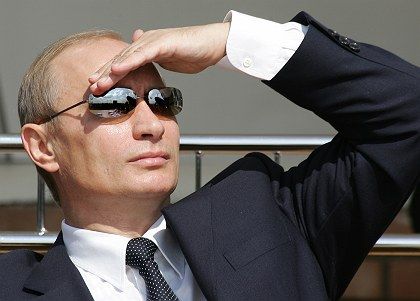 It has been fifty years since the Soviet Union launched Sputnik, proving to an astonished world that the Russians could beat the West at its own scientific game. Now a vastly different Russia is once again back in the technology race. Spearheaded by President Vladimir Putin, with backing from leading businessmen and investors, the country has embarked on a sweeping program to promote a high-tech economy. The prize this time: a position in the emerging technologies that will shape the future global economy.

Putin set the tone in April when, in his annual address to the Russian senate, he announced a massive $7 billion program, financed from the state budget, to promote the development of nanotechnologya new science that involves manipulating matter at the microscopic level, with applications from industry to medicine. Russia's fledgling venture capital industry also is getting a shot in the arm, thanks to a $1.2 billion state-backed technology fund. And construction began last year on seven new technology parks at locations around Russia, aimed at encouraging technology businesses to set up shop near scientific research centers. To head the technology drive, Putin has tapped one of his most trusted lieutenants, Deputy Prime Minister Sergei Ivanov, who is widely seen as the favorite to become President when Putin steps down next March.

On the face of it, Russia has strong tech foundations. Despite the economic tribulations that followed the Soviet Union's collapse, its scientific legacy lives on in the form of 3,500 scientific research institutes employing 600,000 scientists and engineers. Russian universities churn out some 200,000 science and engineering graduates each year. "We identify Russia as one of the emerging countries with an excellent education system, and a culture of developing high technology," says Ashish Patel, managing director for Intel Capital (INTC) in Europe, which has so far invested in a smattering of Russian technology ventures.

Optimists can point to the growth of Russia's information technology sector, which has taken off in recent years despite minimal government support. Russian software exports have risen from just $120 million in 2000 to $1.5 billion last yearsurging by 54% last year alone. The sector's growth also has been boosted by the arrival of in-house programming centers for major multinational corporations including IBM (IBM), Motorola (MOT), and Boeing (BA). Indigenous Russian IT companies are now mulling $1 billion initial public offerings (see BusinessWeek.com, 6/26/07, "A Russian Tech Pioneer Sets the Pace").

The downside? Russia's IT industry still represents just 1.5% of gross domestic product. That compares with 5% in the U.S.or 12% in Ireland, a model for high-tech success. Russia's annual software exports are one hundred times smaller than its exports from oil and only around one-tenth those of India. And in other sectors besides software, Russia still lags technologically. At 1.2% of gross domestic product, the country's research and development spending is still just half the Organization for Economic Co-operation & Development (OECD average.

That explains why the Kremlin now wants to pump more of Russia's huge oil and gas profits into high-tech research. So far, nanotechnology has especially captured the imagination of politicians. This year $5 billion is being plowed into a new state corporation, Rosnanotech, that will be responsible for overseeing and coordinating research in the area. Russia will certainly need to invest billions to catch up with other countries.

But Putin's initiative has also raised eyebrows. "It looks like monopolization of finance," says Irina Dezhina, an expert on science policy at the Institute for the Economy in Transition in Moscow, who notes that the nanotech program will receive three times more state funding than the rest of Russia's scientists put together. Mikhail Kovalchuk, the director of the Kurchatov Institute that will be the center of the new corporation, is a close friend of Putin's from his St. Petersburg days. That has fed gossip that nanotech funding is being awarded on personal or political groundshardly a recipe for future commercial success.

That's a risk with any large state funding program. To kick-start innovation, private cash will be criticalas will be the financial savvy of hard-headed investors. So it may be more encouraging that Russian business also seems to be jumping on the high-tech bandwagon. In May, Mikhail Prokhorov, a leading Russian metals and banking tycoon, announced the creation of a $17 billion holding company that will focus on high-tech investments, including alternative energy and nanotechnology.

Russia's other recent governmental initiative, the launch of the Russian Venture Company, may well prove to be a smarter bet than simply pouring state funds into research. Russia plans to invest $1.2 billion via 10 to 12 privately managed funds, with 49% of the finance coming from the state and the rest from private investors. The first three management companies were selected in May, having already raised $150 million in private funding. As well as Russia's VTB Asset Management & Finance Trust, they include Bioprocess, a U.S.-backed investment fund specializing in biotechnology (see BusinessWeek.com, 5/30/07, "Where the VCs Are Flocking Now").

Russia borrowed the idea from Israel, where a similar scheme begun in 1993, called the Yozma fund, helped kick off a venture capital industry that has since raised $10 billion for high-tech investments, including around 4,000 startups. But some are doubtful. "The problem with Russia isn't a lack of money. It's a deal-flow problem. There are not enough investment opportunities" says Thomas Nastas, president of Innovative Ventures, a U.S. investment fund that has been searching for high-tech investments in Russia since 2001.

He and other investors emphasize a lack of business skills on the part of Russian scientistsmany of whom are aging and have limited English proficiency and business experience. (There are, however, a small but growing number of Russian entrepreneurs and executives returning home to launch new ventures after successful gigs in the U.S.) Then there's the absence of seed capital for new businesses, which are rarely funded from scratch by venture capitalists. "Even if you're a motivated researcher who wants to start a business, you face huge problems" says Dezhina. In the U.S. the government provides $2 billion each year to start new companies through the Small Business Innovation Research Program. In Russia, she notes, the equivalent government program has a budget of just $40 million a year.

But the biggest problem, investors and entrepreneurs complain, is Russia's hazy protection of intellectual property rights. In particular, the state is reluctant to let scientists exploit their inventions if they were funded with the government's help. "There are lots of bright scientists in Russian government institutions, and I'd love to work with them. But I can't because my invention will be claimed by the government," says Dmitry Kulish, a former Intel venture capitalist who recently formed a biotech startup to make anti-hepatitis drugs. Alexei Oblayov, global business analyst with U.S. biotech giant Genencore in Moscow, says that the company has rejected the idea of working with Russian academics for similar reasons. "If it's academic research, it's unclear who owns this. The only business model that works is a private research institute," he says.

All of which explains why, outside the blossoming IT industry, so few Russian innovations have yet enjoyed commercial success. Still, many observers are now more optimistic, pointing out that Russia's big technology push is only just beginning, with more initiatives likely now that the issue is being prioritized by the government. "All the pieces of this innovative ecosystem are now coming together," says Oleg Koujikov, a former Intel executive who returned to Russia to head venture funds at Russian investment bank Troika Dialog. "The key asset is human capital, and that's what Russia has."