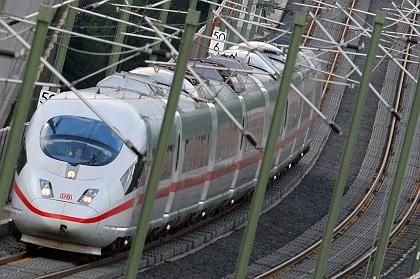 That was then. Nowadays, with the flourishing of budget airlines like Ryanair, EasyJet and Air Berlin, train travel has become far too expensive for travelers keeping a close eye on their pocketbook. Air travel has become the budget way to go.

But the pendulum may soon swing back the other way. According to the Monday edition of German business daily Handelsblatt, European national railways have made great strides in their efforts to create an international partnership modelled after the Star Alliance airline network to compete with the discount airlines. According to the paper, the railways from Germany, France, Switzerland, Austria, the Netherlands and Belgium along with the British train operator Eurostar are planning to kick off their partnership in December.

The group, which is referred to internally as "Railteam," plans to offer the equivalent to Star Alliance frequent-flyer miles, a program that German rail company Deutsche Bahn already offers its customers. Other perks will include seamless connections at stations, through ticketing and fares, accessible information on booking and journey information, and on-train Internet access, a press release from Eurostar says.

"The budget airlines have created the impression that they are faster and cheaper," a Swiss rail spokesman told Handelsblatt. "We want to combat that idea."

Much of the cooperation will focus on integrating the participating countries' high-speed rail offerings, on par with the TGV-ICE service between Paris and destinations in Germany, likewise starting in December. But Railteam isn't just touting speed and convenience. Eurostar head Richard Brown says the alliance will provide a "really attractive and effective alternative to the more environmentally damaging, short-haul airlines."