DER SPIEGEL: Mr. Governor, we are seeing alarming growth of new COVID-19 infections in many countries in the eurozone. Are you expecting a second lockdown?

Villeroy: The measures just announced by the French president are precisely designed to avoid it. During the first outbreak in March, the French economy shrank by about a third, for instance. That was indeed a very severe shock. But then we had a very strong rebound, quicker than expected. Today, about 90 percent of our economy is doing quite well, although certain sectors like tourism or the automotive and airline industries are suffering. Government help should prioritize these sectors.

DER SPIEGEL: If the situation gets worse in the coming weeks, will the European Central Bank (ECB) react with a new monetary stimulus package, as in March?

Villeroy: At the time, we tried to counter the unique downturn and the looming financial crisis with a very substantial program, and it worked. The situation has improved since, so we decided at our recent meeting to keep a steady hand. But a steady hand doesn’t mean tied hands. If there is a need to take greater action due to incoming data, we would have the capacity and the will to act.

DER SPIEGEL: Your German colleague Jens Weidmann recently said that a possible resurgence of the pandemic is already incorporated in the existing program. If this is true, then there shouldn’t be a need for further action.

Villeroy: You will not pit me against my friend President Weidmann. You know the famous sentence by John Maynard Keynes: "When the facts change, I change my mind.” So far, we are not there. The very accommodating monetary stance we have is appropriate at present.

DER SPIEGEL: Some members of the council want to end the program next summer. How likely is that?

Villeroy: We have said that the program will run until the crisis phase is over, and at least until next June. Given the uncertain situation today, it would be a mistake to decide on an end date now.

DER SPIEGEL: In late August, the U.S. Federal Reserve announced a new "symmetrical inflation target,” which means: When the inflation rate is below the target for a certain amount of time, the Fed would tolerate an overshoot later. Could that serve as a model for the ECB?

Villeroy: Our own strategic review at the ECB is autonomous from the Fed. But our mandates have price stability in common, and the Fed just confirmed it has an inflation target of 2 percent. Regarding symmetry: If you look at what our Governing Council has been saying for several months, and what Christine Lagarde clearly stated in Frankfurt in September, it means that the ECB also has a symmetric target.

DER SPIEGEL: In concrete terms, that means that if the inflation rate is below 2 percent in one period, it must be above 2 percent in the next one?

Villeroy: We are not yet at mathematical "average targeting," as the Fed announced, while reserving the right to remain flexible. But we do not want to exclude that, in the future, the inflation rate may rise above 2 percent, as has happened in the past.

DER SPIEGEL: The problem is that the current inflation rate in the eurozone is minus 0.3 percent, which means prices are falling. Are central banks no longer able to fight low inflation rates?

Villeroy: They are. Central banks have the capacity to act, as the recent past has shown. The COVID-19 crisis has clearly increased downward pressure on prices in a situation where inflation was already low. Our active set of monetary measures since March avoided deflation and is efficient, if you incorporate the usual transmission delays of monetary policy. We expect inflation to become positive again in a few months, and a rate of 1 percent next year and 1.3 percent in 2022. We are on the right path, though still too low.

DER SPIEGEL: That path has the ultimate goal of higher prices.

Villeroy: Our aim is to anchor medium-term expectations of inflation at around 2 percent. Almost all economists worldwide agree that such an objective is a solid basis for sustainable growth.

DER SPIEGEL: Some economists have their doubts that the ECB can get there, in part because of the recent ruling by the German Constitutional Court. The ruling puts the brakes on the ECB’s bond-buying program, which channels liquidity into the markets.

Villeroy: The ruling was about measures taken before the pandemic. We have since sent information to the German government and to German parliament. They then stated that we are clearly in compliance with the ruling. Our program oriented toward the COVID crisis is another case, with different circumstances.

DER SPIEGEL: Was the creation of the European recovery fund a step in the right direction?

Villeroy: Clearly yes. Our Governing Council has been saying unanimously for a long time now that monetary policy shouldn’t be the only game in town. The fund should focus on innovation and on the transformation of the European economy. In my view, in the aftermath of the crisis, we should be more Schumpeterian in Europe.

DER SPIEGEL: You are referring to Joseph Schumpeter, the Austrian economist who has stressed the importance of entrepreneurship for economic growth.

Villeroy: If you look at the recent International Monetary Fund (IMF) forecast, we Europeans are facing a challenge. The health crisis has indeed been better managed in Europe than in the U.S. But the recession will be more severe in Europe - even in Germany, though less so – than in the U.S.

DER SPIEGEL: Why is that?

Villeroy: It was urgent and necessary during the lockdown that the program focused on work furlough programs and on a general safety net. But now we need a growth-friendly agenda. We in Europe cannot simply reproduce the past and forget about the digital or ecological transformation. That would be a mistake.

The Bank of France in Paris: "Germany clearly had a better fiscal policy."

DER SPIEGEL: Some economists, especially in Germany, argue that in lowering the interest rate, the ECB is creating zombie firms - bankrupt companies that are only being kept alive by the cheap credit provided by the central bank.

Villeroy: I don’t agree. If we hadn’t decided in favor of our monetary package, we would probably be experiencing deflation right now. That would have been disastrous, including for startups and future-oriented companies. Monetary policy has a general effect on the economy. Governments, with their fiscal and structural policies, by contrast, can be selective, providing state help to those companies that really deserve it.

DER SPIEGEL: Some economists are concerned about the sovereign debt increases that have gone hand-in-hand with the recovery programs in some eurozone countries. Do you share those worries?

Villeroy: Debt has increased in all countries, including Germany – and rightly so. It was the appropriate counter-cyclical response to the COVID-19 crisis. The problem in several countries is the level of debt that existed before the crisis. And in this respect, Germany clearly had a better fiscal policy.

DER SPIEGEL: What will the consequences be?

Villeroy: In my view, there is no need to change the rules of the Stability and Growth Pact at the moment. Instead, we should begin reducing public debt in eurozone countries once the crisis is over and when the economic recovery is completed. Not too early, probably after 2022. Moreover, to ensure debt sustainability, we need structural reforms in several countries to foster growth and employment – and in some countries like mine, we need to increase the efficiency of public spending.

DER SPIEGEL: Does that mean you are opposed to the mutualization of national debt?

Villeroy: In recent months, the old and fruitless debate about the mutualization of existing debt – about so-called euro-bonds – was finally settled. National debt will remain the responsibility of each issuing state, and I think this is fully warranted. As the European Council decided in July, we will now concentrate on reconstruction and future investment. And to do that, we need to issue common debt.

DER SPIEGEL: Since World War II, there has been a gap in policy focus between the rules-based and market-oriented approach in Germany, and greater state coordination in France.

Villeroy: That sounds like a bit of a cliché …

DER SPIEGEL: Has this gap now been bridged by the fund initiative by German Chancellor Angela Merkel and French President Emmanuel Macron?

Villeroy: France has changed in the last 30 years. Today, there are as many large corporations in France as there are in Germany. They are completely independent, publicly listed private firms. At the same time, the number of state-owned companies has diminished significantly. Our central bank is independent, believe me. Sure, in this crisis we need the increased involvement of public authorities on both sides of the Rhine, but I strongly hope and trust that we will remain a market economy. As a European and as a close friend of Germany, I have a deep love for the expression Soziale Marktwirtschaft (social market economy). After COVID-19, we just need to augment that with the word "nachhaltig," which means sustainable. 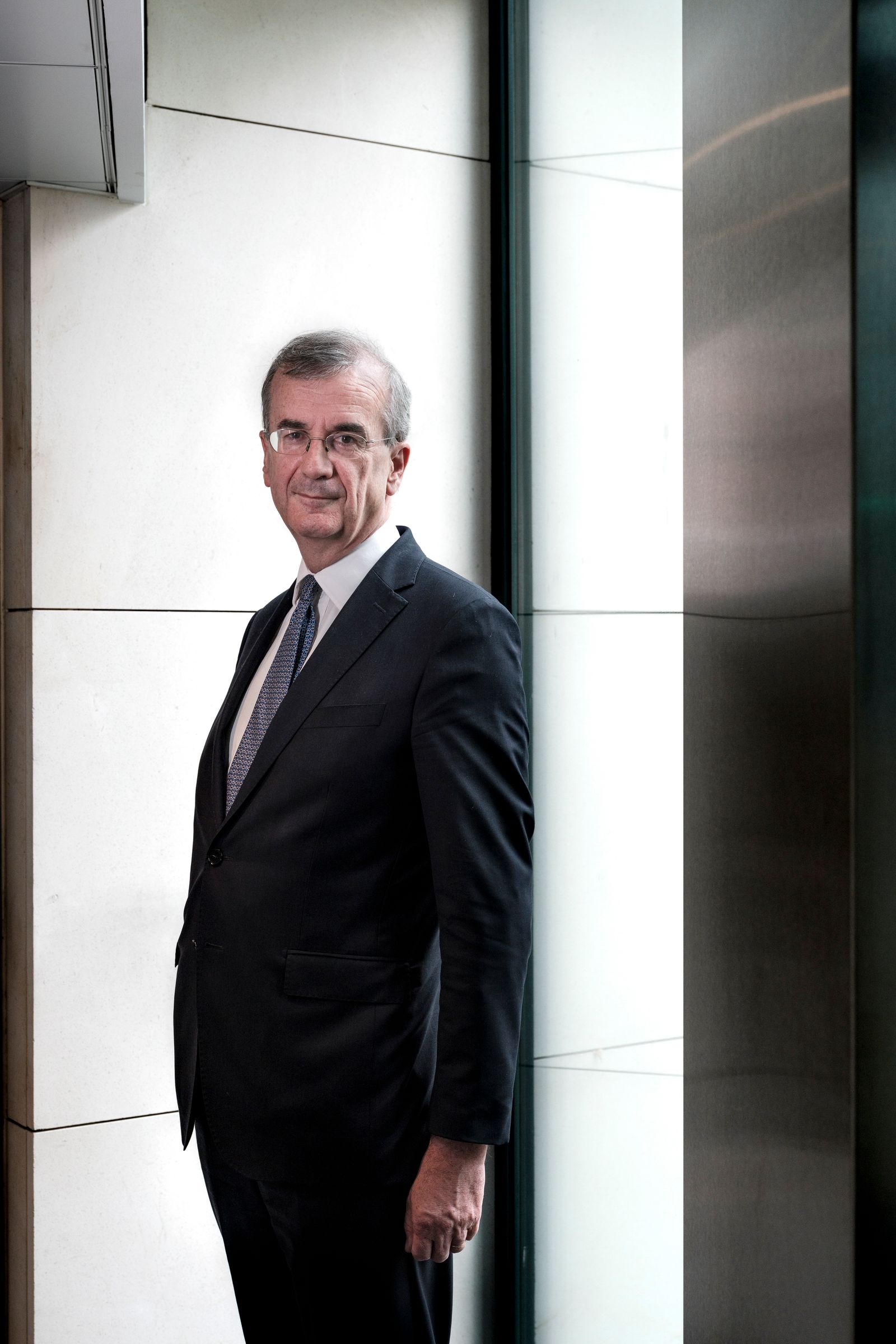 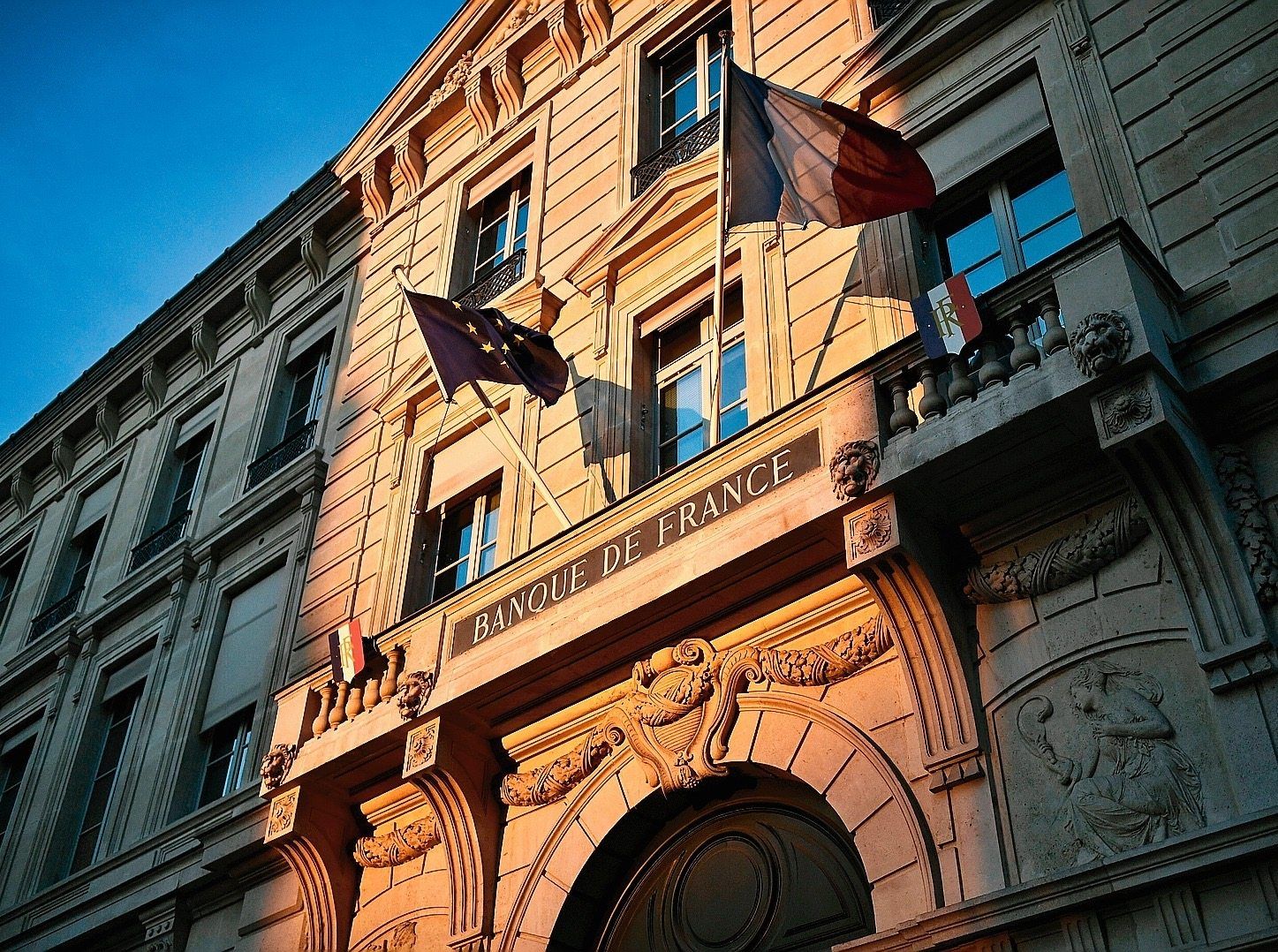 The Bank of France in Paris: "Germany clearly had a better fiscal policy."