It wasn't so long ago that the Spanish banking system was the subject of glowing praise. As financial institutions in Germany and many other European Union countries began to falter because they had badly gambled on high-risk US mortgage securities, the situation remained remarkably quiet in the southwestern part of the continent. The reason was that Spanish banking regulators had largely restricted the country's banks from engaging in the risky business.

In the meantime, Spain's banks are now amongst the greatest problem children in the euro zone. Developments on Wednesday night underscored just how dire the situation has become. The Spanish government announced that Bankia, the country's fourth-largest financial institution, would be largely nationalized. The announcement, made with little notice, suggests a hectic situation. The cabinet of Prime Minister Mariano Rajoy had actually been planning to announce a new bailout program on Friday.

So what led the situation in the Spanish banking market to escalate so quickly? The problem was that the Spanish regulators recognized the threat abroad, but not the one that was brewing at home. Just like in the United States, a real estate bubble had also grown in Spain. The only difference between the two was that Spain's wasn't hidden in the form of complicated financial products. Spain's cajas, or savings banks, speculated badly with normal loans.

In contrast to their German counterparts, the Sparkassen, which are only allowed to do business in the areas where they are located, the Spanish eliminated such a "regional principle" in 1988. This allowed all the country's cajas to participate in the construction boom that saw large parts of the country's coast dotted with new concrete apartment buildings. It is estimated that the cajas are currently saddled with €180 billion ($233 billion) in troubled mortgage loans.

"The Spanish deregulated in the wrong way," says Hans-Peter Burghof, head of the Institute for Banking and Financial Services at Germany's University of Hohenheim. But the government has been trying to move in the other direction for some time now. Bankia, which was nationalized this week, is the product of the fusion of seven cajas at the end of 2010, mergers precipitated by pressure from Madrid. Officials hoped that the institutions could weather the crisis together.

For his part, Burghof has doubts about that line of thinking. "The problem in the crisis so far has not been that the banks were too small," he says. On the contrary, the biggest problems in the crisis have been the banks that are "too big to fail" -- institutions whose insolvency had the potential to create such systemic problems that governments had no choice but to bail them out. This also appears to be the concern that prompted the Spanish government to nationalize Bankia, which still manages about one-tenth of Spanish savings.

In addition, the scope of the risks in Spain's banking sector are still very difficult to assess. The International Monetary Fund attested in April that "a major and welcome restructuring of the savings bank sector is taking place, but the capacity to cope with the needed adjustments differs significantly across the system."

Major banks like Santander or BBVA have sufficient capital and profits. But the IMF reported that other institutions could have trouble fulfilling new risk provision demands made by the government. At Bankia's parent company BFA alone, there is an estimated capital shortfall of €3.5 billion, Spanish daily El Pais reported this week. Last week, BFA was forced to turn in its annual balance sheet to banking regulators unaudited because the auditors at Deloitte refused to approve the figures.

Spanish banks have already written off troubled loans valuing €54 billion. And on Friday, they could be forced to write off even further loans. Rumors the figure could be as high as €35 billion led Spanish bank share prices to plummet on the stock market on Wednesday. Stock prices began to recover after the state showed its willingness to bail out Bankia.

But how much aid can Spain permit itself? With a debt-to-GDP ratio of 70 percent, the country has maintained a relatively low national debt. By comparison, after Ireland nationalized almost its entire banking sector in the crisis, its debt level very quickly rose to almost 110 percent of GDP.

Madrid's room for maneuver is also limited by the fact that it is currently seeking to bring a precipitous rise in government borrowing under control through far-reaching austerity measures. The situation on the labor market is getting increasingly more dramatic, with one in four Spaniards currently out of work. That in turn intensifies the situation at the banks: Increasingly, it's not just bad credit from misguided boom-era construction projects that is proving to be a problem. It is also the fact that normal workers are losing their jobs. "That is a self-perpetuating negative factor," Burghof says.

It is because of this that calls are increasing for Spain to request financial aid from its European partner countries, possibly from the temporary euro rescue fund, the European Financial Stability Facility. Rajoy's government has so far categorically rejected such calls because of fears of what it could do to the country's credit rating. A report this week in the Spanish daily Vanguardia claimed that the European Commission is currently pressuring Spain to appoint an independent expert body to examine the balance sheets of the country's banks. That panel's findings could then be used to develop a plan for removing the banks' remaining toxic assets.

But where should the toxic assets go? The Spanish government allegedly wants to create a so-called "bad bank," where it can park those securities so that they won't continue to burden the banks' balance sheets. In its most recent report, the IMF also wrote that a solution for those securities should now take priority. But the idea of a bad bank was only one of several provided by the IMF's experts. Banking professor Burghof believes that such rescue institutions for non-performing assets only make sense if they are totally separated from an institution and no longer burden that company's own capital. "If that happens, then a bad bank is a clean solution," he says.

And even if Spain does get to grips with its banking problem, the nationalization of Bankia could still become a handicap for the government. For one thing, Prime Minister Rajoy had pledged that no further state money would have to be spent on banks -- a promise that he may soon have to break.

Meanwhile, the developments with Bankia will do little to strengthen the Spaniards' faith in their financial system. In July 2011, shares in Bankia were floated publicly, and it was primarily Spanish investors who bought them. They were promised a safe investment, but Bankia share prices began plummeting in February. Within less than a year, shares had lost more than 40 percent of their value. 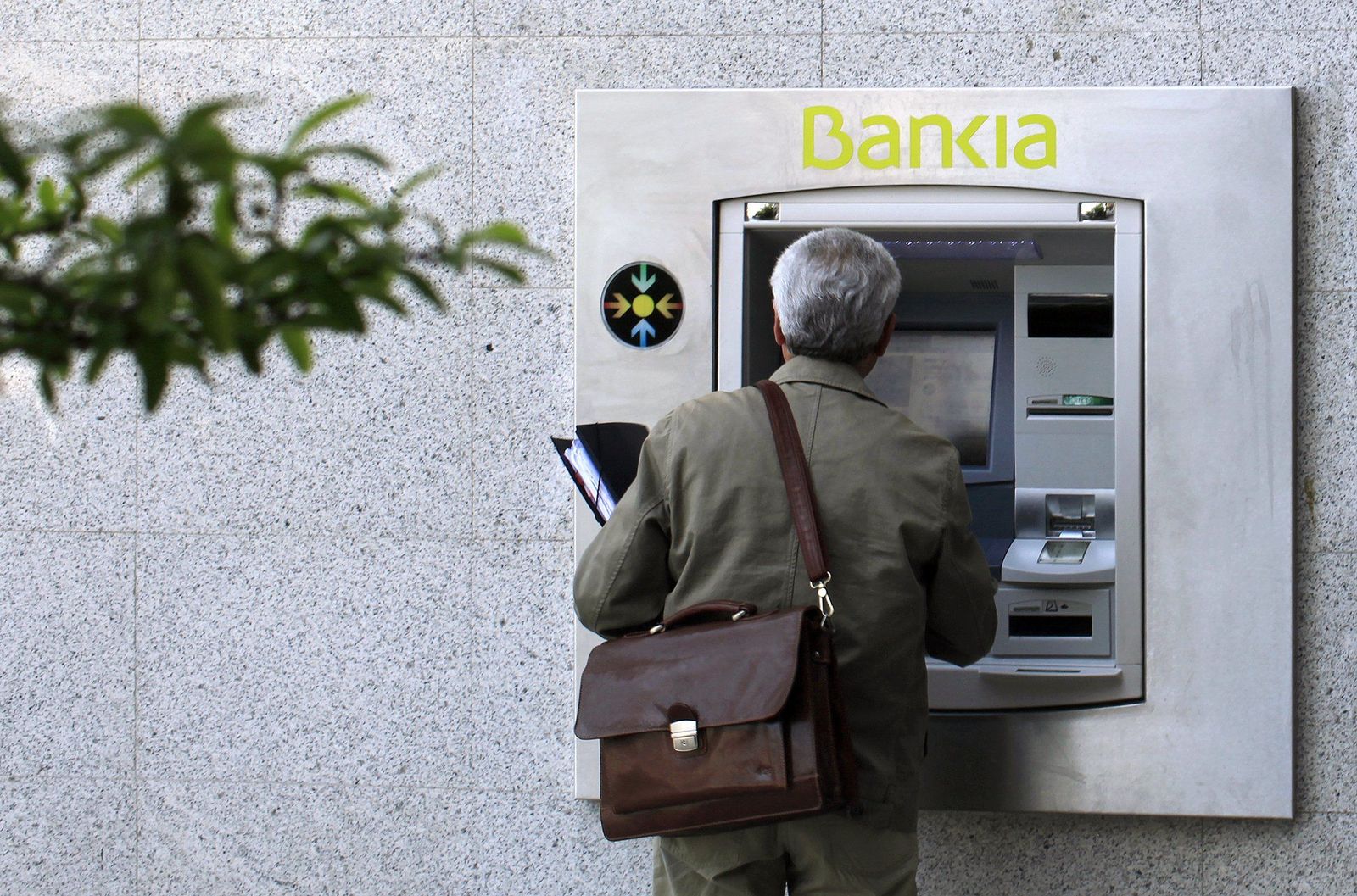 Nearly 10 percent of Spanish savings are held at Bankia, which the government in Madrid nationalized this week.