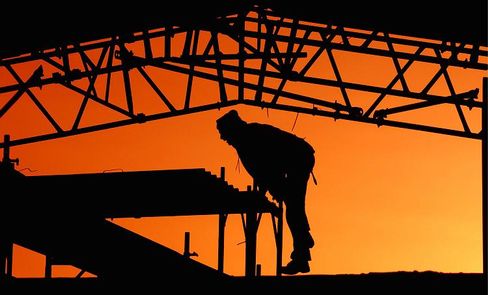 The price seemed horrifically high. When the Berlin government passed a law in 2006 tightening up bans on discrimination in the workplace, German industry was quick to protest. The law, they said, would be bad for business -- and employers quickly came up with a study to prove it. A 2007 report by the Initiative of the New Social-Market Economy (INSM), a group founded in 2000 by German industry, claimed that the administrative costs of introducing the new regulations would add up to a whopping €1.73 billion ($2.58 billion).

Now though, the German government's own anti-discrimination body, created to monitor the introduction and effectiveness of the law, says that the costs to German companies are actually radically lower. A new study released on Thursday that looks at the INSM's 2007 paper came to the conclusion that the price tag might only be €26 million -- if it's even that high.

"The central conclusion of the report completed by the Initiative of the New Social-Market Economy is thus obsolete," the government statement reads.

The new report may very well put a final nail into the coffin of an argument that erupted in 2006 and has been simmering ever since. Many in Germany were unhappy about the anti-discrimination law, passed to bring Germany into accordance with EU regulations, because they thought it would result in a massive new bureaucracy within the country's largest companies. Others worried that German courtrooms would be flooded with lawsuits or even that companies would avoid certain applicants out of fear that they could someday sue the company on the basis of discrimination.

In the two years since the law has been in place, few of those concerns have been realized. Relatively few cases have been brought to court. But the €1.73 billion number still hovers over Germany's anti-discrimination legislation -- a horrendous price tag, business advocates say, for misguided European political correctness.

"Over and over again, German employers have claimed that the anti-discrimination law leads to massive economic disadvantages," Klaus Michael Alenfelder, president of the German Society for Anti-Discrimination Law, told SPIEGEL ONLINE. "This new study shows that is nonsense Every serious study shows that discrimination is economically inefficient -- it reduces companies' profits."

The government paper attacks the INSM for poor methodology, biased research and inadequate analysis. Indeed, the new report even raises the possibility that Germany's 2006 anti-discrimination law hasn't cost a single cent to implement.

Andreas Hoffjan, who wrote the original INSM study, was quick with his response. In a statement posted on his group's Web site, he says the government critique of his study is "without substance" and blasts the anti-discrimination body for not having come up with data of its own.

Alenfelder, though, says the debate about how much the new law costs German companies is misguided. He points out expert estimates that traditional forms of discrimination may cost the German economy tens of billions of euros. Plus, "even if one believes that discrimination helps company bottom lines, would that be a reason to accept discrimination?"

The greater problem, say discrimination experts, is that there haven't been enough cases brought to trial to give the new law a clear profile. A case Alenfelder is currently working on could help fix that problem. Sule Eisele-Gaffaroglu, a Turkish-German woman from south-western Germany, is suing her employer for €500,000. Eisele-Gaffaroglu says she was demoted because she became pregnant. The case has been moving through the courts since the spring. If she wins, it could radically alter the face of discrimination awards in Germany.

But when it comes to the day-to-day costs of implementing anti-discrimination laws, Alenfelder is certain that there is more of an economic benefit than a burden.

"The law merely requires employers to make decisions on the basis of objectivity rather than prejudice," he says. "And that will lead to important advantages for the company: the quality of its employees will improve -- leading to the entire enterprise becoming stronger."