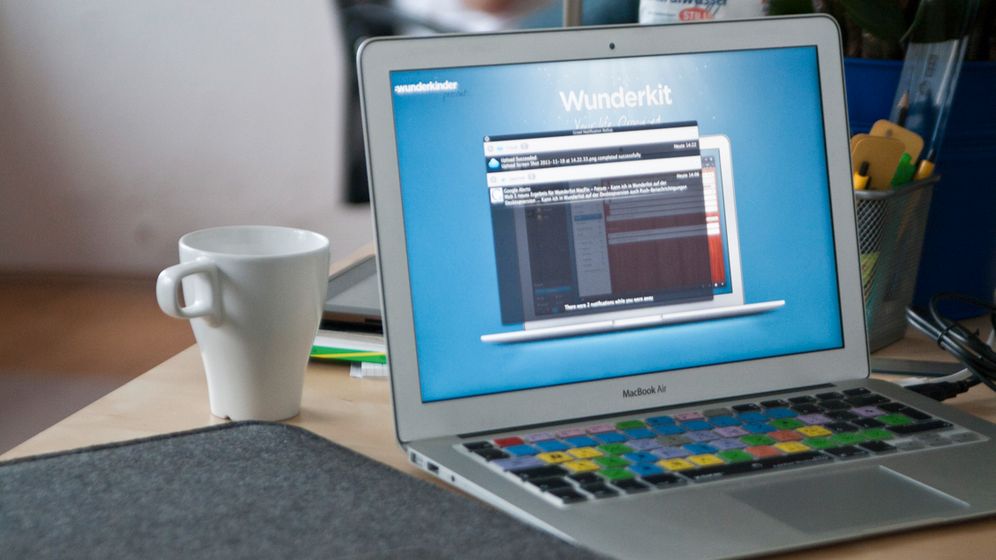 Thirteen years ago, a young boy with a knack for technology holed himself up in his parents' attic in a small town near Berlin to tinker with his mother's new computer. That was back in the days of QBasic and Delphi Pascal, programming languages whose zenith coincided with the rise of Microsoft DOS.

"I was the only one who used the computer, and I think I destroyed it every week," says Christian Reber, co-founder and CEO of 6Wunderkinder. "Each time, a guy from the IT department had to come by and repair it, but after a while I understood how everything worked and I could do it myself."

It wouldn't take long for a teenage Reber to outshine most of his high school computing class. He improved his geek cred by studying math and computer science at Berlin's Technical University. Fast forward to today and Reber finds himself at the helm of 6Wunderkinder, a fast-rising start-up based in the German capital where antiquated programming languages have been replaced by iPads, iPhones and cloud computing.

Tucked away in a quiet corner of Berlin's central Mitte district, 6Wunderkinder earns its bread and butter developing smartphone and web-based productivity software. With the November 2010 release of "Wunderlist," a souped-up to-do list for smartphones and desktops, the company was quickly established as one of the better-known up-and-coming Berlin start-up firms. Reber claims the company broke the one-million user mark nearly twice as fast as geo-location app Foursquare and three times as fast a Twitter. Its next product, Wunderkit, is coming soon.

The name of the company is a nod to its six co-founders, including Reber, who are friends and all have roots in the region. Reber hails from Brandenburg an der Havel, a small town about an hour west of Berlin.

But 6Wunderkinder is no Brandenburg garage start-up. It is as international as the city around it. The 28 "wunderkids," as employees here are dubbed, hail from 12 different countries on four continents -- a diversity that Reber attributes to the city's soaring popularity worldwide. The office language is English, which is not unusual for the Berlin start-up scene.

"I think the big difference between all the other tech cities is that Berlin is really a city where people want to live," he says.

Reber attributes 6Wunderkinder's early success to the fact that, as he claims, it was the first in the world to create a full product with technology from the developing platform Appcelerator Titanium, which streamlines the process of making products compatible with various operating systems -- whether it be Windows, Android or Apple's iOS.

By allowing up to 90 percent of the code from the desktop app to be ported over to other device platforms, 6Wunderkinder was able to launch five new products within four months.

"If you're that fast, getting to a million users isn't that hard," Reber says. "But, honestly, we were surprised too." The app's international popularity has helped attract attention to the company from far outside Germany.

Initially, Wunderlist was only meant to test the waters. It was intended as a project to help the team determine the best way to develop cross-platform software and learn the ropes of how app stores work.

Wunderlist is relatively simple, allowing users to create lists and share them with friends and colleagues and sync them to the cloud so that they can be retrieved on any smartphone or computer. The influential Lifehacker blog describes it as "simple" and "elegant."

Even though it would eventually grow into a successful product, co-founder and designer Jan Martin says the company deliberately held back in development, saving the best for Wunderkit, which he and colleagues describe as a sort of "Facebook for work" that will enable colleagues from all over the world to exchange information on projects they are working on.

The as yet unreleased app has generated considerable buzz in the Berlin start-up scene, even attracting a round of funding from Skype co-founder Niklas Zennström's London-based venture capital firm Atomico, which announced a €3.1 million investment in 6Wunderkinder late last year.

"6Wunderkinder have developed a fantastic product that can be used around the world," the Swedish Skype co-founder recently told the Berliner Zeitung newspaper. "And they are a team that works together very well."

Other sources of funding include T-Venture, the corporate venture arm of Deutsche Telekom, and the High-Tech Gründerfonds, a mixed private-public initiative of the German government and major companies that invests in young start-up firms.

And 2012 promises to be a pivotal year for the company. After months of development and hard work, Wunderkit was finally released into private beta this week, with a select few being given early access to what is still a work in progress.

The company has described Wunderkit as a "blend of a social network and online working space for the individual," a productivity application which has carried forward the sleek and user-friendly characteristics of Wunderlist. It allows users to create workspaces for different collaborative projects -- work-related, perhaps, or maybe for a sports team or a planned trip -- which can be shared with friends and family, and kept private or made public.

Within the workspaces, there are dashboards, notes and tasks, to keep track of what you need to do. It has many of the functions you would find in a social network or a to-do list application, and 6Wunderkinder is hoping it will prove even more popular than its older brother. It is due to go into open beta on February 1.

"It's a little bit Facebook, a little bit Twitter and a totally new way to do productivity and to work," Reber says. "If Wunderlist was the iPod, then Wunderkit will be the iPhone." And when it comes to Apple analogies, Reber is anything but modest. "We really want to create the next Apple," he says.