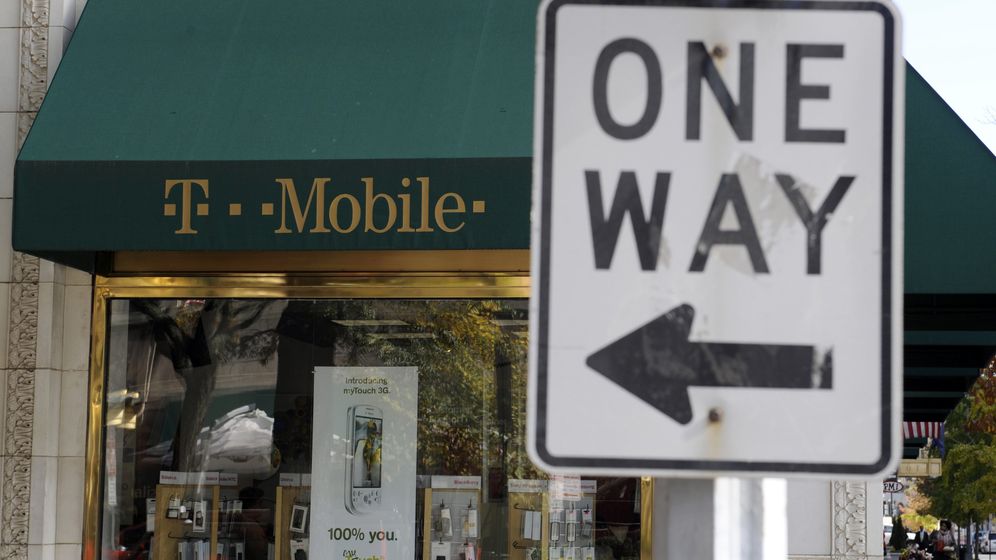 It was supposed to be the decisive coup de grâce, one that Deutsche Telekom CEO René Obermann hoped would lead Europe's largest telecommunications company back to the glory days.

In the spring, he had announced that he would be selling his flagging US mobile phone subsidiary, T-Mobile USA, to the American telecommunications giant AT&T for roughly $39 billion (€30 billion). The ample proceeds that would result from the sale weren't just meant to pay off debts. They were also supposed to revitalize the company's business in Europe and Germany and to allow new business sectors and markets to be tapped.

Plans called for this massive deal to be closed this coming March. Less than two weeks ago, Obermann was still praising the "obvious advantages" of the deal in front of the company's supervisory board. If this deal went through, he said, it would mark the dawning of a new era for the company, which is based in the western German city of Bonn.

Of course, there's no denying that the company entered a new era early last week. But it is unfortunately completely different from the one Obermann and his management team had imagined. The reason for this was AT&T CEO Randall Stephenson's announcement in far-away Dallas on Dec. 19 that the planned mega-deal was no longer salvageable.

As Stephenson put it, resistance from the relevant American regulatory bodies, including the Federal Communications Commission (FCC) and the Department of Justice, was just too strong.

Indeed, for weeks, US officials had been warning -- sometimes publicly, at other times in internal reports -- about how the deal could negatively affect American telephone clients. In their view, combining telecoms giant AT&T with T-Mobile USA, the provider with the fourth-largest number of subscribers in the US market, would have given rise to a dominant provider that could wield significant influence over prices.

But all attempts to change the officials' minds with plans to unbundle services and make financial concessions failed. For Obermann and the company he leads, having this multi-billion-dollar deal fall through is a disaster with unforeseeable consequences. For example, on Dec. 20, Telekom was the only one of the 30 blue-chip companies on Germany's DAX 30 stock market index to watch its share prices fall on a day that saw the composite index rise by more than 3 percent.

A conference call in which Obermann defiantly noted that he had hedged his bets well in negotiations with AT&T failed to help much. The failure of the deal meant that AT&T was contractually obliged to provide up to $6 billion in compensation payments and mobile communications licenses, he said.

"The company's entire planning and strategy was geared toward the successful sale of the US mobile communications subsidiary," says one member of the company's supervisory board. Now Obermann is looking at a deal in tatters, a result that casts a sobering light on his five years at the head of the company.

Despite massive cost-cutting programs, Deutsche Telekom's debt has climbed from almost €40 billion to roughly €43 billion on Obermann's watch. At about €9, its share value has been dawdling behind those of many competitors. Indeed, in Europe, the company is in the process of losing its leading position. And, in Germany, its market share is shrinking in almost all business sectors. As Obermann admits himself, it is a "difficult situation."

After the failed deal, worries about already sagging business in the US market could get even bigger. Although T-Mobile will receive some radio frequencies from AT&T as compensation, Obermann will still have to invest several billion dollars in modern fourth-generation (LTE) mobile communications networks if T-Mobile is going to remain competitive in the US. And, even if it did, there's still no guarantee that US customers would make it worth their while.

Indeed, the fact that T-Mobile USA already has all the markings of a takeover candidate only makes customers feel less secure about it. According to internal documents, tens of thousands of customers switched over to the competition in the last quarter of 2011. Still, Obermann doesn't see the company's nebulous position as the cause of this mass migration. Instead, he attributes it to the fact that T-Mobile isn't allowed to sell iPhones in the United States because Apple awarded exclusive licenses to its competitors.

But, in reality, the conditions for the type of new start that Obermann aims to make are about as bad as they could be. And that's not only the case with the US market. Most of the money that was supposed to come from the sale of T-Mobile USA was earmarked for strengthening Deutsche Telekom's position in Germany and the EU.

On the international stage, Obermann's company has fallen behind. While competitors such as Spain's Telefónica have recorded growth in South America, Obermann is plagued by the legacy of billions in failed investments.

For example, in 2008, Obermann strayed from the positions of previous executive boards by purchasing a roughly €4 billion stake in OTE, Greece's largest telecommunications provider. Since then, the Greek company's value has fallen by some 70 percent, and profits have been slim.

This is a time when Obermann could really use the support of his foreign subsidiaries. But prospects are even grim on Deutsche Telekom's home turf, where it is facing pressure from two sides.

On the one side is Vodafone. The London-based telecommunications giant has been investing billions to upgrade its cell-phone networks to the ultra-fast LTE standard -- with fatal consequences for Deutsche Telekom. Its competitors have traditionally had to rent landlines from Deutsche Telekom whenever they have wanted to offer their own customers in Germany high-speed Internet connections via DSL. But the whole package will soon be available via LTE mobile phone connections. According to internal calculations, the loss in Vodafone customers alone will mean annual losses of several hundred million euros in revenues for Deutsche Telekom.

Even worse, Deutsche Telekom is facing a threat on the landline front, where major cable network operators are preparing to launch an offensive. Already today, their networks can handle telephone and Internet traffic as well as television programming at extremely high speeds.

Traditionally, cable companies have been too fragmented to present any real danger to Deutsche Telekom. But that might now change. Just days ago, the Bundeskartellamt, Germany's federal antitrust authority, approved a deal that will see Unitymedia, a German subsidiary of American television tycoon John Malone's media conglomerate Liberty Global, take over a competitor in the southwestern state of Baden-Württemberg. Further mergers that would result in new, potent competitors may also be on the horizon.

With Deutsche Telekom, on the other hand, plans to expand modern fiber-optic networks have stalled. Similarly, little progress has been made in the effort to develop new products, something that Obermann had hoped would help reverse the trend of declining revenues. But Deutsche Telekom's chief technology and innovation officer, Edward Kozel, an American who was brought onto Deutsche Telekom's executive board with precisely that aim in mind, has gotten bogged down in the company's rigid hierarchy and is now leaving the firm.

Obermann now plans on taking over Kozel's responsibilities himself. In addition to mobile Internet services, he has set his sights on medicine and vehicles as the company's next growth markets. Still, talks with carmakers have been making little headway. A new device that could guarantee a place for Deutsche Telekom in the driving seats of vehicles made by Volkswagen, Mercedes and Audi is not yet available.

Under these conditions, Obermann is once again focusing on what he has already done in the past: launching cost-cutting programs. Back then, the programs affected technicians and call-center employees. But now people working in the company's headquarters could reportedly be next in line for cuts.

Even Obermann's supporters on Deutsche Telekom's executive and supervisory boards still don't think this is a very convincing strategy. As a result, the plans will reportedly be revised by spring.

At the moment, no one can say exactly what the new plan could look like and whether it might even result in changes on the executive board. The only thing certain for now is that, as Obermann recently said, things have not "gotten easier" since the AT&T deal fell through.

Translated from the German by Josh Ward 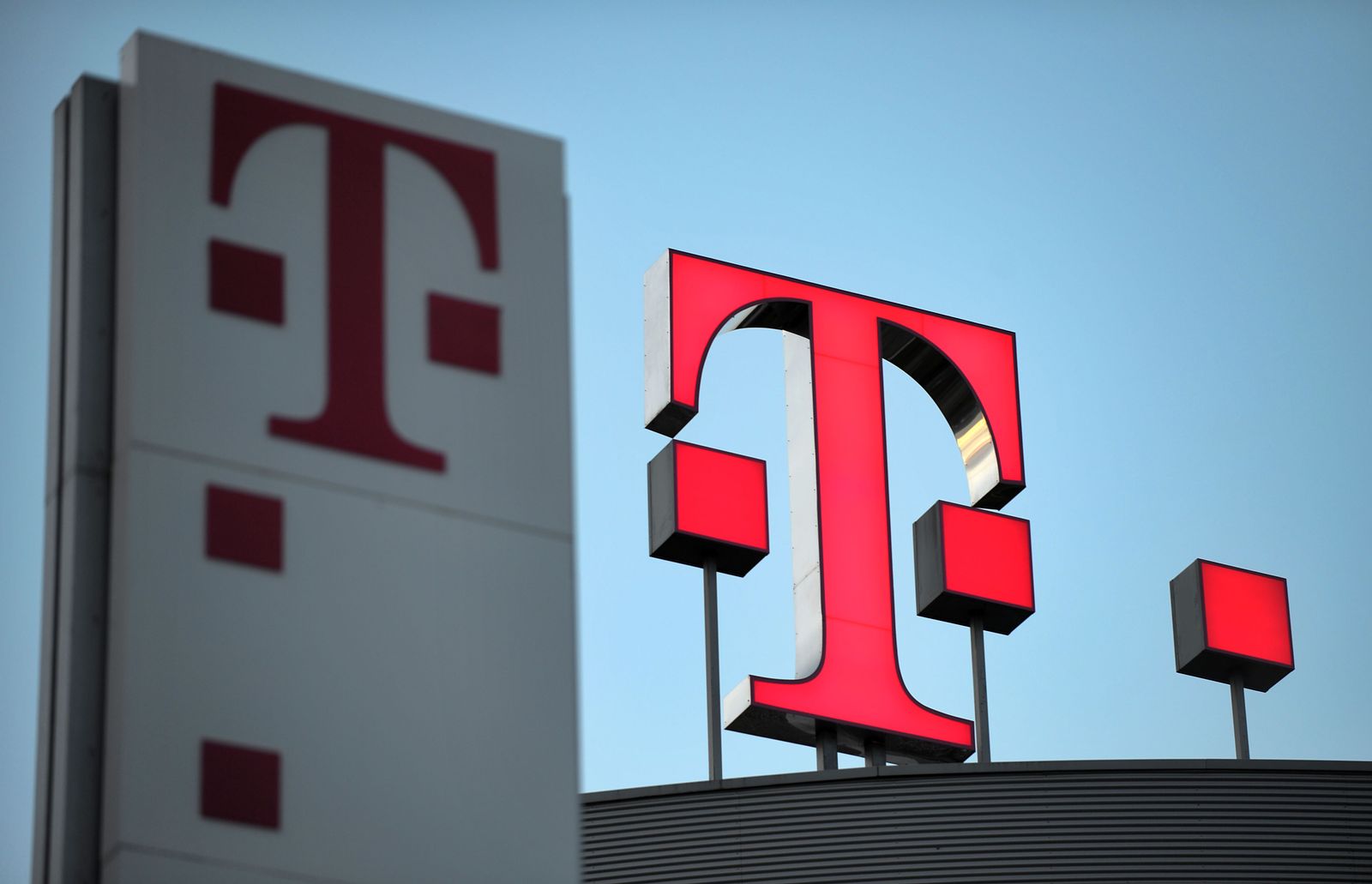 For Obermann and the company he leads, the failure of the multi-billion-dollar deal is a disaster with unforeseeable consequences.