It was an astonishing confession for a politician to make, particularly one like French President Nicolas Sarkozy. "The world over, citizens think we are lying to them," the French president admitted last week to a stunned audience at the Sorbonne in Paris. "And they have reasons to think like that."

Sarkozy was referring to the way in which government statistics measure economic growth. He believes that the current method is extremely questionable, perhaps even manipulative. This realization prompted the French president in 2008 to commission a number of prominent academics, including Nobel laureate Joseph Stiglitz, to come up with a new definition of prosperity.

"GDP has increasingly become used as a measure of societal well-being and changes in the structure of the economy and our society have made it an increasingly poor one," Stiglitz told the news agency Bloomberg in a recent interview. "So many things that are important to individuals are not included in GDP." In the model they unveiled last week in Paris, the academics recommend including other factors, such as sustainability and education.

Even the inventor of the gross domestic product measure, the late Russian-American economist Simon Kuznets, was aware that the classic method of computing GDP had significant shortcomings. "The welfare of a nation can scarcely be inferred from a measure of national income," he said in 1934.

This is because the growth rate says nothing about the distribution of wealth in a country, the state of health of its citizens or their life expectancy. The number provides no information about the cleanliness of rivers or the amount of air pollution. There is also no mention in the statistic of voluntary work or of domestic work like cooking, cleaning, washing and ironing -- all things that are considered economically irrelevant.

When a nursing service attends to someone's sick mother, the cost of that service is included in GDP. But if a daughter takes care of her sick mother, her work is not reflected in the GDP calculation. And when a mother nurses her baby, it may be beneficial for the child, but it would of course be more "valuable" economically if the mother bought milk and bottles for the baby in the supermarket.

The growth rate even increases when things are destroyed -- that is, when natural disasters or wars plunge people into ruin -- because construction firms and pharmaceutical companies profit from such events. In other words, the misfortunes of some create wealth for others.

In the past few years, many academics have sought alternative definitions of wealth and have even come up with a few catchy metaphors. For instance, Swiss-born sustainability advocate Mathis Wackernagel devised the concept of the ecological footprint, according to which 2.1 hectares (5.2 acres) of arable ground are available for each human being. However, the average citizen's consumption requires 2.7 hectares, while the average American needs close to 10 hectares to sustain his or her way of life.

The influential German environmental researcher Friedrich Schmidt-Bleek invented the concept of the invisible "ecological backpack" that everyone carries around. According to Schmidt-Bleek's calculations, a bulldozer has to move about five tons of earth to produce a 10-gram gold wedding ring. From an environmental perspective, says Schmidt-Bleek, the gold ring on a husband's finger weighs more "than the minivan he uses to take his children for a drive."

Other researchers take a more conventional approach. Since 1996, the German Federal Statistical Office -- which also computes the country's GDP -- has published comprehensive statistics regarding environmental issues related to the economy, which features 21 indicators ranging from species diversity to government debt. However the statisticians soon abandoned their original idea of expressing all the parameters in a single value. Even Sarkozy's illustrious team has not produced a global formula, but rather a kind of instrument panel showing various parameters.

Very few researchers have been brave enough to attempt to synthesize the variables and compute a sort of green GDP. One of them is Heidelberg economist Hans Diefenbacher, who has developed a "national welfare index."

Diefenbacher begins with private consumption, and then adds the value of domestic work and voluntary work. Then he deducts factors he considers harmful, such as the costs of polluting air and water, as well as the costs incurred by traffic accidents or resulting from crime. The outcome is expressed in the form of a curve, which has been declining relative to GDP since the beginning of the decade.

Of course, Diefenbacher concedes, the concept has its weaknesses. One is the difficulty involved in determining the costs of environmental damage or expressing the disappearance of a species in terms of euros and cents. Diefenbacher has also been accused of being arbitrary in his choice of which indicators to use. He defends his approach by saying: "Our calculation isn't better, just different."

In other words, there is no lack of ideas on how to define well-being. It is precisely because of the large number of possible approaches that the dominance of the classic growth concept is so hard to break. So far, at any rate, no alternative model has prevailed.

Diefenbacher also has no intention of eliminating the concept of GDP. For him, it would be enough if his index could attract a similar amount of attention -- and if people became less obsessed with a single indicator. 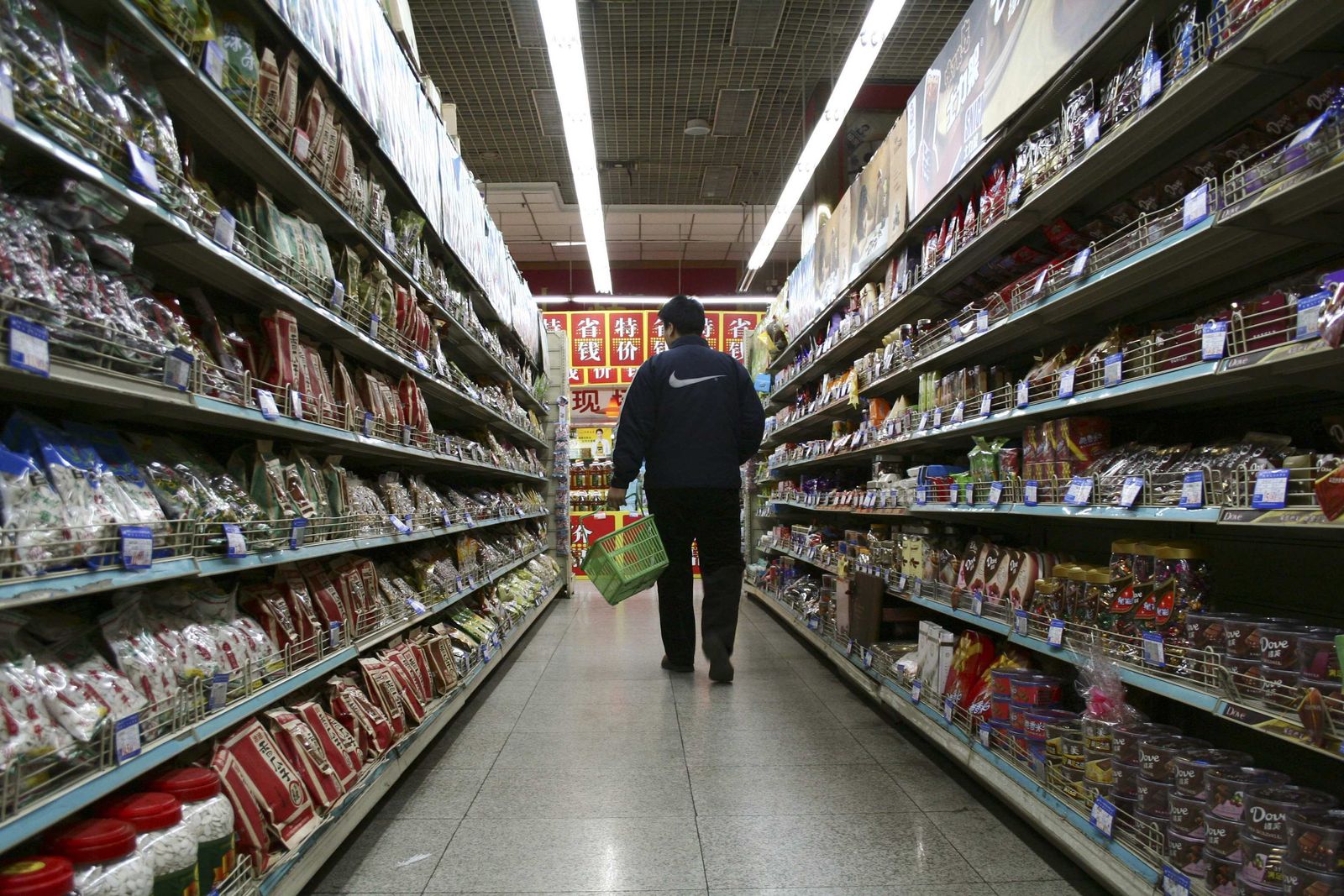 A supermarket in China's Shandong province: How much does GDP really tell us about the well-being of a society?