The Airbus military transport plane A400M can seemingly do it all. It can lift 37 tons, it can fly 8,700 kilometers (5,400 miles) without refueling, and it can land on rough, unpaved landing strips.

One thing it hasn't been able to do, though, is make the leap from the drawing board to the market. But, on Thursday, European countries interested in stocking up their military transport capabilities with the new plane provided their formal support for a €3.5 billion ($5 billion) deal to rescue the over-budget, overdue project.

"Challenges are here to overcome, and today we can say this challenge has been concluded," Airbus Military head Domingo Urena said on Thursday after the deal was signed in Seville, Spain.

The deal finalizes a preliminary agreement reached last November -- itself a renegotiated version of a deal hammered out in Feb. 2010 -- that calls for the seven European countries awaiting deliveries of the plane to help cover gaping cost overruns.

As part of the deal, Germany agrees to purchase 53 of the planes, or seven fewer than it had originally ordered. Owing to Defense Ministry cuts, 40 of these 53 planes will be delivered to the German air force, and the rest will be sold to other countries.

Britain has reduced its order by three planes, to 22. Other countries involved in the deal are France, Spain, Belgium, Luxembourg and Turkey.

Airbus Military originally contracted to deliver 170 planes by 2010 at a total cost of €20 billion. But problems with development -- particularly related to the plane's turbo-prop engines and the software developed to run them -- resulted in at least €5 billion worth of cost overruns. Some estimates have placed the additional expenses at twice that amount.

In its defense, the company has argued that the financial problems were exacerbated by European insistence that the engines be developed and produced in the European Union rather than ordered from the US-based supplier Pratt & Whitney.

The project, launched in 2003, was almost cancelled altogether in 2009, when delays led several buyers to threaten to withdraw their orders. The first test flight finally took place in December of 2009, fully two years behind schedule. Now, initial deliveries are scheduled for the very end of 2012.

Despite the project's significant growing pains, the plane itself has been widely praised and has been performing well in ongoing tests. The A400M program is also expected to support 40,000 jobs in Europe by 2016. 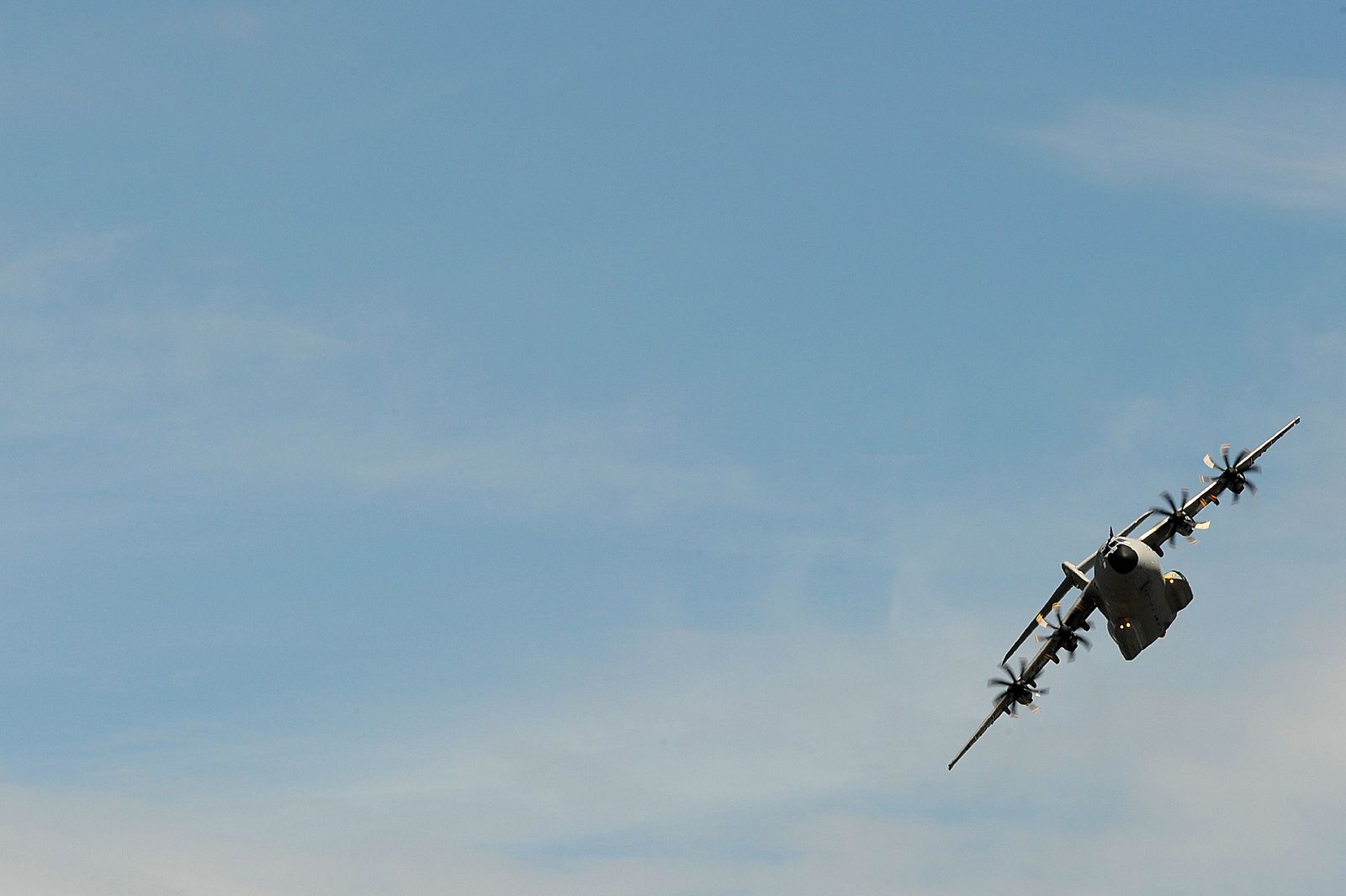 A deal to finance cost overruns on the military transport plane A400M was signed in Seville on Thursday.