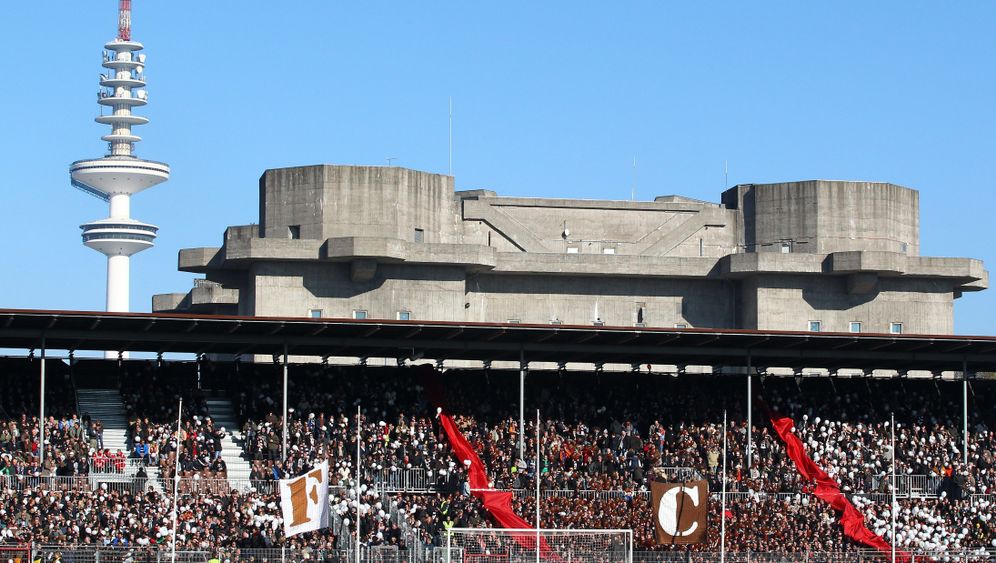 Franz Herrmann, head of the German Association of Savers (BDS), has spent half a century trying to be a good investor. As a child, he filled piggy banks and, as an adolescent, he put money away in his savings account. Later came a building loan contract, in addition to 12 life insurance policies. "Money attracts money," his father liked to tell him, quoting a German saying. "I was hardwired for saving money," Hermann explains.

At 52, he says he figured out "what's going on." He'd earned money through his business selling beer steins and jewelry in Munich's city center. But he became convinced that he'd actually lost money through his savings efforts and cancelled his insurance policies, while the small interest earnings from his remaining savings accounts were "eaten up by inflation," he says. To fight back, Herrmann formed the BDS. Now he makes appearances around the country, warning of "money-destroying instruments." He's certain that saving is "state-sanctioned robbery."

Becoming poorer by saving? As radical as Herrmann's perspective may sound, a growing number of people share his mistrust. They no longer believe in the rates of return promised by the financial industry, while savings and fixed deposit accounts yield pathetic interest earnings, and the never-ending euro crisis feeds fears of inflation or even a currency devaluation.

Surveys by the polling institutes TNA Infratest and Allensbach reflect the current crisis of faith in Germany: Nearly half of the respondents now fear inflation, while every second person with a job questions which form of private investment even makes sense anymore.

"People are becoming increasingly cautious about entrusting their hard-earned money to the banks," says Rolf Bürkl of market research institute GfK. It has yet to become a mass movement, but a significant number of people are shifting their money around, cancelling supposedly rock-solid financial products like life insurance. Some two years ago, customers had already begun criticizing the weak returns on such investments, according to Philipp Vorndran, capital market strategist for wealth management company Flossbach von Storch. "Now many people are asking themselves just what kind of products they actually own," he says.

Instead of trusting German banks, many investors are turning to tried-and-true institutions such as the Hamburg soccer club St. Pauli. Within the span of just four weeks, some 5,000 fans recently bought a total of €6 million ($7.7 million) worth of shares in the club so it could build a new stadium. They were promised 6 percent interest. The club seems like a secure kind of bank to many. After all, it's been around since 1910 and has survived the many crises that have befallen Germany since then.

Until now, polls and studies have always shown that Germans tended to save even more money than usual during uncertain times, according to market researcher Bürkl. But, lately, trust in the financial system has been flagging so rapidly that the crisis has triggered a kind of clearance-sale mood. "The fearful saver has turned into the fearful consumer," he says.

The trend hasn't yet been captured in figures, with the savings rate down only moderately so far. But consumer confidence is rising, and the pre-Christmas retail market wasn't the only area to profit.

Those who can afford it are putting their money into their own homes, in the form of better insulation or renovations. Roofers are booked out for weeks in many regions. The sector is one of the winners of the crisis, growing some 5 percent in 2011 to reach almost €8.5 billion in turnover.

Many people want to swiftly stash their money somewhere safe. Those who can afford it are investing in supposedly secure goods. Record prices are being paid at art auctions. Meanwhile, in cities with booming economies, such as Hamburg and Munich, real-estate agents are reporting bidding wars over so-called "cement gold," as property has been dubbed.

But this isn't necessarily a typical reaction to a crisis. As good as things seem to be going at the moment, the real-estate sector seemed paralyzed in 2008 after the Lehman Brothers crisis. "Back then, we could hardly get any money -- there was a period of over eight months when banks weren't making any long-term investments," says Georg Reul from the developer Frankonia. In 2008, the company purchased a prime piece of real estate with a view of the Alster River in Hamburg. The project stalled for some time, but sales have now picked up. Reul now reports selling penthouse apartments for up to €12,000 per square meter.

Consumer researchers are also observing a trend toward shopping to fight the crisis in the luxury segment. Unlike during the Lehman Brothers crisis, the feeling of uncertainty is being compensated for by defiant purchases. Dog dishes inlaid with Swarovski crystals and priced at €1,000 are selling well. French luxury goods conglomerate LVMH, which includes Louis Vuitton and Christian Dior, has reported record earnings. Vintage car dealer Dietrich-Gotthard Gross, based in southern Bavaria, just sold a Mercedes 300 SL with gull-wing doors for about €550,000. "Purely as an investment," he says, clearly astonished himself. "The customer doesn't even want to register the car."

Crisis, what crisis? Fashion czar Karl Lagerfeld evoked the blissful ignorance of the rich at a recent Chanel show in Paris when, surrounded by mountains of crystal candy containers, he declared: "There's no way we're going to succumb to this general mood of depression."

But the fashion designer doesn't seem to be unreservedly content himself. He recently called for a form of wealth tax that would help his own industry. Anyone whose salary crossed a certain threshold, Lagerfeld demanded, should have to spend a certain sum in the shops. He said he hated people who hoard money.

That too seems to be a result of the general uncertainty. Suddenly, people are no longer mincing their words -- even in the financial sector. Capital market strategist Vorndran admits: "No one can, or was ever able to, guarantee the purchasing power of your money."

He expects inflation to rise as high as 6 percent in the coming years, which means the forms of investment most dear to German hearts -- savings accounts, bonds or fixed-term deposits -- will make losses. People are sensing that they need a kind of "reset," says Vorndran. But he doesn't believe in a new currency. "The reduction of debt will take place within our monetary system."

The man standing in the elegant counter hall of the Pro Aurum gold dealing house in Berlin begs to differ. The zookeeper looks -- and smells -- a little out of place amid the gold bars arrayed behind reinforced glass. He's just come from mucking out stables at Berlin Zoo. All these unsecured loans are like toothpaste, the man said. "You can get it out of the tube, but it won't go back in."

Politicians are only making the final bankruptcy more likely by shelling out ever higher sums and setting up new rescue funds, he says. That's why he has converted his and his wife's life insurance and almost all their cash reserves into precious metal. "No one can take my gold away," he says.

The greater the public fear, the longer the queues in front of the Pro Aurum counters. Gold is seen as crisis-proof. The Munich-based trading house is benefiting from the crisis. For a long time, though, it hadn't looked that way. The job of precious metals dealer used to be looked down on in banks, and many were made redundant, including Robert Hartmann, who is now the head of Pro Aurum.

Eight years ago, Hartmann joined up with other former colleagues. They were laughed at -- in those days, share trading was considered the place to be, not pushing gold coins across counters. Hartmann envisaged eventually having a staff of six or seven. Today, he employs over 100 people, and his annual sales amount to just under €1 billion.

Hartmann knows that the run on his gold "has less to do with performance than with helplessness." He adds: "We simply have the medicine to calm people down."

But is gold really a safeguard against poverty? In April 1933, during the global economic crisis, US President Franklin D. Roosevelt forbade the private ownership of gold. Philipp Vorndran also expects rigid capital controls to come into force at some point. If the crisis gets worse everyone -- and especially his customers -- will be told to pay up. "Every citizen will be affected, there will be no pain-free solution," he says.

In order to alleviate the pain, his company is storing its gold in a depot outside the euro zone. But is that safe? "Nothing is safe these days," he says. 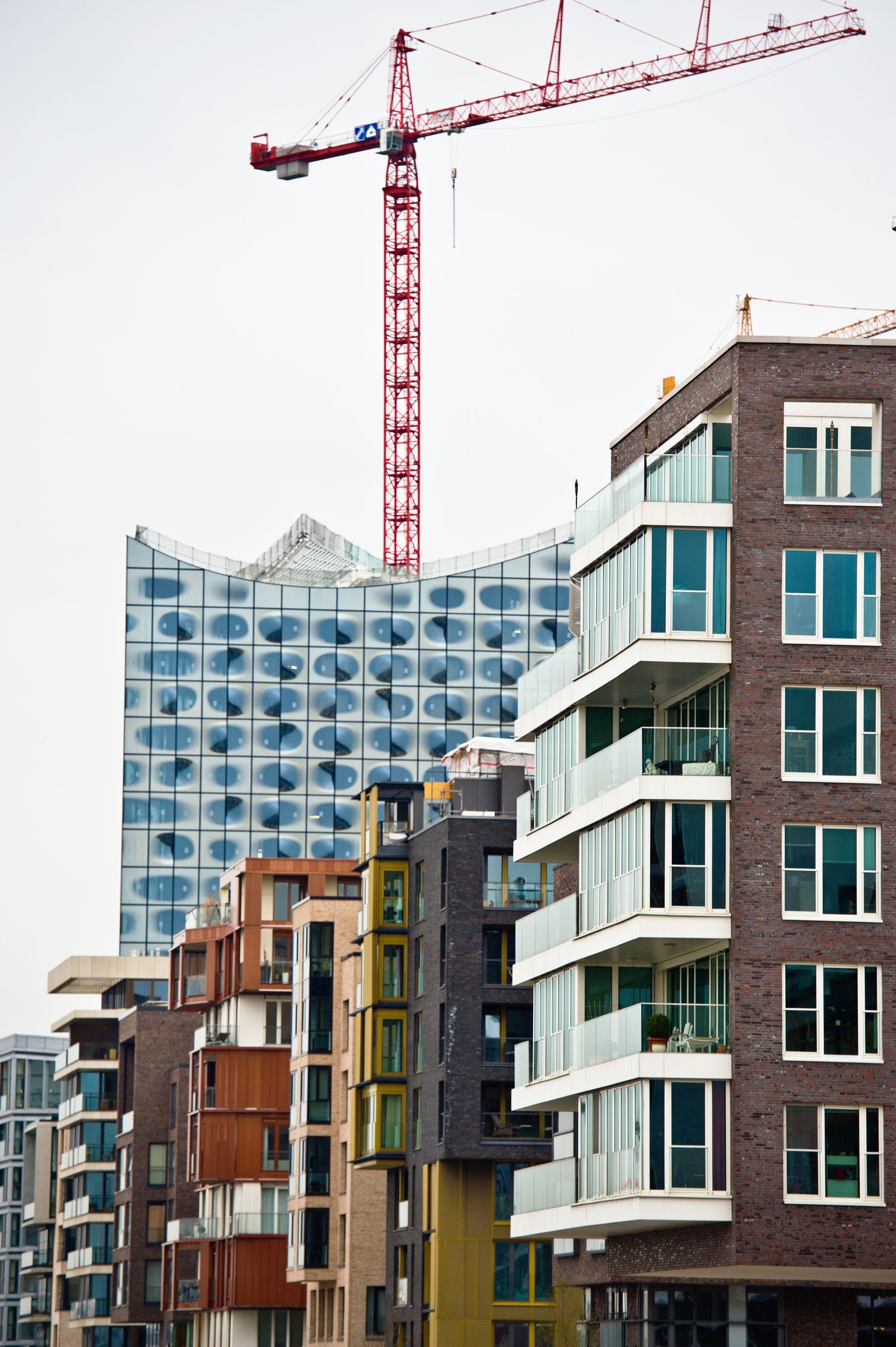