Dennis Muilenburg and Donald Trump are said to have a close and trusting relationship. The Boeing CEO has boasted of his close rapport with the 45th president in front of TV cameras. Indeed, the Boeing CEO and the 45th U.S. president -- a known aviation enthusiast who once owned his own airline -- have spoken several times since Trump's election. "He cares about business," Muilenburg has said about Trump. "We sit with him at the table."

But on the morning of Tuesday, March 12, having the president's ear wasn't enough to fend off an order from the Federal Aviation Administration (FAA) to ban all Boeing 737 Max 8s from U.S. airspace.

In a phone call with Trump earlier in the week, Muilenburg had tried to convince the president that there was nothing amiss with the plane. The crash in Ethiopia on March 10 was no reason to ground the entire fleet, the Boeing CEO had said.

One hundred fifty seven people were killed when an Ethiopian Airlines plane slammed into a field south of the capital Addis Ababa at a nearly vertical angle, but Muilenburg acted as if his company would be immune to any fallout. He claimed there was no safety problem, and that there were no parallels to the crash involving the same type of plane in Indonesia five months earlier. Boeing tersely responded that there would be a software update -- one that was supposed to make the planes safer. But with 356 people dead, the company's promise to reprogram some code just sounded cynical.

Trump himself put an end to this, shattering Muilenburg's arrogant defensive strategy. A mere 24 hours later, the president announced that Boeing's vaunted short- and medium-haul aircraft would be grounded in the United States. By the time the FAA implemented the order, airlines and aviation authorities in dozens of other countries had already done so.

The episode between Muilenburg and Trump reveals the hubris with which the Chicago-based concern has navigated the world. A belief in Boeing's own invulnerability and a greed for ever-higher profits must have led Muilenburg to think that a simple phone call to President Trump would be enough to limit the damage. Passengers, pilots and crew members reacted indignantly, and thus Muilenburg's phone call plunged the company even deeper into crisis.

The Max 8 problem could have disastrous economic consequences for Boeing. At the moment, it looks like the planes will be grounded for months. The aircraft manufacturer also faces damage claims from airlines. The software updates alone could cost Boeing $1-2 million (900,000 to 1,800,000 euros) per jet. Shortly after the crash in Ethiopia, Boeing's share price fell by 13 percent.

Until last Tuesday, Boeing was the undisputed champion of the international aviation industry. Since Muilenburg became CEO in summer 2015, the company's market value has risen from around $90 billion to nearly $250 billion. The value of Boeing's rival Airbus, on the other hand, is slipping. In terms of turnover, profit and return, Boeing has been ahead for years.

Much of Boeing's lead is attributable to the Max 8. Sales of the plane caused the company's overall turnover to exceed $100 billion for the first time. "The growth opportunity ahead of us is extraordinary," Muilenburg said back in 2018, promising his investors virtually never-ending success.

For years, Boeing has been dismissive of its struggling rival. The words of former Boeing CEO Harry Stonecipher have become the stuff of legends: "The first thing I do in the morning at about 4:30 or 5 o'clock is I'm on the computer," he said in 2014. And with a nod to Airbus' dual leadership structure, he added: "I don't need help."

Soon after that, Tom Enders joined Airbus' leadership. For years, the German executive -- who would go on to become the company's sole CEO -- fought against Airbus' reputation of perpetually playing second fiddle to Boeing. Enders is set to retire at the beginning of April, and right as he's about to leave, it looks like the balance of power between the two aerospace giants could finally shift.

It's ironic that one of Enders' business decisions may have given the impetus for Boeing's current quagmire. To save money, the Airbus CEO opted to launch a revised version of the A320, rather than completely redesign it from scratch. The A320 is the fiercest competitor for Boeing's 737; they're both medium-haul aircraft, very efficient and thus very cost-effective for the airlines. In order to protect their cash cow, the Americans had to follow suit. And that's when they made the momentous mistake that might have caused the two recent crashes.

Boeing and Airbus. For decades, civil aviation has been dominated by this duopoly. At times, the companies seem to compete with each other in some pretty bizarre ways. Trade fairs, such as the airshow in Farnborough in the UK or in Le Bourget near Paris, have become displays of each enterprise's might, with big orders of new jets announced under a flurry of flashing lights.

Every year, the deliveries and orders of the last 12 months are announced with considerable fanfare. The ritual feels anachronistic, yet still the show goes on. Most recently, Boeing appeared to be in the lead. When Airbus announced roughly a year ago that it would take over parts of its Canadian competitor Bombardier, Boeing was quick to absorb the regional aircraft division of its Brazilian competitor Embraer.

Things haven't been going particularly well for Airbus and Enders lately. The outgoing CEO recently had to say goodbye to the wide-body A380, and the A400 M military transporter continues to cause problems. He will also leave his successor, the Frenchman Guillaume Faury, to deal with a rather ugly scandal involving dubious consultants and slush funds. That scandal is still being investigated by the authorities and could end in billions of euros of court settlements.

At Boeing, on the other hand, everything seemed to be going according to plan. Muilenburg succeeded in increasing annual production to a record 806 machines last year. The company's share price rose to dizzying heights and the company is ahead in terms of return and incoming orders.

A Most American Company

One of Boeing's biggest fans is also its customer: U.S. President Donald Trump, who traveled from one campaign stop to the next during his candidacy on a Boeing 757. As Trump's inauguration neared, Muilenburg secured the then-president-elect's favor by having his company donate $1 million for the ceremony in Washington.

Trump and Muilenburg personally negotiated the government's purchase of a new Air Force One at Trump Tower. And the overlap in personnel between the Trump administration and the aerospace giant is noteworthy, too: Most recently, the former U.S. ambassador to the UN, Nikki Haley, made headlines for being appointed to Boeing's board of directors.

Boeing embodies the American entrepreneurial spirit and thirst for global hegemony like few other companies. That dominance is plainly visible in the skies: Every 1.5 seconds, a Boeing 737 takes off or lands somewhere on the planet. And now this: The best-selling 737 Max 8, with a listing price of as much as $135 million, is suddenly considered a danger to passengers' safety -- and to Boeing's bottom line.

If it can be proven that Boeing acted negligently, the company could be forced to reimburse its customers not only for the jets they leased, but also for any lost revenue. The airlines' demands could cover virtually anything, from the cost of leasing new airplanes, the parking costs for storing grounded Max 8s, flight cancellations, even damage to their brand image.

The longer the Max 8s stand around unused, the more expensive it will be. The interim head of the FAA, Daniel Elwell, told U.S. National Public Radio on Thursday that "the similarities were too great not to consider that there was a common thread" between the Lion Air crash back in October 2018 in Indonesia and the Ethiopian Airlines crash this month. He expects flights on Max 8 aircraft to resume within a few months.

Proceeds from the sale of further Max 8 planes could also be pushed back into future quarters. So-called milestone payments are common in the aviation industry, with the largest installment due upon delivery of the aircraft. But Boeing won't be delivering any new Max 8s for the time being. The eventual damage to the company's reputation will be hard to calculate.

One thing that could calm Boeing's managers and its investors is that the company managed to survive a similar situation back in 2013. The FAA had grounded the entire fleet of the long-haul 787 "Dreamliner" aircraft for three months because lithium-ion batteries had ignited on two aircraft. Several hundred experts and engineers worked to solve the problem.

The airline ultimately decided to pack those batteries into steel boxes to prevent collateral damage in the event of a fire. Boeing never made public just how much that forced timeout cost the company, but industry experts estimate it was around half a billion dollars -- not including compensatory payments to affected airlines.

It's also unclear what effect the current crisis will have on Boeing's next big project, the medium-range 797. The new plane was designed to fill the gap between the 737 and the company's long-haul aircraft, but the project has been delayed in recent years because it reportedly devours approximately $15 billion in development costs. The company may now need to pony up after all. The 737 has certainly paid for itself many times over, but its life span is coming to an end. At some point, Boeing will want to stop sprucing up its old models and build a new one.

Muilenburg's next setback could come at the end of this month, or earlier. The World Trade Organization (WTO) is expected to soon hand down a long-awaited ruling in a subsidy dispute with Airbus that has gone on for more than a decade. The ruling will not be in Boeing's favor. Just last year, the European concern ran afoul of the WTO over allegedly unlawful funding for its wide-body A380 aircraft.

Now industry insiders claim that Boeing is being taken to task over billion-dollar government subsidies. It might be a while before Boeing's stock price takes off again. 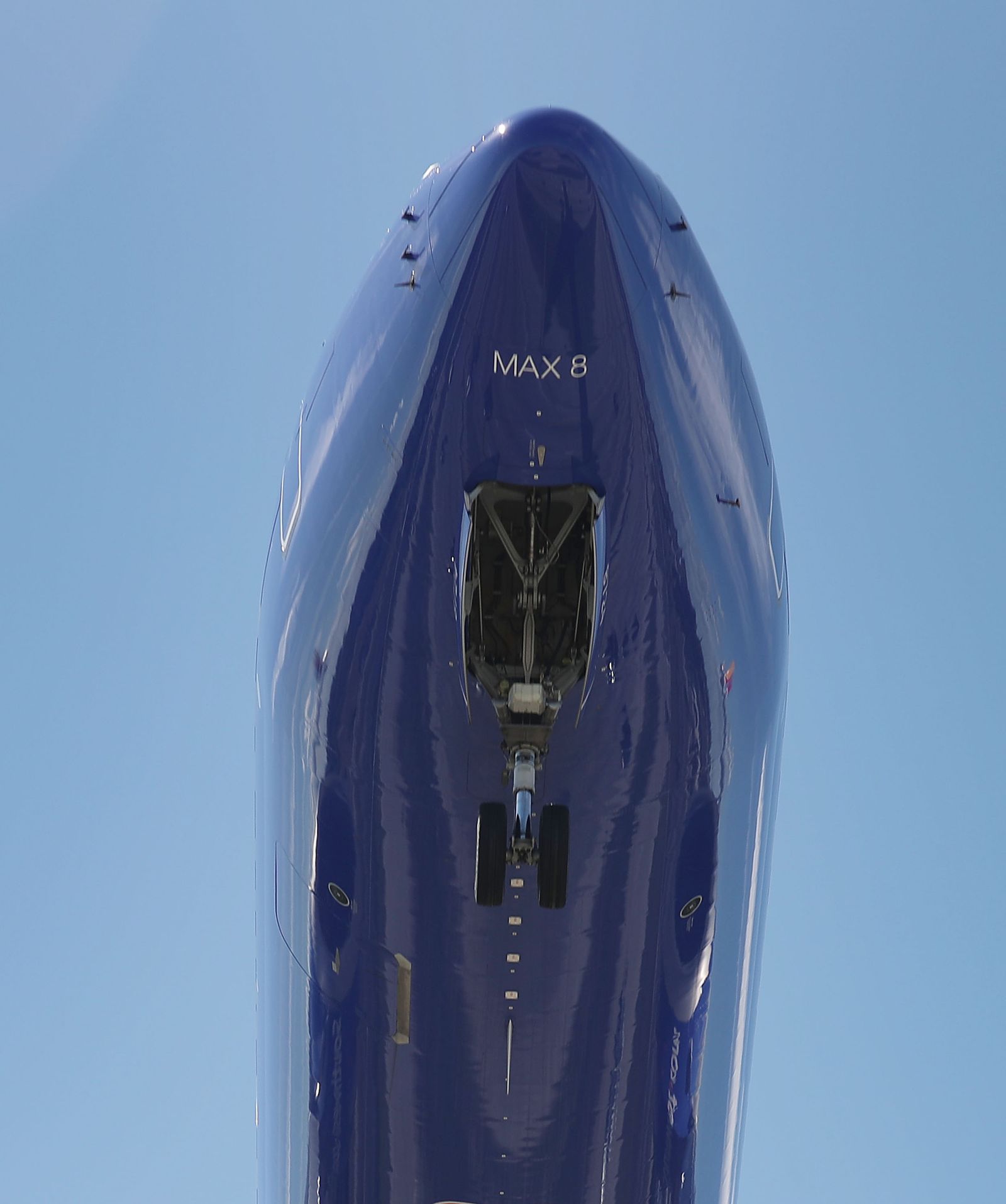