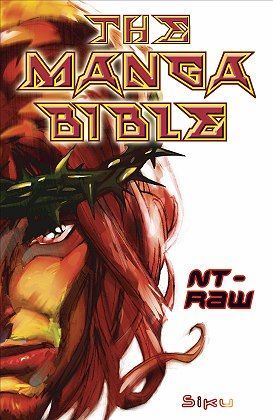 Manga has become wildly popular in Europe and has inspired European publishers to make their own. There is even a manga version of the bible.

At Frankfurt's largest bookstore, Hugendubel, 18-year-old Svenja Malis bypasses the best sellers and heads to the comics section. She's not looking for the latest Betty and Veronica or Supergirl, but manga, the richly illustrated Japanese comics that tell stories of love, mystery, and even horror. A friend got Malis hooked on manga three years ago and, like many girls in her class, she began to finance the habit with her monthly allowance. "I could also read American comics, but I prefer the Japanese ones because they're less clumsy," she says.

While Western comics such as Donald Duck, Tintin, and Asterix long dominated the European market, young readers like Malis are looking eastward. The Japan External Trade Organization says German and French sales of manga totaled $212.6 million last year, making Europe the largest consumer of manga outside Japan. Almost two-thirds of the sales are in France, where adults and youngsters alike have long been avid readers of large-format, hardcover comic books known as bandes dessinées.

In Germany, where comic-book reading has traditionally been less widespread, manga now accounts for 70% of all comics sales, says Joachim Kaps, managing director of Hamburg-based Tokyopop, a manga publisher. "manga is one of the biggest success stories of publishing of the last decade." So successful, in fact, that Germany is now producing and exporting its own manga.

Tokyopop, for example, has licensed titles by four of its authors to Japan, as well as to France, Scandanavia, Eastern Europe, and Brazil. The company, founded in 2004, is an offshoot of a Los Angeles-based company, also called Tokyopop.

Carlsen Manga, part of the Hamburg-based Carlsen Comics group founded in 2005, has licensed books by its top author to Korea, the U.S., and other European countries, says Kai-Steffen Schwartz, Carlsen Manga's editorial director. To cultivate new talent, the company last year began selling 60-page pocket manga books by local authors. The books, which sell for about $2.80, currently have about 300,000 copies in print.

The seeds of the European manga market were planted in the late 1970s, when Italy and France started broadcasting Japanese cartoons. A popular French children's show, Club Dorothée, began airing them in the late 1980s, creating a generation of kids who preferred Japanese animation to Franco-Belgian comics.

Enthusiasts say manga graphics are more visually striking than traditional comics, and the stories often address issues that teenagers worry about, such as awakening to sexuality and belonging to a group. "I love AsterixI have all of them at homebut this is a totally different style," says Jean-Christophe Hamard, 19, browsing manga titles in a Paris bookstore.

In 2005, French illustrator Albert Uderzo penned Asterix and the Falling Sky, in which the diminutive, mustachioed Gaul battles invaders from outer space called Nagma, an anagram of manga. There are now 40 francophone publishers of manga, up one-third in the past year alone, according to the French Association of Comic Critics and Journalists. In 2007, a total of 1,152 mangas from Japan were published in France, 42 more than last year.

Mangamania has hit Britain, too. Tokyopop's British operation, launched in 2004, has seen sales double over last year, to $8 million. Other British publishers released manga versions of Shakespeare and the Bible this year. Even Monocle, a new business magazine published by journalist and entrepreneur Tyler Brûlé, features manga on the back page of every issue.

The next step for publishers is to figure out how to retain readers when they reach adulthood. While it's not unusual for Japanese businessmen to read manga, the European audience consists mostly of young teens. "That generation is growing up, so the material will also grow up," says Paul Gravett, a British journalist and author of Manga: 60 Years of Japanese Comics.

Tokyopop Germany is about to adapt a series of young-adult novels to manga. And that won't come a moment too soon for Malis, whose friends have begun abandoning the medium. "At age 18, I'm outgrowing the manga fan base," she says.