Great Wall this week became the first Chinese automobile manufacturer to open an automobile assembly plant inside the European Union in the latest move suggesting the country's carmakers are seeking to establish a beachhead into the European market.

Bulgarian Prime Minister Boyko Borisov on Tuesday attended the opening of Great Wall's new factory in the northern Bulgarian village of Bahovitsa. The plant is to be operated jointly by Great Wall and the Bulgarian firm Litex Motors.

For years, European carmakers like Volkswagen have established large joint ventures in order to gain footholds in the Chinese market, but now the tables appear to be turning.

"Stepping on the European market is our strategy," Great Wall CEO Wang Fengying said at the opening festivities.

In the midterm, Great Wall plans to assemble around 50,000 automobiles per year at the 500,000 square meter plant. The number of workers is expected to grow from the current total of 120 to 2,000. Initially, the company plans to sell its vehicles primarily in Bulgaria and neighboring Eastern European countries like Serbia and Macedonia, but it later plans to expand into other EU countries.

Bulgaria, the EU's poorest country, is attractive as a labor market because it is an oasis of cheap wages and low taxes. Workers are considered well educated and the country is ideal as the site for a company like Great Wall to launch. Given that wages for factory workers have risen considerably in China in recent years, assembly sites abroad have become increasingly attractive for some manufacturers.

Just as the Japanese and Koreans did decades ago, Chinese automakers are hoping to gain strong positions in the longer term in the Western European and United States markets. The move, however, also reflects efforts by Bulgaria, which has suffered in the global financial crisis, to attract more foreign investment.

Great Wall is China's largest manufacturer of sports-utility vehicles and operates plants in around a dozen countries, including Russia, Indonesia, Egypt and Ukraine.

Other Chinese carmakers are also expanding, but they are adopting diverse strategies in their push into Europe. Automobile-maker Geely, for example, purchased Swedish carmaker Volvo from Ford in 2010. And China's largest homegrown carmaker, Chery, together with Italy's DR Motor, bought a Fiat plant in Termini Imerese in Sicily. 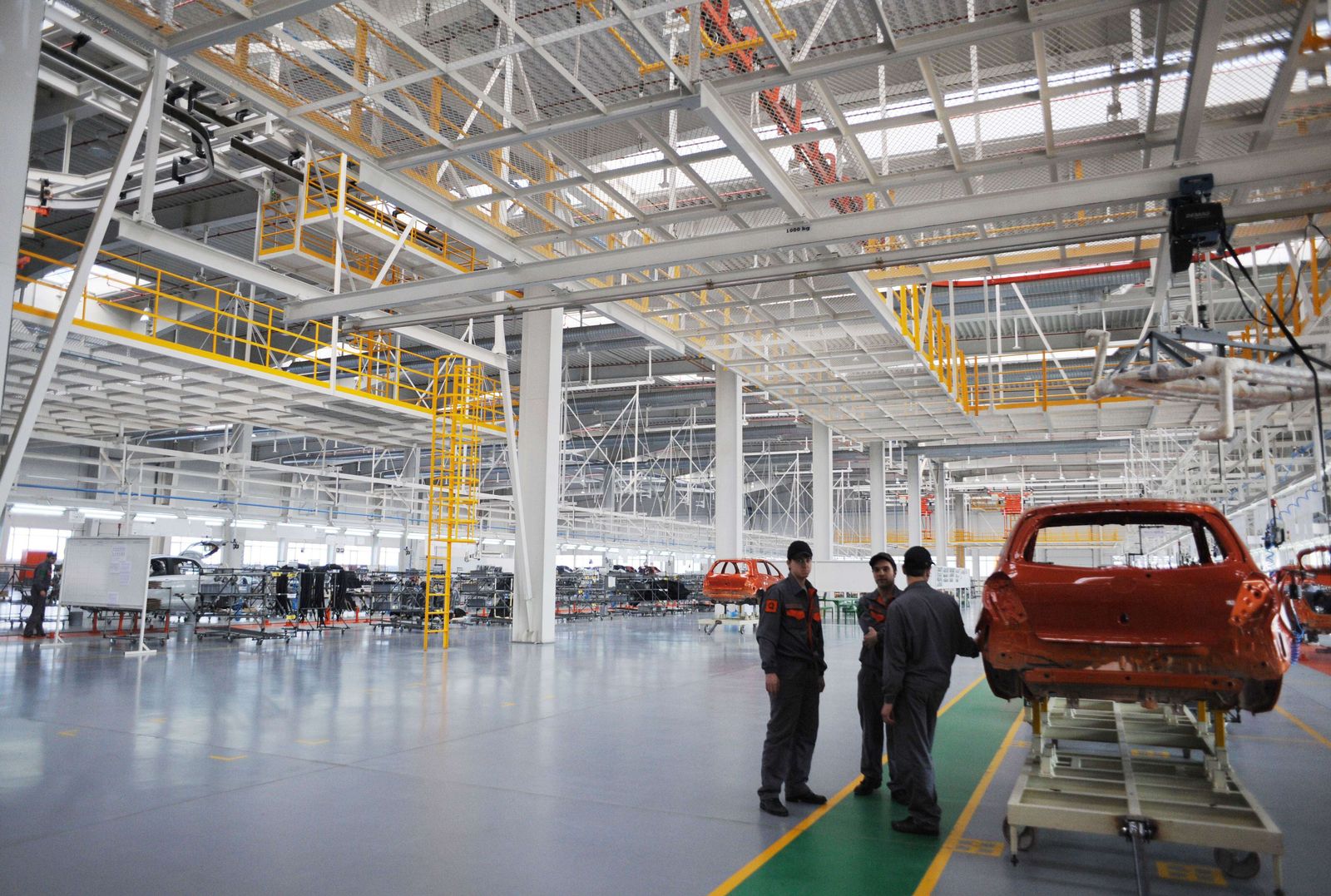 A Chinese beachhead into Europe: Employees stand next to an assembly line of the new Great Wall Motor car plant in the Bulgarian village of Bahovitsa.