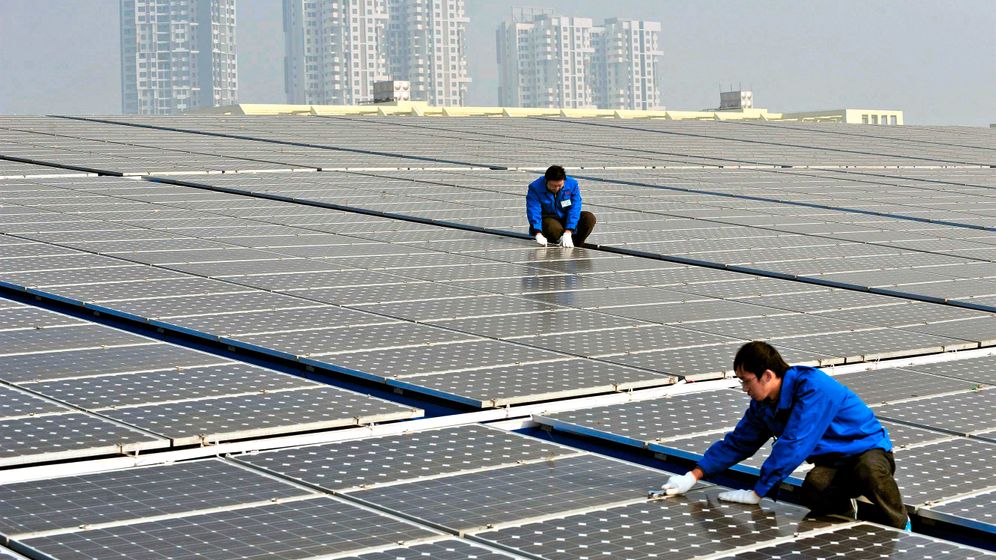 This August, China's leaders withdrew to Beidaihe, a bathing resort on the Bohai Sea where they have gone to calmly debate issues of power and personnel since the days of Mao. Politics, or so it seemed, had gone on a summer holiday.

But that's where, on Sunday, August 11, the government released a guideline with the modest title "Opinions of the State Council on Accelerating the Development of Energy-Saving and Environmental Protection Industries." According to the document, the government is upgrading the environmental sector to the rank of a "key industry," a title that had been reserved for the steel and pharmaceutical industries, as well as biotechnology. Under the new guideline, the sector is expected to earn a massive $728 billion (€545 billion) by 2015, and to grow at twice the rate of the rest of the economy.

Beijing wants to boost manufacturers of energy-efficient power plant equipment, significantly increase the number of cars and buses running on liquefied natural gas and further expand the number of wind and solar farms, as well as nuclear power plants.

The government plans to achieve all of this using investments, tax breaks and direct subsidies -- from which companies with foreign investors are expressly to benefit as well.

It appears that the world's second-largest economy and biggest climate offender is on the verge of an energy shift, and German industry could be one of the largest potential beneficiaries.

'You Could Call It Liconomics'

"The new guideline is so important because it uses strictly economic arguments," says ecologist Zou Ji of the National Center for Climate Change Strategy and International Cooperation. Beijing's message, he explains, is tailored primarily to the entrepreneurial spirit of the Chinese people: "Environmental protection can make you rich!"

The new government of Premier Li Keqiang, which came into office in March, wants to urbanize the country and convert China's economy from an industrial to a more environmentally friendly service economy. "You could call it Liconomics," says Zou, noting that if he were an entrepreneur today, he would know where there is money to be made: "First, in waste water treatment; second, in the expansion of the power grid; and third, in the construction of subway systems."

Energy expert Wang Xiaokun of the consulting firm Sublime China Information predicts that the Germans, with their position at the cutting edge of environmental technology, will play an important role in China's energy offensive. "German companies can sell high-priced products and will encounter favorable import conditions," she says, adding that the new guideline is a turning point in China's environmental policy. "The Chinese market has great potential."

Ma Jun, one of China's most prominent environmental activists, says he too "likes" the new document. Whereas earlier administrations primarily engaged in environmental rhetoric, a new strategy is now taking shape. "It's still about growth," says Ma, "but as of this point it's the kind of growth that China really needs: healthy growth."

None of the experts has any illusions why China's rulers have suddenly developed such foresight. "The shift came last winter," says Ma. The urban elites, he explains, were unsettled by the smog that blanketed northern China for weeks, and since then Beijing has exerted massive pressure on local governments to reduce emissions -- especially in Hebei Province, to which Beijing has outsourced many of its power plants and factories.

"What's happening in China is unbelievable," says Stephan Kohler, director of the German Energy Agency (dena). He was in China last week to sign consulting agreements, including a contract with the state-owned Chinese grid operator on how to integrate solar energy into the power grid. But the Chinese are also interested in advice on cutting the costs of heating residential buildings that house hundreds of millions of people.

"China will build as much new residential space in two years as there is all of Germany now," says Kohler. And the Chinese, he adds, now know that they have to design new residential and office space to be as energy-efficient as possible.

"Even today, China is having to import more and more oil and gas," Kohler explains. "The Chinese have an aversion to this dependency." Beijing, he says, has always emphasized autonomy, which is why the leaders' motivations for the new energy initiative are also political.

German energy companies should definitely go to China, says Kohler. He notes that the Chinese are primarily interested in modern German control technology for the power grid and, of course, in machines to build green energy systems. "There's something that was drowned out in the dispute over punitive tariffs against Chinese photovoltaic facilities," says the head of dena, referring to the conflict around this summer's imposition of anti-dumping duties on Chinese solar panels by the European Union. "80 percent of all machines used to produce solar panels in China are from Germany." 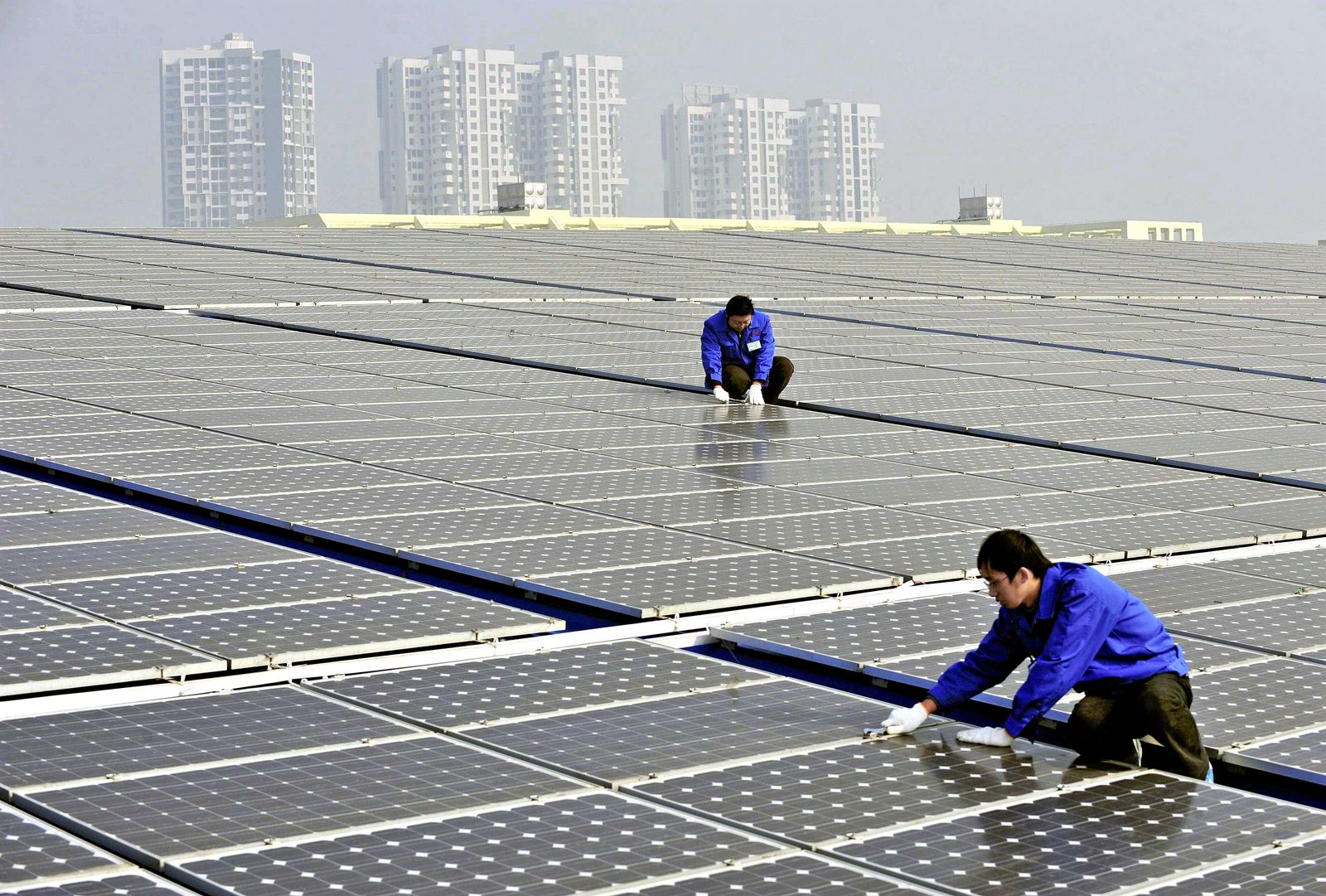 On Sunday, August 11, the government published a guideline with the modest title "Opinions of the State Council on Accelerating the Development of Energy-Saving and Environmental Protection Industries." According to the document, the government is upgrading the environmental sector to the rank of a "key industry." Here, technicians maintain solar panels at a solar power plant in Wuhan, Hubei province.