In the financial world, there is a narrow divide between heaven and hell. Frenchman Loïc Féry realized this when he was 33. He was a rising star in the banking world, managing the trade in complex loan packages for an investment bank. According to his business card, he was the bank's "global head of credit markets." But then one of his employees gambled away about €250 million ($317 million), and suddenly Féry was without a job.

That was in 2007. A number of investment bankers experienced a similarly precipitous fall in the turbulent years of the financial crisis. But, like Féry, many reappeared before long and became more successful than ever, in the world of the so-called shadow banks. These are companies that engage in business similar to that of ordinary banks, but without being subject to the same strict regulation.

Féry launched a hedge fund in London. These notorious investment firms collect money from customers and speculate with a wide range of securities. Today Féry makes the kinds of investments that are too risky for his former colleagues. He lends the money of his customers to companies whose creditworthiness isn't good enough to qualify for loans from ordinary banks, and he also buys especially risky loan packages from lenders. As a result, he is able to achieve double-digit returns in the midst of a crisis.

But the Frenchman, who has become so successful that he was able to buy a first-division football club, FC Lorient, insists that companies like his make "a positive contribution to the real economy," because they manage risks professionally.

Growing Concern About Lack of Regulation

But banks, regulators, politicians and economists are worried about the parallel universe that has developed beyond the major banks. Until the 2007 financial crisis, shadow banks grew at a pace similar to that of ordinary financial institutions. Hedge funds, special-purpose entities and money market funds benefited from the low interest rates offered by central banks. Banks increasingly used outside companies to handle all the deals that were too risky for them, so that they wouldn't appear on their books. In this manner, shadow banks and regular banks collaborated to build a castle in the air made up of loans.

Within a few years, the volume of financial transactions in the world of shadow banks grew from $27 trillion to $60 trillion today. Now regulators finally want to clamp down and set up a regulatory framework that has so far been conspicuous by its absence for this sector.

After the financial crisis of 2008, German Chancellor Angela Merkel, of the center-right Christian Democratic Union (CDU), said that there could be no "blind spots" on the map of financial market regulation. But while more and more laws were passed to control banks, regulation of the shadow banks is only just beginning.

The man who is supposed to bring about the necessary change works in an office tower far away from major financial centers. When Svein Andresen broods over how he can best go about taming the wild masters of money, he sees the Black Forest through his office window. The level-headed Norwegian is the secretary general of the Financial Stability Board (FSB), which is housed at the Bank for International Settlements in Basel, Switzerland, the umbrella organization of the world's central banks.

The FSB is intended to avert a repeat of disasters like the 2008 crisis. "For years, governments and regulatory agencies paid too little attention to financial institutions outside the world of banking," says Andresen. Now he wants to bring order to the chaotic world of shadow banks. But it's a slow process.

In a few days, Andresen and his colleagues will present their proposals for new laws which they hope will be enacted worldwide. But then the political discussions will begin anew, and it will take until at least September 2013 before the new rules are in place.

At the moment, very little is known about many of the shadow companies. Precisely because they remained largely unregulated for so long, there is no government agency that could order them to provide information. "It's a classic chicken-and-egg problem," says Andresen. Without regulation there can be no data, and without data there can be no regulation.

Even the question of who should handle data collection in the future has triggered a dispute between politicians and regulators. It isn't easy to bring together opinions from the 20 countries whose governments meet regularly at the G-20 summits of leading industrial and emerging economies. To get the mammoth problem under control, FSB staff members have compiled a "world map of shadow banks," as Andresen calls the puzzle-like project.

Fifty different types of companies have been identified, and the FSB now intends to focus on the roughly 10 most common types. Regulators suspect that these companies alone have assets totalling $20 trillion.

But the more detailed the research is, the more difficult it gets. For instance, Germany's financial regulator BaFin called for the broad documentation and regulation of hedge funds, only to be blocked by Great Britain and the United States -- not surprisingly, given that many of these funds are headquartered in London and New York. Now only hedge funds that engage in real credit transactions will be subject to greater scrutiny in the future, a group that makes up less than a third of the industry.

Hedge fund manager Féry's business would likely be included. The Frenchman vehemently rejects being branded a reckless gambler, and he is not entirely wrong.

Unlike other hedge funds, says Féry, he works without outside credit. If money is lost, he explains, "only our reputation as manager and our end investors -- who know the risk we are taking -- are affected."

Even a regulator quietly admits that the most dangerous loan packages, which Féry buys from banks, among others, are in better hands at a hedge fund, because the deposits of bank customers are not being put at risk. "Those are the good sides of the shadow banking system." Féry also believes that small- and mid-sized companies in particular depend on his services because the banking crisis has forced them to "struggle for financing."

Using similar arguments, lobbyists from other areas of finance have already managed to keep their customers largely out of the discussion. For example, the FSB is not treating so-called private equity firms as shadow banks yet. Their classic business consists of borrowing money from banks and taking over companies, and then burdening those companies with the debt.

That doesn't threaten the stability of the entire financial system. However giants like the Blackstone Group, founded by billionaire Stephen Schwarzman, have long since turned into asset management companies, investing in almost anything available on the financial markets.

Paul Schott Stevens, too, would prefer to keep his clientele away from the scrutiny of regulatory authorities. The 59-year-old descendant of a family of butchers from the southwestern state of Baden-Württemberg is the top representative of an industry that is as powerful as it is obscure. He is the president of the Investment Company Institute (ICI), which represents money market funds.

The funds collect money from conservative investors, including pension funds, insurance companies and ordinary savers. This money is lent for very short periods -- weeks or months at the most -- to banks, municipalities or companies. The lending takes the form of purchases of short-term bonds.

Most money market funds, which control almost $5 trillion in investment capital, are headquartered in the United States. In 2008, they put the fear of God into regulators and politicians when one of the companies, the $62 billion Primary Reserve Fund, bought up large quantities of short-term debt securities from Lehman Brothers. After the investment bank went bankrupt, the fund had to be liquidated.

The Illusion of Security

It came as a shock to customers in the industry because money market funds had long been viewed as a safe investment, precisely because, on the surface, they are often very similar to banks. They even issue credit cards and checkbooks in the United States.

When it became clear that security is an illusion, the one thing happened that regulators in the financial world fear most: Investors went into a panic and emptied their accounts. The government was forced to issue a guarantee for the money market funds. If it hadn't done so, it is quite possible that the next worldwide financial quake would have been triggered. This is because the industry is a major financier of banks, including European banks.

US money market funds sent the financial world into turmoil once again in 2011, when they withdrew billions of euros from French banks that had become the subject of market speculation in the euro crisis. This time it was the international central banks that came to the rescue, providing the banks with a fresh injection of dollars. French banks, in particular, were dependent on the steady flow of short-term capital from the money market funds. In many cases, the banks would turn around and relend the money for long-term purposes, such as aircraft leases.

Regulator Andresen wants to put a stop to such events. "If the money market funds run into problems, they immediately transfer the risks to the banks -- and vice-versa," he says.

There are plenty of proposals for stricter controls. Since 2010, the US money market funds have at least had to disclose more details about where they invest. They are also required to have more cash reserves on hand in case large numbers of customers suddenly want to withdraw their deposits. Andresen would also like to install thicker security buffers or water down the value guarantee that money market funds give their investors.

The crazy thing is that Andresen's efforts could bring about precisely the opposite of what he wants to achieve. Because of low interest rates on the bond markets in which money market funds invest, profit margins are already extremely slim. "The business isn't profitable at the moment," industry representative Stevens says emphatically. Stricter rules would cost even more money, and Stevens predicts that many fund managers would quit the business for good.

That too is a nightmare scenario because it would mean that not only many banks, but also companies and even a number of US municipalities would lose an important source of funding. Money market funds buy two thirds of the short-term debt securities issued by American municipalities. Companies that need fresh money to run their daily operations also regularly resort to the shadow lenders of the financial industry.

"The world would be a very, very dark place without money market funds," says Alice Joe of the US Chamber of Commerce. That's because many companies need millions from one day to the next, she explains. All it takes is a call in the morning to the right dealer, "and they'll have the money in their account that afternoon." The same process would take three days with banks.

Even giants like the EADS Group often rely on short-term funds because aircraft production is expensive. If something goes wrong in the production chain, the group's financial managers need to come up with giant short-term loans within hours. When EADS issued €300 million in new bonds a few weeks ago, "they were placed within 15 minutes," says Jörg Weber, who handles the group's dealings with money market funds. It cannot be in the interest of regulators to see such an important industry fall apart, says US lobbyist Stevens.

It's because of concerns like this that the realm of the shadow banks will likely continue to grow. The stricter the regulations for normal banks, the more money migrates to the unregulated parts of the financial world. FSB Secretary General Andresen fears that investors will soon forget the potential consequences of risky deals with shadow banks. "And if regulations aren't in place by then, we could easily experience something similar to what happened in 2008." 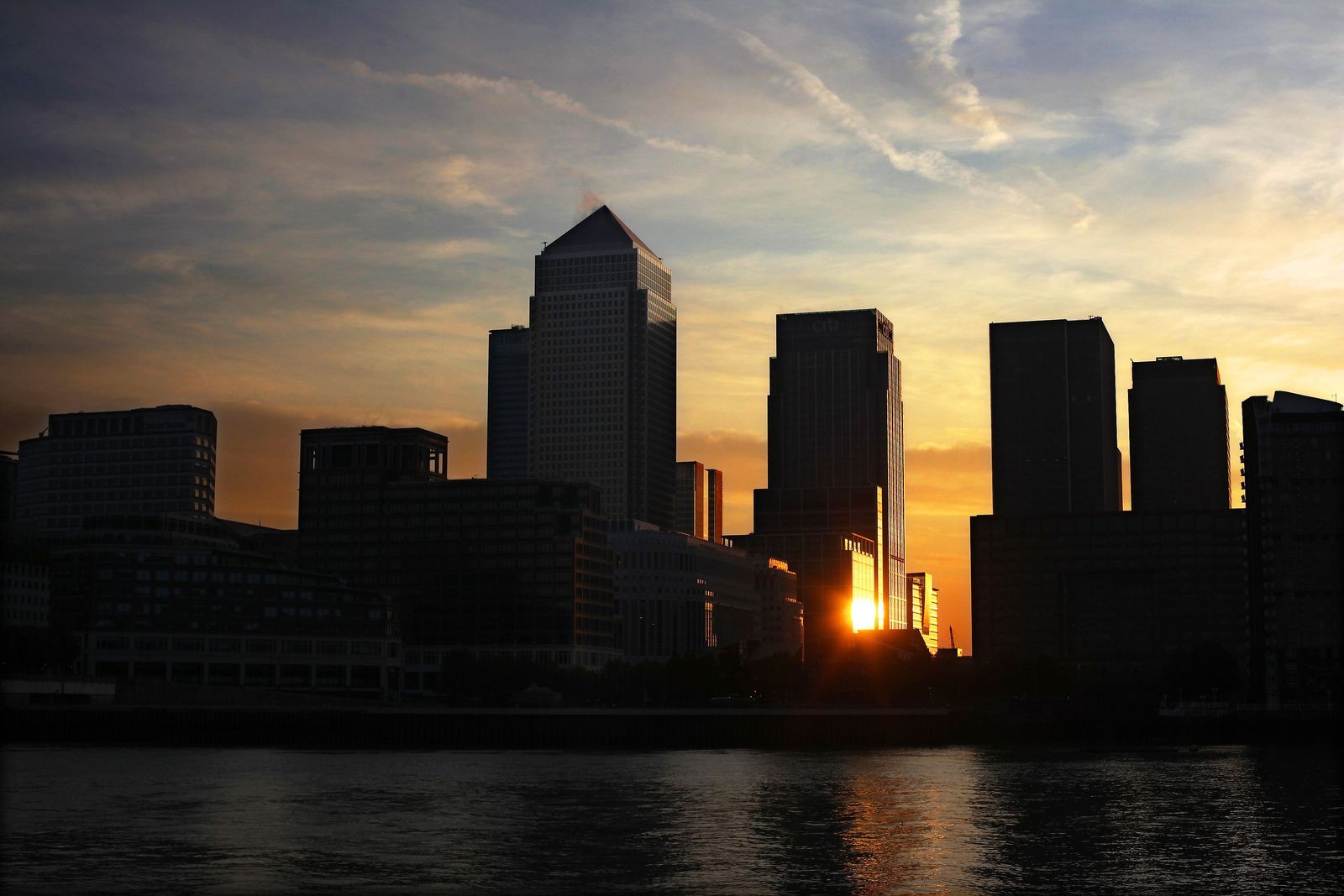