The recent problems plaguing Europe's prestigious Airbus A380 aircraft grew on Wednesday with the announcement that Australian airline Qantas would take one of its super jumbo jets out of service until next week.

Qantas announced that it had discovered 36 hairline cracks measuring around 2 centimeters (0.78 inches) each in the wing rib feet, the metal brackets that connect the wing's ribs to its skin.

The airline has stated that the cracks pose no risk to flying the plane, the world's largest passenger aircraft. European airline manufacturer Airbus has also stated that the damaged sections are not parts that are critical to flight safety. Following repairs, the aircraft is expected to resume flight operations next week.

The cracks in the Australian airline's aircraft are reportedly different from others recently found in A380s flying in Europe. Mechanics discovered the latest problem during safety checks that Airbus had ordered after a Qantas A380 encountered severe turbulence in India in January that injured seven people during a flight from London to Singapore.

Qantas has denied any connection between the rough flight and the cracks. "This cracking is not related to the turbulence, or specific to Qantas, but it is traced back to a manufacturing issue," a spokesperson for the airline told news agencies.

The aircraft manufacturer first discovered cracks in an A380 a year ago after an engine exploded as a result of a technical defect and had to make an emergency landing in Singapore on Nov. 4, 2010. At the time, inspectors believed the hairline cracks were related to the explosion. Later, however, experts discovered barely visible fissures on the aircraft's other wing -- and eventually on additional A380 aircraft.

On Wednesday, the European Aviation Safety Agency (EASA) issued an order calling for all A380s to be inspected for similar damage. Only a month ago, it ordered that 20 of the 67 A380s around the world be inspected after Airbus detected similar cracks.

The Association Press quoted Dominique Fouda, a spokesman for EASA, as stating the agency is "working with Airbus on a long-term fix that should be ready by the summer."

Correction: The original version of this article incorrectly stated that Qantas had temporarily taken 10 of its A380 aircraft out of service. We apologize for the error. 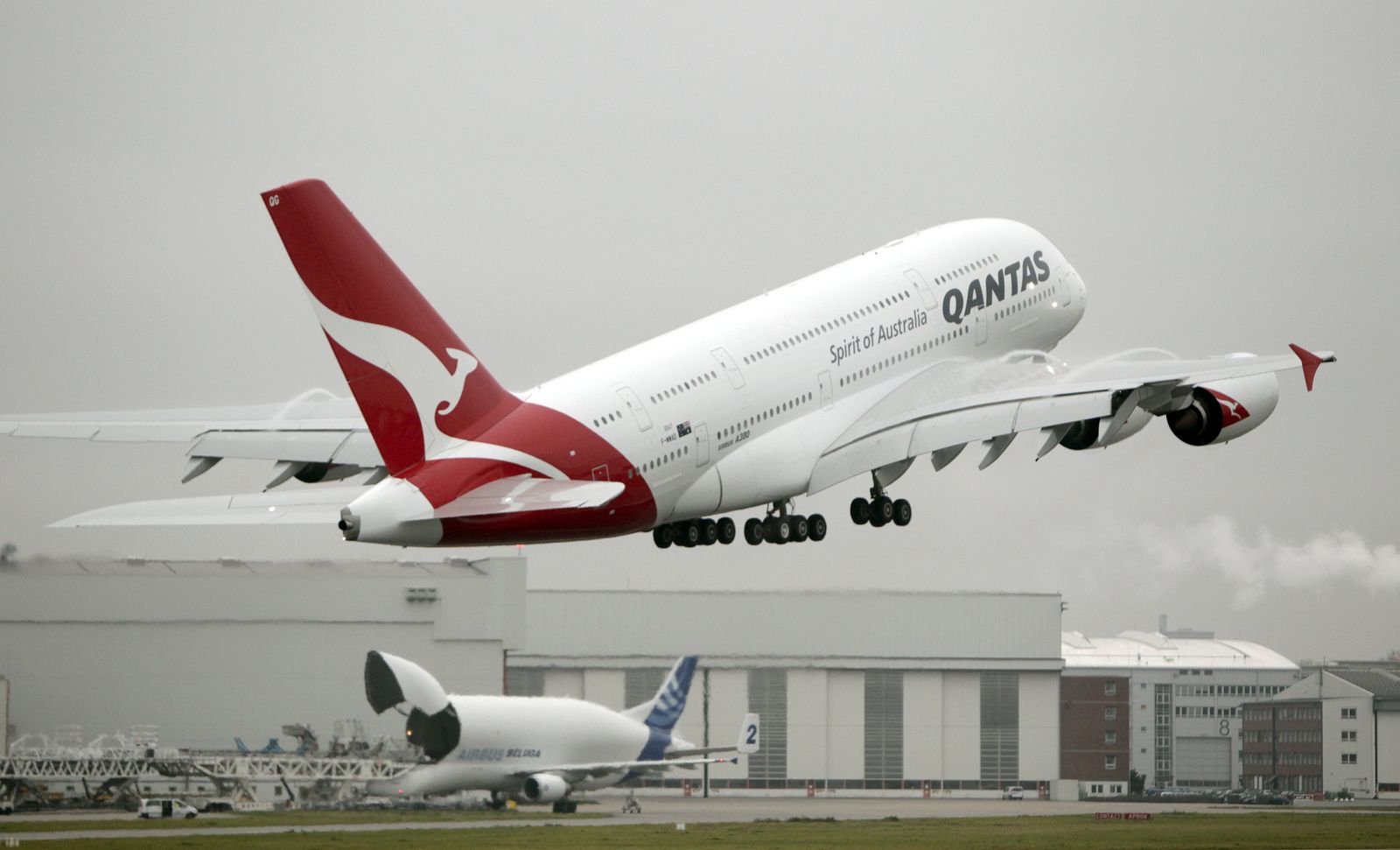 Qantas has stopped all flights on its flagship A380 aircraft until repairs can be made to cracks in the plane's wing rib feet.