On March 19, joining a growing chorus from American businesses, more than 50 major US investors are asking Congress to enact tough federal legislation to curb carbon emissions and to overhaul energy policies nationwide. It marks the first time that a group of major money managers, including Merrill Lynch and the California Public Employees' Retirement System, have requested that Congress take such extensive action on global warming. 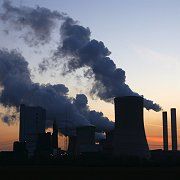 The investors say that US companies need clear, consistent regulation and federal standards to help them address climate issues. "Without national policies, the competitiveness of American business will be compromised," says Fred Buenrostro Jr., chief executive officer at CalPERS, the country's largest public pension fund, with $230 billion in assets. "We don't think we can wait."

The statement, coordinated by the environmental and investor coalition Ceres and the Investor Network on Climate Risk, marks the latest example in the unusual trend of business groups requesting government action on climate change. Days before President George W. Bush's State of the Union address in January, 10 major companies, including General Electric and BP, joined with four environmental groups to ask Congress for legislation to limit greenhouse gas emissions. And last week, executives of General Motors, Ford, Chrysler, and Toyota North America pledged to support mandatory caps on carbon emissions, as long as the caps covered all sectors of the economy.

Business groups say that the current wait-and-see approach is not enough. "With this action, investors are turning conventional wisdom on its head," said Mindy Lubber, president of Ceres. "The thinking has been that controlling carbon emissions is bad for the economy; now it's clear that the danger is not acting to curb emissions."

The investors' statement reads like an environmentalists' manifesto. While it doesn't advocate a specific bill or policy proposal, it calls for the U.S. to "achieve sizable, sensible long-term reductions of greenhouse gas emissions" -- that is, the 60% to 90% reductions below 1990 levels by 2050 that leading scientists recommend. The statement lays out three general policy proposals: 1) a realignment of energy policies to spur the growth of clean technologies, 2) directions from the Securities & Exchange Commission (SEC) specifying what companies should disclose to investors on climate change in their financial reporting, and 3) a mandatory market-based solution, such as what has come to be known as "cap-and-trade."

In a cap-and-trade system, the government sets a ceiling on greenhouse gas emissions. It then sells or grants credits to businesses allowing them a certain level of pollution, likely based on their track record. Companies that reduce emissions below their quota can sell credits to companies that exceed theirs. The idea of this market-based system is that while some firms may pollute more than others at first, the cut in overall emissions is guaranteed. "Merrill Lynch is convinced of the wisdom of exposing the public costs of carbon emissions to market discipline," says Mark Goldfus, senior vice-president at Merrill Lynch.

The Politics of Timing

While it's certainly unusual for business groups to request more regulation from Washington, the investors say that global warming is now a fact of life and the companies they're backing need to understand the terrain they're navigating. "In the current unpredictable national climate policy environment, it is exceedingly difficult and risky for businesses to evaluate and justify the large-scale, long-term capital investments," reads the investors' statement. It goes on to outline the growing patchwork of regulations that mandate emissions reductions, including in California and New Mexico, as well as in the European Union.

A note of skepticism is in order. Investors and companies may be acting now because a business-friendly President is in the White House -- and they could face tougher mandates if they wait until after the 2008 Presidential election. "It's a timing issue," says Peter Frumhoff, director of science policy for the Union of Concerned Scientists, an environmental group. "The Bush Administration is more favorable to some businesses, and what would happen beyond 2008 is unclear. Everyone realizes there will be federal policy in the next three to four years, so now is the time to help shape it."

There are now five bills in the Senate that would impose mandatory caps on carbon dioxide, and the issue is already a favorite topic on the campaign trail among 2008's many Presidential hopefuls.

That's not to say there isn't controversy over capping emissions. The Bush Administration still endorses voluntary limits on utilities and other emitters, a reversal from his pledge during the 2000 campaign for a mandatory cap. There is also debate among environmentalists and policymakers about how effective cap-and-trade policies are at reducing emissions, especially because the effects of such policies in the European Union have been mixed. And critics say that allowing companies to buy and sell the right to pollute might reduce emissions overall, but could create "hot spots" in geographical areas where companies buy up more credits.

Congress may ultimately decide that a straightforward tax on carbon emissions will be more effective than a cap-and-trade system. Still, investors are sending Washington a clear message: They expect the country's elected politicians to step up and provide clear guidance on such an important issue.

"Global warming presents enormous risks and opportunities for U.S. businesses and investors," says Buenrostro of CalPERS. "To tap American ingenuity and drive business to a leadership position in the low-carbon future, we need regulations to enable the markets to deploy capital and spur innovation."

Moira Herbst is a reporter for BusinessWeek.com in New York.