The American bookselling giant Barnes & Noble set the German book world abuzz last month when it incorporated in Berlin. A company official had said earlier in London that the retailer had no intention of opening stores outside the United States. What, then, was its aim in Germany?

The answer: Nook. The company has increasingly hitched its fortunes to its line of e-book readers, which trails only the Amazon Kindle in popularity. According to German publishing trade magazine Buchreport, Barnes & Noble Digital Media GmbH is likely to partner with one of the country's leading bookstore chains to promote the Nook in the German market.

The only problem is that the German e-book market is almost nonexistent. Though e-book sales have increased by 77 percent in Germany in the past year, they still account for just 1 percent of total book sales, market research institute GfK reported last month. Compare that to the United States, where last year e-book sales overtook paperback sales for the first time and continue to make gains.

The reason for the struggle to establish e-books in Germany is two-fold, say book market researchers. The first part of the explanation is cultural: Books are simply more deeply ingrained in the German way of life.

"I think it's first and foremost a cultural issue," says Jürgen Harth of the German Publishers and Booksellers Association. "On just about every corner there's a bookshop. That's the big difference between Germany and the US."

The ready accessibility of print books in Germany diminishes the convenience factor that has boosted e-books in the US, where print books often can't be obtained at a moment's notice.

"In the US, there are cities without any local bookstores," notes Dominique Pleimling, researcher at the Institute of Book Studies at the Johannes Gutenberg University of Mainz.

Pleimling and his colleagues recently conducted a study on German attitudes toward different book formats. They had participants read texts in print and on digital readers and asked them to rate their experiences.

"Most participants said, 'We read best on paper,'" Pleimling says.

But the participants' eyes and brains told a different story: Eye-tracking data and electroencephalography, or brain activity measurement, showed that people read equally well in print and on digital devices.

"But the subjective perception of the participants was that paper was best suited to reading," Pleimling says. The discrepancy stems from a "cultural mindset," he believes, that has consequences for the e-book market in Germany.

"It'll take some time before it gains acceptance," Pleimling says.

In addition to these cultural impediments, an e-book revolution is also hindered by economic factors. In the US, where book prices are set by the bookseller, e-books tend to be considerably cheaper than their print versions. But the German book market is governed by Buchpreisbindung, or fixed book pricing, which requires all booksellers to abide by the prices publishers set.

For print books, this means no deep discounts at big chain stores or online, as one might find in the US. It's a system that boosts the independent bookstores that are so prevalent in German cities. But publishers also set prices for the digital versions of their books, and since they don't want to undercut their print sales, they tend to cost just a few euros less than the paper version.

Additionally, while print books are specially exempt from Germany's standard 19 percent value-added tax and subject to a 7 percent tax instead, e-books receive no such exemption. This means that for a book worth €10 ($13), the tax for the e-book version is more than a euro higher.

"People in Germany have said in surveys that e-books are simply expensive," Pleimling says. "For digital books, they don't want to spend more than €6, and €10 max. But then they look and see that the e-books are selling for €2 less than the hardcover editions."

Still, Pleimling sees considerable growth for German e-books in the coming years. Whether Barnes & Noble can take advantage, however, is another question.

"I don't know if Barnes & Noble's strategy is clever," Pleimling says. "They want to establish themselves as a player, but right now, Barnes & Noble as a brand is unknown in Germany." 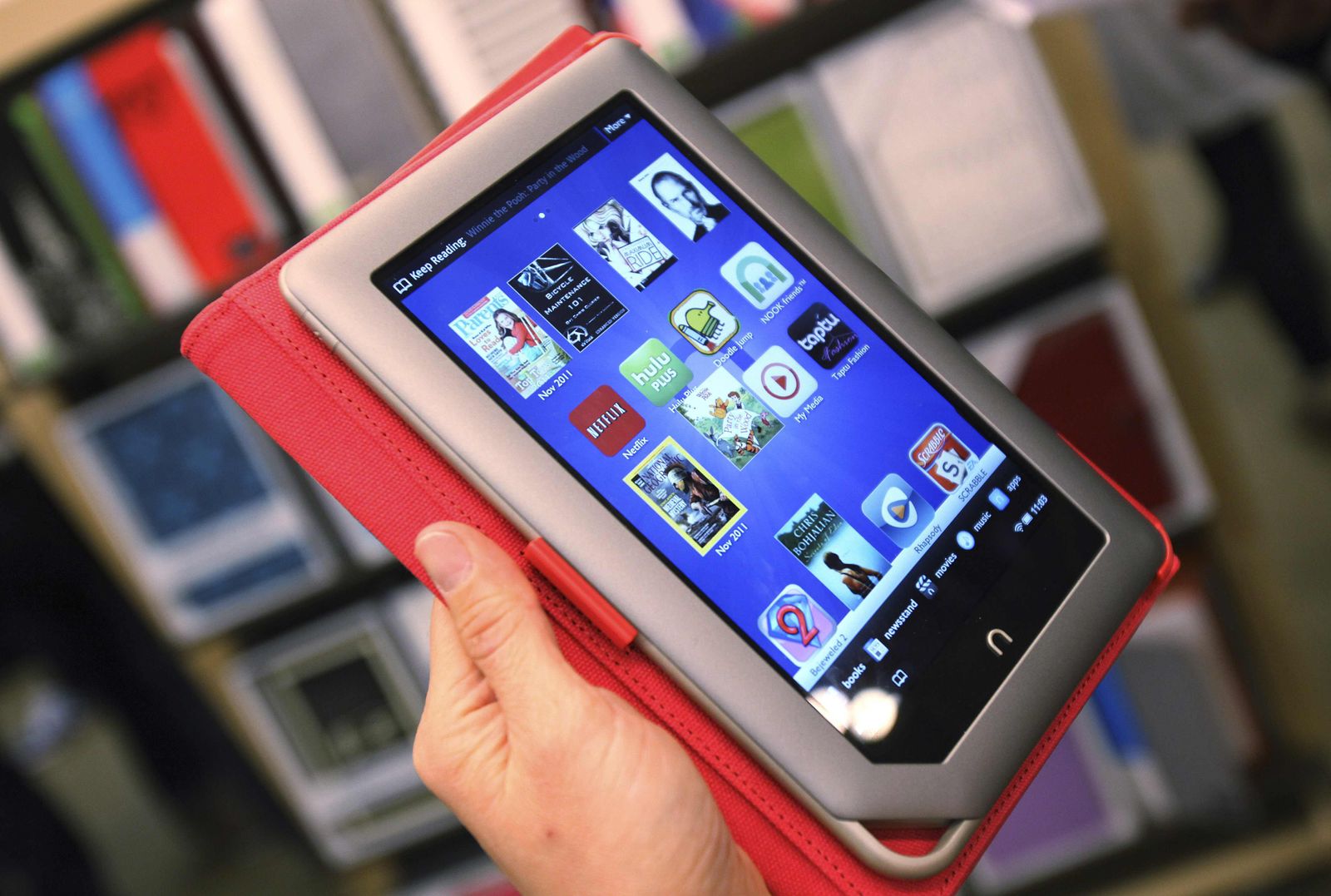 Barnes & Noble hopes to bring its Nook e-reader to the tough German market.