On Jan. 28, several thousand of the world's leaders will meet at Davos for the World Economic Forum (WEF)'s annual meeting. This year it is entitled "Shaping the Post-Crisis World." While the organization calls on ordinary people to make contributions via YouTube videos, the event is restricted to invitees only, an elitist process based on the perceived importance of the individual. 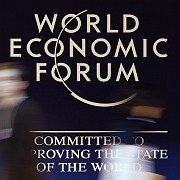 The World Economic Forum's foundational board includes only four womena and the managing board has no women at all.

Women clearly have never made up a major part of the event. It was for this reason women organized their own "Davos" -- the Women's Forum for the Economy & Society -- held at Deauville, France, every year.

But the absence of an equal balance of women to men in the WEF's own leadership structure (which plans the topics that will be discussed at Davos and makes the ultimate decision about whom to invite) suggests that the organization itself has not caught up with the 21st century.

There are only 4 women out of 22 on the foundation board (18 percent) and no women at all on the managing board, which is responsible for the operations and running of the WEF. There are 2 women among the 10 senior directors (20 percent), people responsible for subject areas within WEF. It is only lower down the management chain where you find the gender balance becomes healthier -- 52 percent of the directors are women. These people cover subject areas (e.g. security issues) and head functional areas such as accounting.

Loss of Talent and Perspective

Of the co-chairs -- very important figures who help to plan the Davos meeting -- only one of the seven is a woman: Maria Ramos, chief executive of Transnet, a South African freight, rail, and pipeline company. (Ramos announced recently that she had decided to step down from Transnet, after having turned the company around from a time when it had been, in her own words, a "value-destroying organ of the state.")

This dearth of women -- and the talent and different perspectives they could bring -- is reflected in the Davos event itself. The WEF has posted on its Web site an "abridged" list of business leaders who will attend this year. One has to assume it is a reasonably representative sample of the full list. Out of 81 people listed, only 4 are women -- under 5 percent

Why does this matter? There is one extremely good reason, backed up by a whole range of research compiled in recent years by organizations such as McKinsey, Goldman Sachs, the U.S. research organization Catalyst, and others, which shows that women are a huge missed economic opportunity.

There are three key strands to this. First, economies would benefit from a much better utilization of women's skills (now they are the majority of the most highly educated people). Since 2000, women filled 6 million of the 8 million new jobs created within the EU and represented 59 percent of the graduates. A British report in 2006 produced by the Women & Work Commission estimated that the country could generate wealth to the tune of £23 billion (2 percent of gross domestic product) by better use of women's skills.

Last, but certainly not least, companies generally are failing to tap into the growing influence women have as consumers. In the U.S., for example, women make 80 percent of the consumer purchasing decisions. There are many small marketing agencies that have sprung up -- run usually by enterprising women -- to help companies (usually run by men) to market and brand their products and services more effectively to women consumers. Those that do so reap the benefits of higher sales, for little extra cost. It is a "blue ocean" waiting to be discovered.

So, for three very good reasons (talent, leadership, and markets), the issue of developing strategies to harness underused female talent, develop women to the higher echelons of management, and reach women consumers more effectively should be at the top of the agenda at a meeting such as at Davos. Yet it appears to be nowhere. It is certainly not an issue raised on the WEF Web site. Instead, the experts and participants expect to talk about the economic crisis and how to pull out of it. What the WEF may be missing (apart from several hundred to 1,000 women participants) is that the economic opportunity represented by women is one sure way that we can dig ourselves out of this economic crisis. Shouldn't that be on the agenda?

Morice Mendoza is the editor of WOMEN-omics.
Verwandte Artikel