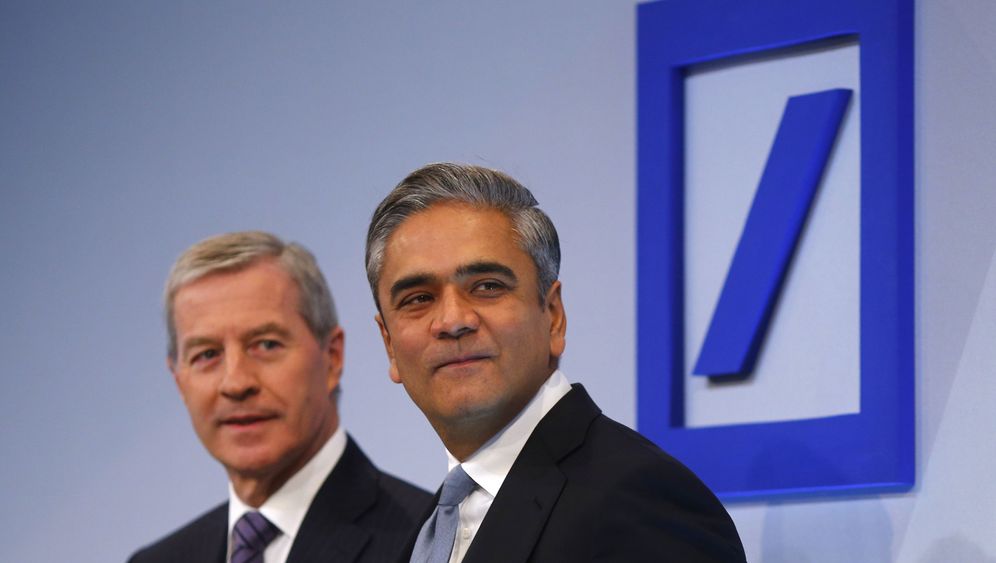 A haggard man wearing only shorts squats on the tiny porch of his wooden shack. The 27-year-old from the Laotian village of Ban Hatxan lives here with his wife and parents. Lying before him are three lifeless lizards, their dinner. Three chickens are running around beneath his pile dwelling, and there is also a pig. This is all the family has left.

The young farmer, who prefers not to give his name out of fear of reprisal, is a refugee. He fled from the Vietnamese company Hoang Anh Gia Lai (HAGL), which operates vast rubber plantations here in Laos. The Vietnamese in this region are known as the "rubber lords."

"They came onto my property three years ago without warning," the farmer says. Since he was a child, his family had lived on the patch of land, extracting oil from palm fruits. "We were able to make a living from it," he says. But then HAGL sent in its clearing squad. "They felled the trees and burnt the rest down, including our house."

More than 8,000 kilometers (5,000 miles) separate Germany from Laos and Vietnam. But HAGL also receives funds and support for its land grab in Southeast Asia via Deutsche Bank, Germany's largest bank. A fund operated by its subsidiary DWS also has direct investments in HAGL, as well as in a second Vietnamese raw-materials company, a subsidiary of the Vietnam Rubber Group. What's more, the bank helped HAGL get listed on the London Stock Exchange.

The story shows how Western financial corporations want to get in on the success of emerging markets like Vietnam at any price -- and how this leads them to support the ruthless exploitation of raw materials used to satisfy the hunger of China and other economic powers, often at the expense of the environment and the indigenous population.

Research by Global Witness, a London-based environmental organization, has found that this land-grabbing is also directly supported by the World Bank in the belief that it brings some benefit to poor countries like Laos. Via its International Finance Corporation (IFC) subsidiary, the development bank has invested money in a private equity fund involved with HAGL that is based in the Cayman Islands, a tax haven.

The IFC states that the fund is responsible for its investment policies, and that it provides assistance in making sure that the fund complies with environmental and social standards that conform to World Bank requirements.

The story begins in the early 1990s, when a young man named Doan Nguyen Duc was building wooden furniture for schools in the Vietnamese highlands. Before long, Duc expanded into the lumber industry and had a hand in the uncontrolled deforestation of Vietnam over the course of that decade. But he only amassed a real fortune after the turn of the millennium when he got into the real estate business.

People now call him "Bau Duc" or "Duc, the Boss." He was the first person in Vietnam to buy his own private jet, he purchased a football club and he says he wants to become the country's first billionaire.

Among those reportedly helping him in this effort is Deutsche Bank, which has been doing business in Vietnam since the 1990s. In 2007, the bank purchased shares of the Vietnamese bank Habubank. Like other fast-growing Asian countries, Vietnam was attracting many investors during that period.

"Bau Duc" first took HAGL public in 2008 on the Ho Chi Minh City Stock Exchange. The IPO was a success, and the company quickly tripled in market value. But "the Boss" wanted more and soon had plans to make HAGL the first Vietnamese company listed on the London Stock Exchange. Deutsche Bank assisted in the effort. In late 2010, it acquired shares in HAGL, and a few months later it facilitated the company's debut on the stock market in London. To allow investors to purchase stakes in HAGL, Deutsche Bank issued global depository receipts (GDRs), which are certificates representing ownership of the underlying shares held by the bank itself.

To ensure the public listing was also a success in London, there needed to be a story about growth. Things hadn't been going very well any longer with HAGL's property development business, so the company began focusing more on raw materials. "The Boss" recognized the potential behind the enormous demand coming out of China and other countries in the region enjoying strong growth.

"I think natural resources are limited, and I need to take them before they're gone," Duc told Forbes magazine in a 2009 profile. And take them he has. At first, it was in Vietnam. But when expansion hit its limits there, he also moved into neighboring Cambodia and Laos.

'What Other Option Do We Have?'

Until 2012, there were 2.6 million hectares (6.4 million acres) of land available for rent in Cambodia, or three-quarters of the country's arable land. Roughly half of the concessions have gone to rubber companies. Laos has awarded land rights to 1.1 million hectares, a large part of which has also been dedicated to rubber cultivation.

Few raw-material magnates have gotten a shot at winning these allotments, and HAGL alone reportedly controls more than 80,000 hectares of land in the region.

A deal that the company closed with the Laotian government shows how it succeeded in becoming a major player in the rubber business. When the country won the bidding to host the 2009 Southeast Asian Games, it urgently needed the help of foreign investors to put on this major event. In return for providing the equivalent of $19 million (€14.6 million) in (credit) financing for the athletes' village, HAGL received concessions to 10,000 hectares of land on which it was allowed to clear forests and plant rubber trees in their stead. Locals living on the land often only learned about the deal when the bulldozers arrived.

Since the Vietnamese company enjoys the support of Laos' central government, local politicians are powerless. "Of course we are also worried about the future and the climate," says one public official in Attapeu, a provincial capital in southern Laos. HAGL's deforestation activities will transform this part of the country for generations, he continues, but he also notes that: "Laos is a poor country, so what other option do we have? We need development." And HAGL promises development.

Global Witness also accuses the company of having used direct personal ties with power brokers in Cambodia and Laos to secure concessions for its land grab. In Cambodia, for example, the area that individual companies are allowed to acquire titles to is limited to 10,000 hectares. But the rubber lords surpassed these limits by using a convoluted network of subsidiaries to secure additional concessions. The companies also regularly clear areas outside those for which they have been granted concessions.

Already in 2012, the United Nations released a critical report on Cambodia in which it said: "The granting and management of economic and other land concessions in Cambodia suffer from a lack of transparency and adherence to existing laws." It is doubtful whether the domestic population benefits from how the land is used, it continues, while corruption is rampant and there are "well documented, serious and widespread human rights violations associated with land concessions." The report also notes that the environment is being destroyed, and that locals aren't being given any say in concession-related matters and are being stripped of their livelihood. Concession holders sometimes use violence, it adds, and have even been supported by the military.

Laos residents are experiencing the same thing. Some of the uprooted farmers in Attapeu Province have withdrawn into a forest clearing upstream along the Xe Kaman, a river that winds its course through southeastern Laos like a brown ribbon. They are afraid of the Vietnamese, and anyone who picks a fight with the plantation company has to contend with Laotian authorities.

Many here are still hoping to receive compensation for the stolen land, among them the haggard young man from the village Ban Hatxan. People from HAGL paid the farmer 1.5 million kip, or about €150, for three hectares of land. They initially didn't intend to compensate him for the house. "They said: 'Why do you want money for that, seeing that it burnt down?'" he says. In the end, one of the men handed him 16,000 kip -- or just enough to buy a noodle soup with meat at a restaurant in the nearby provincial capital Attapeu. Until the government makes a new plot of land available to him, the farmer has no other choice but to work on the HAGL plantation with others who were also displaced.

Is it possible that Deutsche Bank really knew nothing about all this? That's hard to believe. In the share prospectus HAGL published before being listed on the London Stock Exchange, the company itself alluded to legal violations. The document notes how some of HAGL's "existing projects are being developed without necessary government approvals, permits or licences." It also adds that "development and operation of certain projects are not fully in compliance with applicable laws and regulations."

HAGL subsequently claimed that some of the passages in the prospectus had been incorrectly translated, and that it has always acted in accordance with the laws. The company could not be reached for further comment, though.

For its part, Deutsche Bank states that an assessment conducted by the DWS fund, which reportedly only has a 0.6 percent stake in HAGL, found "no evidence of a violation of internationally accepted norms." Were there any proof to substantiate the allegations, it added, the bank would enter a dialogue with the companies to improve conditions related to environmental and social issues.

However, HAGL actually even broke Vietnamese laws with its Deutsche Bank-orchestrated listing on the London exchange and was fined by the country's securities watchdog for doing so.

In any case, financing the rubber lords does not conform to the sustainable banking standards that Deutsche Bank officially professes. "How can Deutsche Bank expect customers and shareholders to believe what it tells them about its ethics and sustainability policies when it is secretively bankrolling these activities?" Megan MacInnes, who is in charge of land issues for Global Witness, asks in a statement.

MacInnes also says this isn't the first time that Deutsche Bank has attracted attention for financing land-grabbing. The Frankfurt-based bankers must use their influence, she says, "to bring the companies' operations back in line with the law, and fix its policies so this doesn't happen again."

At Deutsche Bank, though, there is quite a difference between claims and reality. And that remains the case in the first year of the cultural transformation pledged by the bank's two new co-heads, Anshu Jain and Jürgen Fitschen.